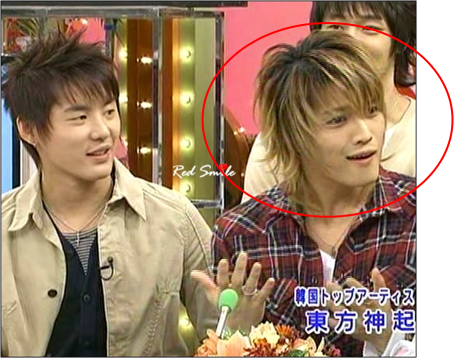 Fans recently discovered that the DBSK trio of Jaejoong, Yoochun, and Junsu are now part of the Twitterverse. Just from reading a few of their very first tweets, we already know that Jaejoong really loves his cat and can’t figure out how to tweet in Japanese.

Now it’s Junsu’s turn to join the Twitter failboat. I’d summarize it all, but I think the tweets speak for themselves:

(Jaejoong) @0101xiahtic Junsu, you use a mac at home, right~? Do you happen to have the mac os x CD? The grey CD that you get when you first buy your computer~
(Junsu) That CD.. ? I’ll look for it~ Hyung, you must be composing right now~lol I made the finishing touches on all of mine in Shanghai^^ hahaha
(Jaejoong) @0101xiahtic Oh, I see ㅠ I’m writing lyrics right now, but I have so much to say that it’s getting tangled up and complicated ㅠ
(Junsu) Lyrics.. Hmm Have you made the melody..? It looked like a lot of melodies could be created from what you had..

*Yoochun butts in here*
(Yoochun) @mjjeje I have it~Or did I throw it away?? Hm~~
(Jaejoong) @6002theMicky Yoochun, I need thatㅠ I’m supposed to do a LOGIC UPDATE but it’s telling me I can’t because I don’t have the OS X version 10.7 ㅠ

(Junsu) Huh, guys, can everyone still see what I tweet even if I click ‘reply’? Then what am I supposed to do? when I want only the person who receives the tweet to see it.. Hm..
(Jaejoong) @0101xiahtic You can do that by sending a DM~
(Junsu) @mjjeje Jaejoong Hyung, like this? If I do this, can only you see it?
(Jaejoong) @0101xiahtic I don’t think that’s it, haha

Not gonna lie, I’m kinda bummed out that Junsu discovered the DM function on Twitter; so many lost stalking opportunities! Although I probably can’t complain after Jaejoong posted this gem…and right after pointing out Junsu’s techfail, too: 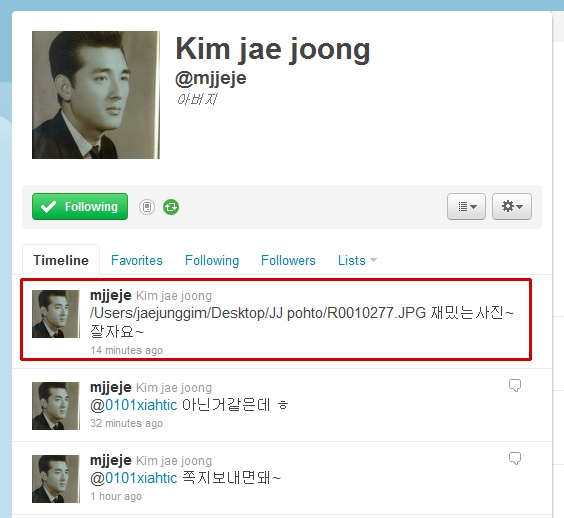 Personally, Jaejoong, I’d love to see what other “pohtos” you might have lying around.

(Oop, and here’s the photo that Jaejoong was trying to post. Once again, it features his cat. Named Jiji. It’s a boy. Jaejoong said so.) 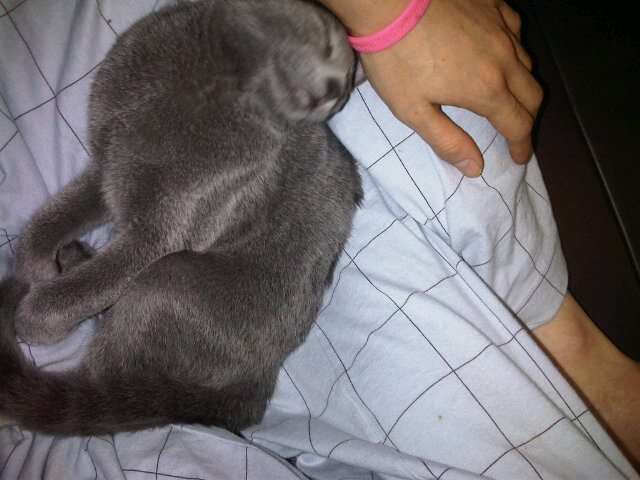