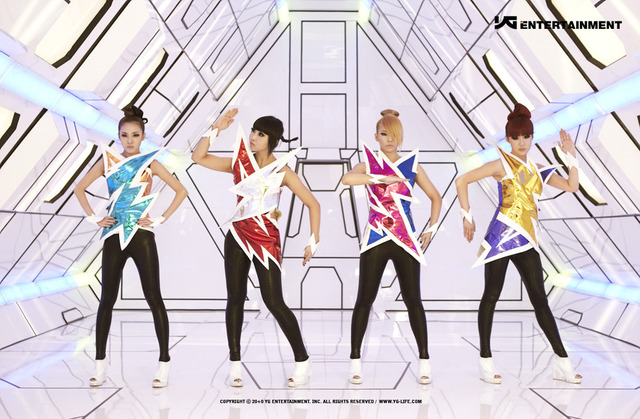 It is official. 2NE1 is ONE OF GREATEST FOREIGN MUSICAL GROUPS OF OUR TIME. Bigger than the Beatles.

YG Entertainment released a statement today announcing “Orders are already flooding in for 2NE1’s first full length album” and “we have already reached 120, 000 pre-orders for the album.”

(Feel the sarcasm leaking out my cold black heart. Just to let you know I am being sarcastic. Really.)

Also, watch out for Inkigayo, as YGE added  “Beginning on the 12th with SBS InkiGayo, 2NE1 will be showing an impressive side of them in their performances to make up for the amount that fans have been waiting for 2NE1’s first full length album.” For those of you that remember, 2NE1 made their rookie debut on Inkigayo with ‘Fire.’ And netizens were vicious. Interesting how times change, isn’t it?

Maybe it’s the sign of our girl-band saturated times that the most anticipated comeback of the year is, well – another girl group. But some people would argue that even though yes, they are group of girls that sing, they are the square peg of kpop and proud of it. Many people are intrigued by what they hear so far, but we’ll have to wait for the album to see if their reputation holds true.
Source: http://news.nate.com…/20100907n03950
Translated by GEE @ ygladies.com