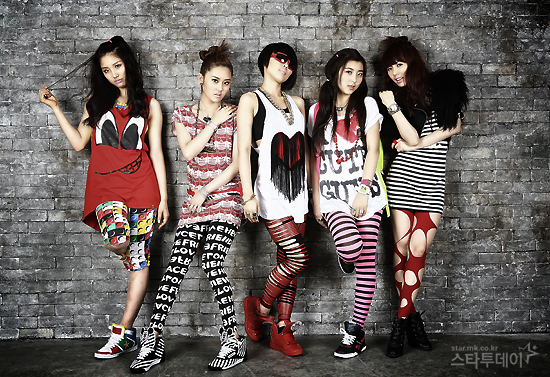 Or should I say, Cube Entertainment? It’s such an unoriginal heading around here but I couldn’t help it. And for that matter, I don’t mean it in its most explicit sense.

While “MUZIK” is climbing the charts, I think the rest of 4Minute‘s mini album deserves some airtime. I’m not sure about the critiques being churned out as we speak but “For Muzik” hasn’t been the most original collection of songs in my opinion. Let’s get rolling, shall we?

I’ll be reviewing two (out of five new songs) of their more outstanding ones. First off we have what I think is going to be another heavily promoted song – “What A Girl Wants”. After a menacing start with “Hot Issue” and another electronica-inspired track in”MUZIK”, this one comes as a watered-down tune to represent a new chapter of 4Minute activities. Sound familiar?

I hate comparing them to 2NE1 but they rubbed shoulders at their debuts and are releasing their first albums after explosive entrances to K-pop (albeit to varying extents). So 2NE1 hits the scene with “Fire”, followed by a hotly lapped up “I Don’t Care” and now 4Minute is following suit. The latter group seems to be grappling at catching up with 2NE1’s “Lollipop” madness through their release of “MUZIK” but can they really make a mark with this mini album?

Nevertheless, I do have good things to say about “What A Girl Wants”. It’s not only toned down from the horrid whining in “Hot Issue” but is rather catchy, again with the English and being not-so-in-your-face-pop that was their debut song.

Second and finally, we have “웃겨 (Funny)”. Now this one had me doing a double-take at first. The song’s intro sounds sneakily like Britney Spears’ “If U Seek Amy” and we know the subtle connotations on that one. Anyhoo, it didn’t turn out as dreadfully, embarrassingly copied as Hyori’s “Get Ya'” (which had its own problems regarding copyright infringements on “Do Somethin'”) – although I have to say they started sounding like two different songs after a period of time.

Back to the song… catchy is catchy but will you be able to see “웃겨 (Funny)” for its own merits? If you’ve had a listen to the full album, shoot your comments below as well!