After bagging surprise MV cameos from two of K-pop’s hotties, Choi Si Won and Donghae, Ariel Lin is aiming for a spot in K-dramas.

With her recent album release, the Taiwanese starlet has set Chinese paparazzos’ tongues wagging with the Suju cameos and a Korean song in her much-awaited musical endeavour. The actress-singer is looking to make a mark in the gruelling K-drama industry with her decorated resume.

Ariel Lin found fame and a huge following in S.Korea from hit dramas such as Love Contract (with Mike He) and It Started With A Kiss (with Joe Cheng). The Golden Bell Award winner, armed with a major in Korean, has found her university degree to be only too handy. Lin has acted as translator on many occasions, assisting Korean stars who’ve had promotional activities in Taiwan.

Where several Asian celebrities have met with the obstacle of having to learn the Korean language to break the market, Ariel Lin’s already won half the battle. Judging by her popularity from a joint fan-meeting with ISWAK co-star Cheng in Korea last year, her fanbase isn’t too shabby. If the gossip-mongers are right about her upcoming K-drama crash course in the country, it won’t be long before we see her on KBS’, MBC’s or SBS’ TV screens. A first for a Taiwanese making it big in K-drama maybe? 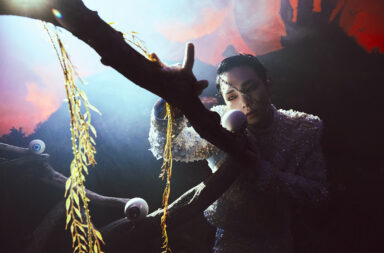