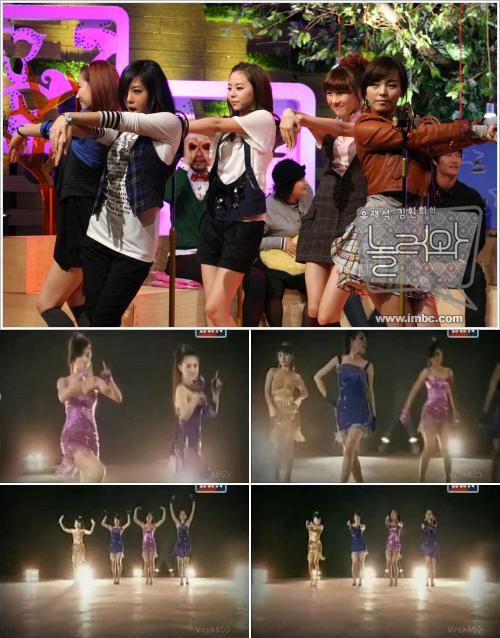 Oh the wrath of Donkey Kong. It was announced today that JYP is finally taking action on copycats of 08’s hit “Nobody”. He had been closing an eye to “parodies” around Asia but with an official recording of the song in Khmer girl group RHM‘s “Vol. 376” – topped off with MV incorporating both “Tell Me” and “Nobody” choreography no less – , Donkey Kong pounds his chest in protest.

Representatives of the Wonder Girls outside of South Korea, Sony BMG, will be in charge of investigations and court case procedures if there’s the need for them. JYP reiterated his decision on March 12th, of putting his foot down due to the Wonder Girls’ recent expansion overseas and the fear that copycats will affect future activities in Asia. But if I were him I’d fear nothing. It would’ve been less of a joke if this was actually a parody. Check out the video for yourselves.