Hyukoh and The Rebellious Themes of Happiness in "24" 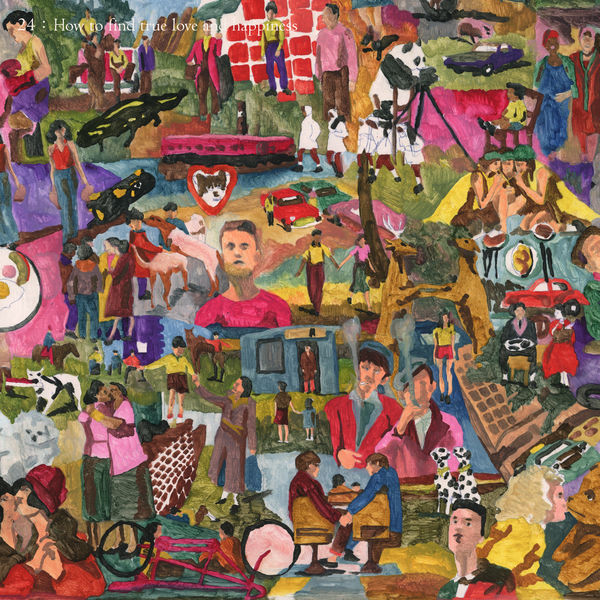 Hyukoh’s attitude is not common in K-pop. Known for their nonconformist revelry, outspoken praise for the youth, and breaking of taboos, an album that explicitly states happiness in its title might not really seem like something the dreaded and outcasting Hyukoh would make.

With that said, 24 : How to find true love and happiness comes just over a year after 23 raised Hyukoh further into the mainstream fame of the Korean musical scene. Whereas past releases have tried to showcase all the faces of youth—excitement for the unknown, naivety, pain, and confusion—24 defies those in the name of serenity, replacing them with what Oh Hyuk calls “universal themes (love and happiness)”. At a glance, this album might be a total 360 from what we know, but it just isn’t.

For this album, Hyukoh has switched things up. Instead of the usual mix of Korean and English, they have opted to use English for all but one song. Following that same trend, the band has tried to express the meaning of the songs in a different way. Whilst in past releases they have created a sort of harmony where the instrumentation and lyrics have been able to coexist and shine by themselves, in this album the ambience of the songs is mostly created by the meaning of the words. As a non-Korean speaker, this is greatly appreciated.

The album starts with a piece of soft rock that perfectly highlights the softness in Oh Hyuk’s voice, “Graduation”. The song’s instrumentation perfectly isolates this characteristic through the layering of sounds and creation of texture. “Graduation”, like no other song in the EP, takes the listener on a drive, which in turn makes them feel exactly like what a 21st-century relationship feels: confusing, superficial and unevenly-paced.

We started staring at the other sides

All the fears are flushing out the way 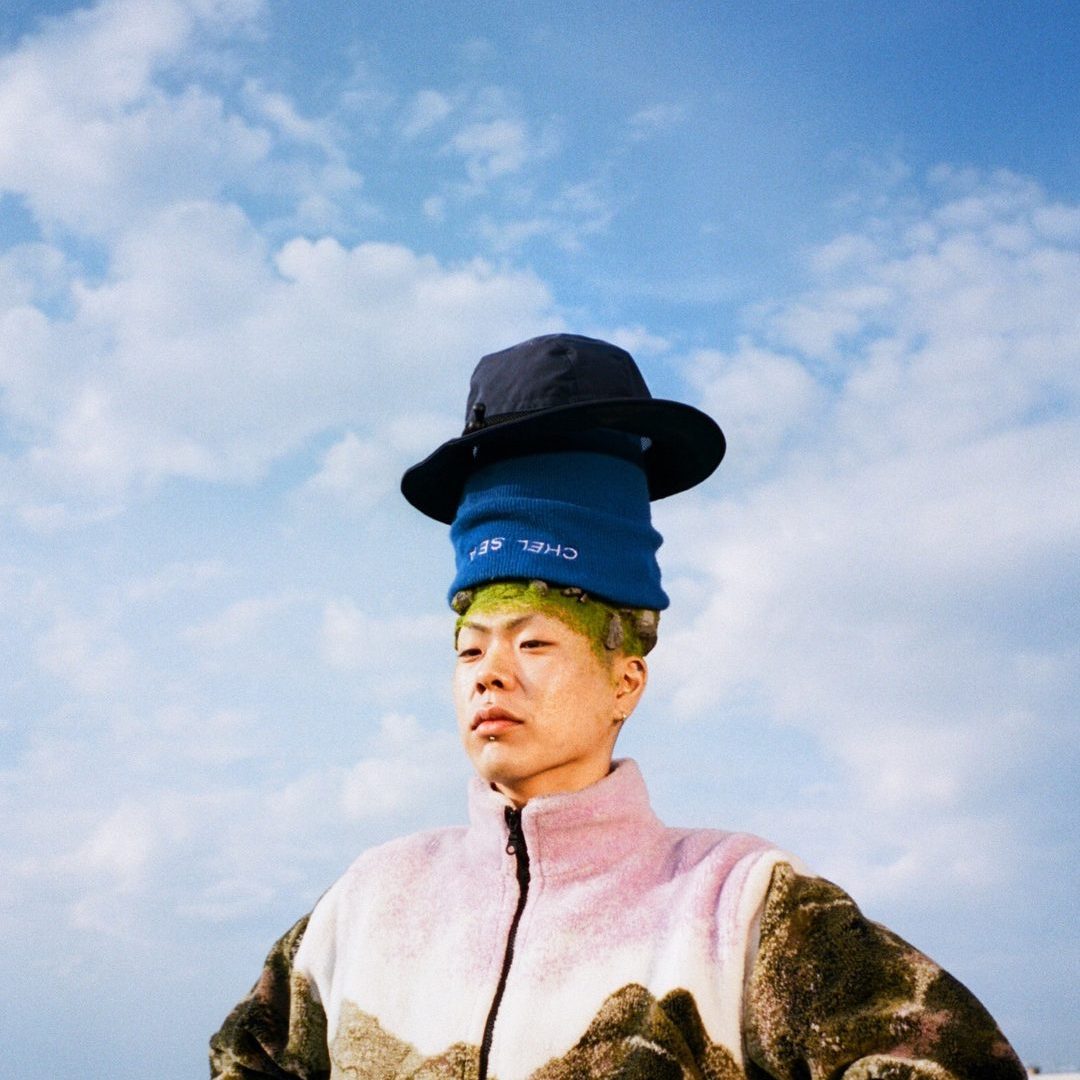 The song specially accomplishes this on the transition from the verse to the chorus: Carelessness is replaced by eagerness, and the stride of the song builds up to a delayed chorus that’s filled with color and openness. By the end of the song, the listener is thrown off the quick high-train that love can be to a compound of diffuse sounds followed by a conversation that ends in yells. Definitely not the most pleasing to the ear, but the artistic intention is there, I suppose.

Subsequently, there’s love anthem and title song “LOVE YA!”. One of the most telling examples of the characteristic mentioned before, most of the meaning in the song is protruded by the lyrics and Oh Hyuk’s beautiful rendition. Likewise, being the title song it has the most marketable elements—that is, for the American market. The complete performance is in English; the lyrics are mostly straight-forward and the production highlights the aforementioned vocals. All without losing the realness of Hyukoh—as shown before the song is a calling to love, one of their ways is to gather happiness; for them, love can come from everyone, and in this case, it can be from someone like them.

It’s always the same as me

That’s why I’m so in love

Not only does the melody yell diversity, but the video does too. It’s a joy to watch pure love—be it from same-gender couples, interracial couples, or heterosexual couples. Love is love and it is great to see this sort of representation from an artist who has been gaining momentum in a musical scene that, at times, can be too conservative.

By contrast, “Citizen Kane” is a warning for anything in excess can harm us. Kicking off with a fast-paced guitar and drums that are reminiscent of a scenario I can’t quite put my finger on. This sort of unparalleled confusion is enlightening, a touch of passion-infused high that’s unending. Oh Hyuk’s soft-spoken voice is calming, contrasting heavily when confronted by the aforementioned instruments and expressing their position: take it slow, even at the most ecstatic of times, even at the most mundane of moments.

Why are you in such a hurry?

Living on the meters

Why are you running so fast? 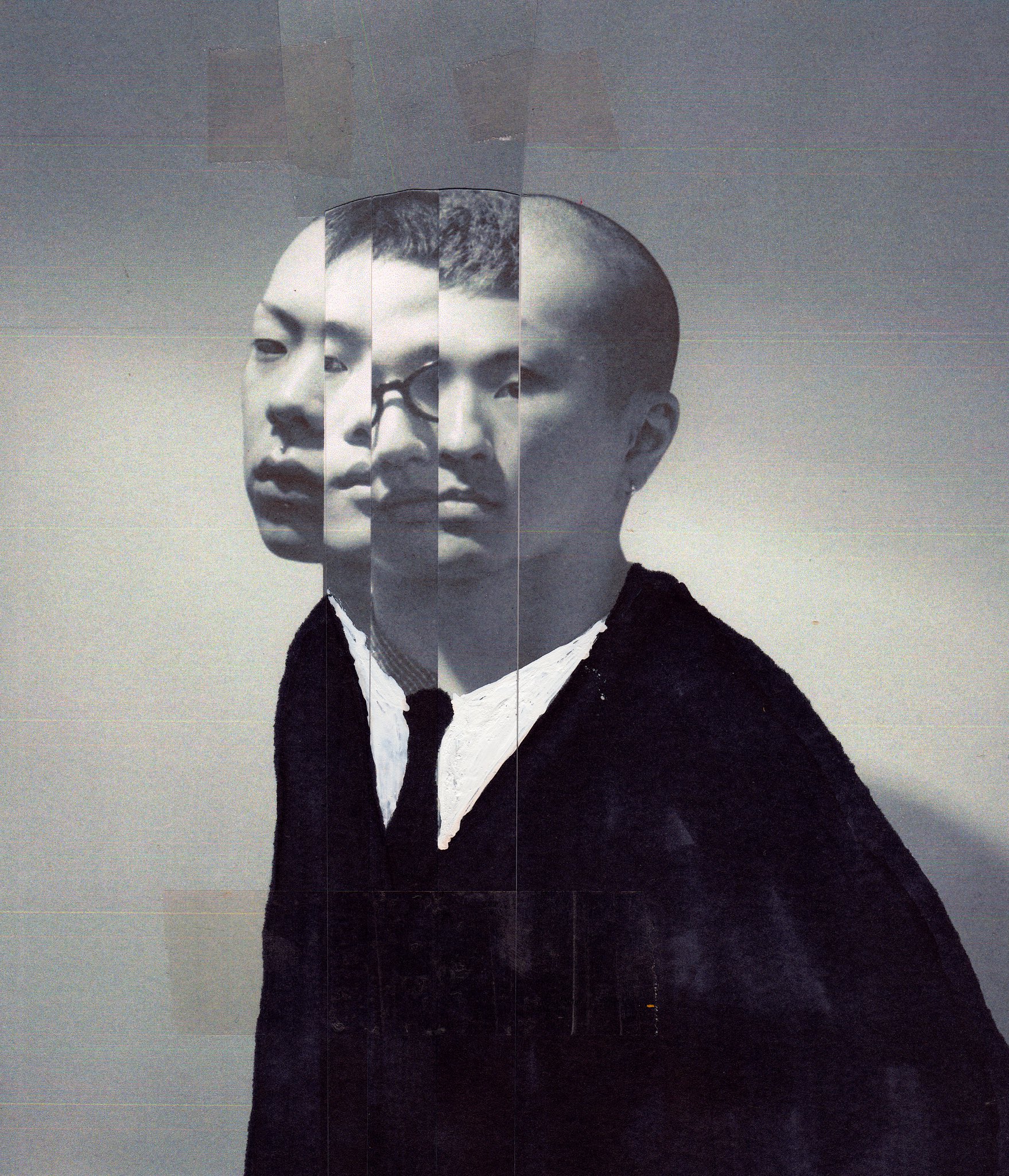 On the other hand, many would say Egon Schiele’s art was characterized by firmness, once he started painting, he let no one criticize nor modify his work. Such is the inspiration taken for the band’s song. Written in Berlin during Korean negotiations, as the band describes it, folk-infused soft rock “Gang Gang Schiele” is a “…a heartfelt apology to an old friend.”, undoubtedly asking for a reunion. Melodically, its refreshing—an appreciated outing from the unapologetic “Citizen Kane”.

While “Gang Gang Schiele” was just the palette cleaner the listener needed midway-through, “Goodbye Seoul” is a mildly-enjoyable, stereotypical alternative-themed song that you would find in American pop—and nonetheless, like the name indicates, a goodbye. A goodbye to the objectively macabre Korean musical scene.

A lot of thoughts seem to be in sleep

Are two years enough to cut this shit?

Seoul and me can’t close our eyes

The song is the perfect insight into their thoughts, there is the constant desire to hold back, but also the reassurance that staying would harm them immensely. This fact is explained perfectly by the consistent exemplification of a declining mental health and the preceding mentions of hurt friends. Albeit, it is all combated by his own sense of familiarity. He doesn’t want to let go, but he knows he has to.

More than a goodbye, “Goodbye Seoul” is trying to tell us that the Korean market is not ready for the raw-talk that Hyukoh is trying to set. That is, unlike the American market, who recently welcomed a group that did exactly that: BTS with the Wings album. It’s clear that more and more Hyukoh is targeting an American demographic, 24 is the perfect example: an American-like production, the inclusion of mostly English lyrics, and an explicit goodbye.

All of this is coupled with a recently scheduled tour to the United States, and a super-company ad that just blew up. Apple uploaded a video showcasing Animoji, a feature in which small animals mirror one’s face with the use of the iPhone’s front-facing camera. The video itself entails a dragon, a chicken, and a bear singing “Citizen Kane”. Although it isn’t the first time Apple has done this, it is few and far between, but more importantly, its the first time an international artist has been featured. The ad garnered over eight million views and, at its peak, trended at #3 worldwide.

With that said, to think that Hyukoh is changing for the sake of marketability would be inaccurate. As shown in 24, rather than reshaping themselves, Hyukoh is showing more of what they haven’t before. Musically, it’s a foundation for what’s to come: it isn’t particularly imaginative, the results of the genre-mixing aren’t new, but it’s enjoyable and meaningful. Thematically it’s what follows, after shining a light on underrepresented issues they wanna show what’s next. And yet, unlike many would think this album is not a how-to find happiness guide. It simply is Hyukoh’s personal showcase of how they have or will find: true love and happiness.