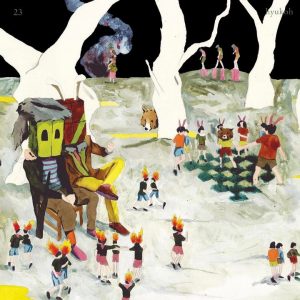 After the starlight and wonder of EPs 21 and 22, it was only a matter of time before Hyukoh blessed fans with a full-length effort. Once signed to YG subsidiary HIGHGRND, however, there seemed to be a settling period where Hyukoh was visible, but music was hard to come by. Now that they’ve had a moment to adjust, they offer 23, the third in their series exploring the growth, maturation, and self-discovery of a common protagonist—all of us.

Oh Hyuk admitted 23 is about the duality of youth: the enthusiastic optimism of the unknown versus the pain and fear inherent in it. With room to explore this concept—twelve original songs—we can see the breadth of the band’s growth. The intense brilliance of stepping into your own, having the energy and ambition to go for it all, risk everything on a dare, and live life because it’s there right in front of you. Tracks like “Leather Jacket” and “Jesus lived in a motel room” recount the rebelliousness inherent in youth—the proverbial feeling of invincibility when everything’s ahead of you and it’s all there for you to touch, taste, and experience without fear.

However, 23 is a very accurate depiction of the realization that youth has its pitfalls. Not just pitfalls. There are real times of despair, confusion, pain. For instance, lead single “Tomboy” is more than just a feat in aural complexity. It honestly and vividly depicts the stuttering discovery of one’s own identity.

Even with the visceral visual representation of that exact sense of loss, confusion, and at times self-loathing, the lyrics are an elegant roadmap navigating through the mind of someone first discovering love, then fearing the emergence of adulthood, when all fanciful things like love and romance seem to fall away.

Sad adults always only walk backwards
You, who just passed your Terrible Twenty, look bored
Because we don’t want to be set on fire and burn quickly
We’re cheering for love

It’s a common fear, the fear of aging, losing the vigor and lust for life, sensation, and emotion that comes with misguided youth.

But there is also a yearning in the album, a need to simply experience, to feel. Great care was taken to mold each song construction to the senses, creating more than just an aural experience. There’s an overarching sensuality in the album, almost to the point of overstimulation. For instance, track “Reserved Seat.” At first there are hints of something rough, a shadow lingering in the hall before sliding around the corner. Then just as the song begins to flourish with an almost sinister heaviness, the music breaks through to a dark and sensual groove at the chorus, and we’re thrown into a different headspace altogether. It’s heady, a burst of warmth and waviness like downing a shot of brandy, then chasing it with a double of tequila when the drums burst through.

As always, Oh Hyuk is a revelation. The man knows how to wrap his voice around a note and deliver an unabashed huskiness that settles in the abdomen and stirs up a free flow of emotional stimulation. The curl of his words, compliments of his mutlicultural upbringing (having spent his childhood and most of his teenage years traveling around China with his parents), is absolutely divine, a drop of unconscious sensuality flavoring every word out of his mouth. But there’s also heartbreaking tenderness in his tone, a thick layer of feeling and honesty that gives each track texture, peaks and valleys. However, one can’t disregard the synergy between the members of the band. The vocal layering on tracks like “Wanli” and “Burning Youth” is enough to rip the soul asunder, the sheer heft of each note weighing on the listener and lingering on the skin even as she moves on to the next few songs.

There’s a largeness on 23, a grandeur that previously fizzled under the surface of Hyukoh’s music but never really exploded with the vigor fans know they’re capable of. What they accomplish with this album is to finally put into concrete matter the act of blossoming. If 21 was the dawn of their blooming, 22 their coming of age, 23 is the first step away from viewing the world darkly—no longer speaking, seeing, or thinking as a child. 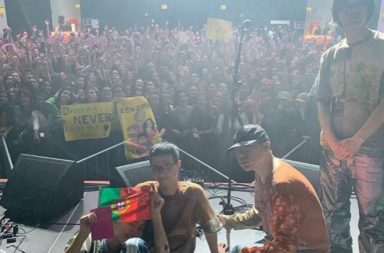 Hyukoh Searches for True Love and Happiness in Lisbon Concert

Zion.T Maintains the Magic in “ZZZ” 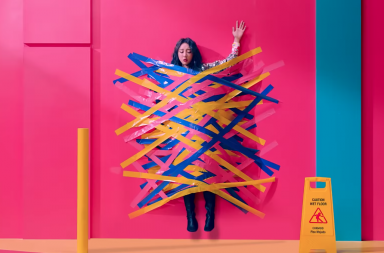 Hyukoh and The Rebellious Themes of Happiness in “24”