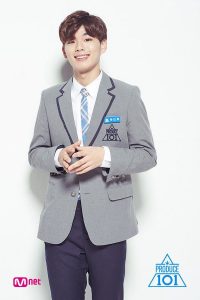 It seems like Produce 101 season 2 just can’t catch a break. Before the season officially aired it was hit with controversy after controversy. After it began airing, it seemed like the contestants were in the news more often for being involved in one scandal or another, over their performance abilities. Now we’re about five weeks in and things are still looking ugly.

Most recently to come to light are the exploits of one Ha Min-ho, whose offenses come two-fold.

Warning: the following includes mention of sexual harassment and bullying.

Ha Min-ho’s first strike came from a series of Instagram messages. In these messages, Ha Min-ho engaged several female Instagram users through the use of the platform’s Direct Message (DM) feature. The DMs include some light flirting, but also show Ha Min-ho asking fans to meet him, inviting them to his house, and asking if he could kiss them.

Now, let’s take a moment to examine this part of his controversy. Many would argue that this is typical, male, young adult behavior. To some extent, I can agree. There’s a reason the “sliding in your DMs” meme exists and it’s because of this exact type of conduct. If things had stayed private then it would be all fine and dandy — regular flirting with a bit of greasiness from a good looking guy. This happens every day and gets brushed off. Here’s why this is a controversy:

For one, Ha Min-ho was working toward being an idol. This means that while there is the manufactured sense of a relationship between an idol and their fans, this degree of accessibility crosses a line. Sure, idols like Hyuna admit to reading Instagram comments, and Taewoon likes comments left on his posts, but going so far as to respond to DMs usually leads to trouble. Take Day6 having to create an official group Twitter after messages between former member Junhyuk‘s dating scandal came to light as an example. What’s done in the dark comes out in the light and this didn’t seem to be enough of a warning for Ha Min-ho.

Secondly, looking at the messages, you will see that some of the fans refer to Ha Min-ho using the honorific oppa, which gives off the suggestion that some of the girls he solicited for kisses could be minors. Obviously, minors + anything equals a big deal, but when you have an adult possibly hitting on minors, then that’s some pretty dangerous territory you’re treading in. 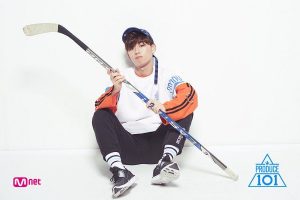 If that wasn’t bad enough, after this news hit the fan, a young woman–a former classmate and ex-girlfriend–stepped forward on Twitter to say that not only did Ha Min-ho bully her, but also sexually harassed her during their relationship. The now deleted tweets detail how he would try to force her to meet him in empty classrooms and talk about her in school. She also adds how all social media accounts from that time have been deleted so she has no proof, but urges others to come forward who know of the incidents. Furthermore, she reveals she contemplated suicide because of the bullying from Ha Min-ho and classmates in the aftermath of their break-up, saying that she is releasing this information after only just finding out about his involvement with Produce 101.

As with similar stories of this nature, the public consensus has been split, with some immediately vilifying Ha Min-ho for his actions, and others criticizing the victim for waiting so long to reveal her story. The only people who will really know the truth between those two are Ha Min-ho and the ex-girlfriend, so pointing fingers or looking for blame is fruitless.

However, Ha Min-ho’s former agency, The Vibe Label, took both scandals to heart. They released a statement, confirming that his contract had been terminated in light of the seriousness of the issues:

Hello, this is The Vibe Label.

We would like to make an official statement regarding the contestant on Produce 101, Ha Min-ho.

We would like to first and foremost, apologize to all who cheered for him on Produce 101 and also to the other trainees who were on the show with him. We would also like to apologize to all those who were hurt by his actions.

After this incident we underwent extensive discussions with Ha Min-ho and decided that he would step down from Produce 101 Season 2 and also terminate his contract with the company.

Ha Min-ho is very deeply apologetic about having caused such a controversy as a trainee and the fact that he had changed his SNS account names to Yoo Sun-ho wasn’t in order to frame the Cube trainee but the result of a practical joke among his friends.

We at The Vibe Label will do our best to never let such incidents happen and take better care of our remaining trainees (Kim Tae-dong and Sung Hyun-woo) and once again apologize to all those who were hurt by us.

Considering how the beginning of this show was rife with similar controversies and not much resolution beyond “legal action for those spreading the rumors,” it’s a relief to see swift and decisive action being taken.

While it is sad to see someone’s dreams being dashed along the pavement, it’s hard to ignore that this is a case of paying the consequences for your actions. There have been idols who have done wrong and been castrated in the public eye, people who have already established their careers. Ha Min-ho has followed in their footsteps without having made a real name for himself in this industry. Hopefully, he will take the time to reflect on his actions, repair the relationships he has damaged, and take the necessary steps to come out of this ordeal a better person.