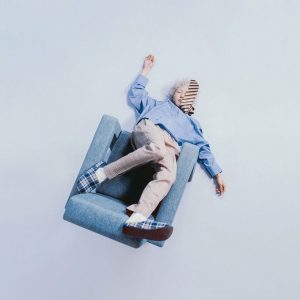 October is turning out to be a jam-packed month with several big names in the Korean music industry putting out projects as we enter autumn. Korean R&B golden child Zion.T is the latest in the list. October 15th saw the release of the singer and producer’s third EP, ZZZ, following last year’s very successful OO. Despite moving labels in 2016 from Amoeba Culture to YG’s The Black Label, Zion.T has managed to maintain the magic in his music. ZZZ is a treasure box with no shortage of gems.

The first half of the album is the romantic half, populated with love songs both sweet and sensual. Of these, the opening intro, “Ideal,” and main title track, “Hello Tutorial” (featuring Red Velvet’s Seulgi), are the trendiest. The former opts for a trap beat full of ticking hi-hats and clicking snares, with Zion.T rap-singing over the track in erratic rhythms typical of the genre. The tune’s chord-bashing piano, twirling vocal riffs, and melodic chorus help bring the song into smoother R&B territory—overall it is a fun and energetic introduction to the album.

“Hello Tutorial,” meanwhile, opts for more familiar, “Eat”-style R&B. Described by Zion.T as a “romantic comedy,” the song flits between his sharper and more accented singing, and Seulgi’s softer voice and smoother style. The lyrics describe an innocent and ordinary romance, with both girl and boy struggling to find the courage to say hello to the object of their affections.

I practiced up until hello
There was no problem till then
But when I stand in front of you, why do I just smile like a fool?
I just need to act like I always do
ike now, so natural

While the song is sweet and easy on the ears, it does not really offer anything more than “Eat.” The song is in a very similar vein as many other romantic pop-R&B duets out there. While Seulgi’s feature is well done, this duet does not do much to differentiate itself from others. As a title song, the idol feature might earn some extra views, but it is a poor representative of the sophistication and creativity that the rest of the album holds. That said, Zion.T clearly knows what he is doing; the song clicked with Korean audiences and quickly swept the charts upon its release. 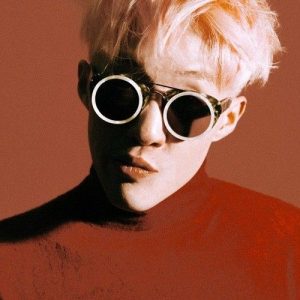 Zion.T rounds off the trio of love songs with the sultry R&B track, “My Luv.” The simple yet sensual falsetto hook is so catchy you won’t be able to resist singing along. With the jangly guitars, ooh-ing backing vocals and dreamy synths, “My Luv” is probably one of the most mature and quintessentially R&B songs Zion.T has put out to date. Effortlessly sexy, it is a nice contrast to the sweeter and more innocent “Hello Tutorial” and brings the album towards a slightly more sophisticated second half.

Musically, the next two songs recall his darker and grungier style on OO, with more emphasis on bass and more leisurely beats. “Malla Gang” breaks away from the love songs with a tongue-in-cheek criticism of the industry’s tendency to judge artists by their looks (with a nice little shout-out to fellow R&B singer Dean). “Malla-jjaeng-i” refers to someone who is skinny or scrawny, and in the song Zion.T rebukes his haters by reminding them of his achievements such as his numerous chart-topping singles. A catchy spoken hook keeps the song moving and rapper E-Sens provides a verse that complements the rest of the song. While “Malla Gang” is not a standout on the album, it makes an impression if only for the amazing (and perplexing) English line:

I don’t know, why y’all askin’ me
How many burgers I can eat
I’m already fat enough

Zion.T follows it up with the short and sweet “Uh Huh,” a thematic and musical interlude where he casually riffs about jamming with his co-producer Peejay in his signature rap-singing tone. A sparse instrumental consisting of a funky bassline and slow, heavy drum beat gives the song a 90’s hip hop vibe, which alone puts this song in the higher ranks of the album.

The third and final section of the album is characterised by its mellow, dreamy atmosphere, headed by the aptly titled “Sleep Talk.” Featuring Oh Hyuk, the soulful lead singer of Hyukoh, this is easily one of the best songs on the album and well worthy of being a title track. 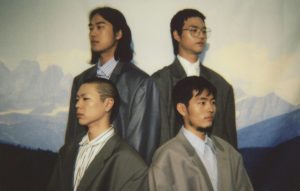 Opening with a tick-tocking beat reminiscent of an alarm clock, Zion.T sings softly over the track, accompanied by a muffled electric piano. He is gradually joined by a subtle funky bass, guitar, and piano in what is an immaculately arranged song. No sound or instrument is overused or too aggressive in the mix, and it all comes together to paint a dreamlike background without overshadowing the soft vocals. Oh Hyuk’s feature is absolutely perfect for the song. His warm soulful voice croons out a second verse that contrasts wonderfully with Zion.T’s, mimicking sleep talk by intentionally mumbling so as to be almost unintelligible.

“Untold Story” is the ballad of the album, continuing the intimate vibe set out by “Sleep Talk” with muffled synths and whispered vocals. Forgoing any percussion, Zion.T instead uses strings to add a dramatic element. This instrumental shift nicely foreshadows the strings that will appear in the last song on the album, “Snow”. The repeating synth riff is reminiscent both of a lullaby and a distant siren or alarm—perhaps a metaphor to describe a secretiveness implied by the lyrics. Pensive and melancholy, “Untold Story” is the quietest and most introspective song on the album, and it will likely leave the listener in a similar state.

The last song on the album, “Snow”, is a single that was released almost a year ago in December 2017. Like “Untold Story,” “Snow” is quiet and pensive, although it contains a little more sentimentality and a little less melancholy than the former. Its soft, romantic jazz style perfectly evokes a winter snow scene. In fact, it would not be surprising if Zion.T had intended for the album as a whole to subtly suggest the turn of the seasons. 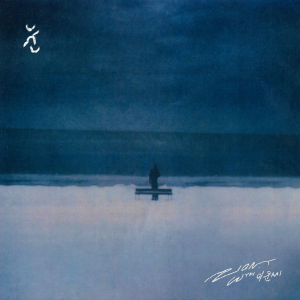 Overall, the styles shown on ZZZ are surprisingly varied compared to the consistency of OO. Still, the album maintains just enough consistency to feel like a cohesive whole. If OO was all about vintage, sepia tones, then ZZZ is all about soft pastels. Highlights on the album are largely found on the second half, and while listeners might be somewhat let down by an overly “safe” title track, ZZZ remains to be an excellent album. Listening to new Zion.T releases is an experience that is always exciting and rarely disappointing, and this time is no exception.