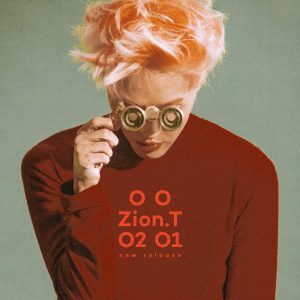 Zion.T is finally back after two years! There were many questions preceding his comeback: would he live up to expectations and success of his debut album Red Light and hit single “Yanghwa BRDG”? Would his sound change after switching to YG’s The Black Label? Would he go for the smooth, R&B vibes that won him Best R&B and Soul Album with Red Light at the 2014 Korean Music Awards, or would he go for a hip-hop style that he showed on Show Me the Money 5? His new, beautifully-crafted mini-album titled OO answers all these questions and more.

Consisting of eight tracks in total (technically seven tracks, since one of them is an instrumental to the title track), OO continues the smooth, R&B style that Zion.T is known for while also adding jazzy and hip-hop accents here and there to create a blend of styles that is uniquely Zion.T.

“Cinema” is the first track, and it definitely sets the tone for the rest of the album. Opening with the sounds of rolling film to mimic being in an old-school cinema, a relaxed acoustic guitar melody enters, followed by the soft beat of the shaker percussion. There is a hint of jazzy and perhaps even bossa nova-inspired percussive elements to spice things up, and this is reinforced by the solo bass line towards the end of the song. Zion.T’s characteristic crooning sets listeners at ease as he compares being with his lover to watching a movie at the cinema:

What scene will you be?

Some day, will our story be told by others?

Who will be the next lead?

What if I’m just a cameo?

Should I just sit in my seat?

What’s fascinating about Zion.T’s music is that although his style of singing is effortless and relaxed, the content of his lyrics often reflect depth and solemnity. In “Cinema”, for example, he indirectly shows his love for and insecurities with his lover by comparing it to watching and being in a movie. I love how he intricately balances his perceptive lyrics with a gentle and light voice.

Accompanied by an MV, “The Song” is the title track of OO, and it’s also perhaps the song that stands out the most from the album. “The Song” is upbeat, starting and ending with only piano accompaniment, but with added bass and percussion lines in the middle. The cheerfulness of the track suits the sweetness that the lovey lyrics aimed for:

Just piano alone is too boring

So I put in some bass

I wrote this song by thinking of you all day

There’s not much to it

But it’s just how I feel

I hope you’ll listen with that in mind

The highlight of this song has got to be when Zion.T drops a rap part in the second verse. Although the song isn’t quite my style, I really enjoy how he isn’t shy to play with different, quirky styles and sounds — it brings diversity and changes things up to appeal to a wide range of listeners.

When listening to this album for the very first time, I had put it on shuffle while studying, and this wasn’t the best idea, because I was in for the shock of my life when I heard laughter at the beginning of “Comedian”. Thankfully, the intro quickly transitioned into quiet electronic synth notes that serves as the sole accompaniment of the song, along with a simple snapping rhythm. Besides the initial (creepy) laughter, this song caught my attention because of its short length — it’s only a minute and fifty-four seconds long, compared to the rest of the songs on the album, all of which are well over three minutes.

Either way, it’s a classic, chill, R&B song, with some impressive vocal layering. The stripped down, minimal accompaniment of “Comedian” makes room for added complexity in the vocal parts. The combination of his singing with the instrumentals creates almost a bluesy and soul feel. As for the laughter at the beginning? I would wager that it is attributed to the reflective, contemplative lyrics: 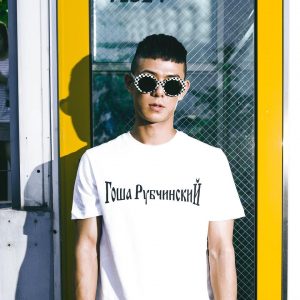 “Sorry”, featuring Beenzino, starts with a strong beat that quickly moves to feature heavy use of harmony in the vocal lines. Zion.T occasionally switches from pure singing to speak-singing to reflect the relaxed and casual nature of the song. Beenzino continues the mood of the song with his playful rap that doesn’t throw off the balance of the song. I especially enjoy the chorus— it’s perfect to hum along with and maybe even dance to.

The fifth track, “Bad Guys,” like a lot of Zion. T’s music, features heavy jazz themes. Like in “Sorry”, Zion. T mixes speak-singing into the song, which adds a lively feel to the overall piece. The strong yet chilled rhythm makes the song very easy to follow and listen to, and the chorus of “ooh”s at the beginning and towards the end of the song further adds a jazzy element. 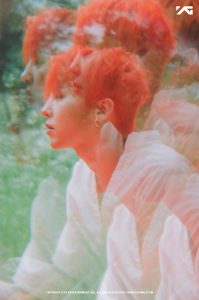 My favourite song off OO has got to be “Complex”, featuring G-Dragon. It’s the ultimate chill song, taking on a smooth R&B style, with interesting twists — like the scat singing during the climax of the song, that shows off Zion.T’s amazing vocal talents.

If you hadn’t already guessed from the title, the song is all about complexes, with Zion.T taking digs at himself to reveal his insecurities and worries:

Especially when you all are passing the Yanghwa Bridge

Yea, yea, that song is good

But what does that bridge have to do with it?

It’s quite clever, really, how he seamlessly weaves his past hits into the lyrics of this song. And who else is more fitting to sing about complexes than the man who has it all and seemingly doesn’t mind, G-Dragon? The leader of Big Bang starts by acknowledging that he doesn’t have any complexes, and ends with powerful last words:

Think you can walk in my shoes?

Look at me now

The final track, “Wishes”, gives off more melancholic vibes. Accompanied by the guitar and the drums, the melodic line presents a more sombre mood, with the lone whistling at the end drawing the album to a final close. 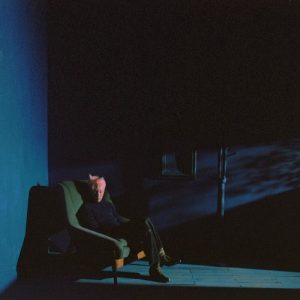 It’s rare that I’ll enjoy all the songs of a single album, but I can honestly say that even though some of the songs weren’t to my tastes, I thoroughly enjoyed listening to each and every track of OO. Zion.T’s laid-back, relaxed style of singing, along with the gentle instrumentals, makes his music very easy to listen to.

Seeing as many people were wondering whether Zion.T’s style of music would change after switching labels, it’s reassuring to see that Zion.T has stuck to his original R&B style, flavouring it here and there with jazz and hip-hop elements. In so doing, this album has definitely solidified his musical identity and proven his consistency of quality — even under a new label. OO is an amazing album that proves that Zion.T’s still got it!