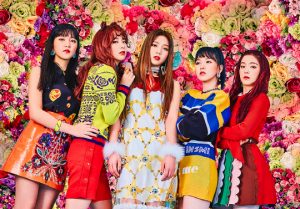 A mere four months since the release of Russian Roulette, Red Velvet, the babies of SM Entertainment, has returned with their fourth EP, Rookie, headlined by a title track of the same name. With this latest album, it is extremely clear that despite all the sagas that SM have gone through over the years, one thing they have definitely done right is the marketing of their bands — when they pick a concept, they stick with it through and through, allowing their groups to properly establish their own style and sound.

True to this mantra, “Rookie” is everything that you would expect a Red Velvet music video to be. But, of course, the catch is how to straddle that fine line between developing a unique style and becoming boring; with “Rookie”, Red Velvet has, unfortunately, weighed towards the latter in this precarious balancing act.

The music video begins with the girls frozen in position. From the depths of a mysterious blue closet, a flowery monster emerges and announces the start of the video. Like clockwork, all the girls go into action — Seulgi closes her book, Joy tosses her teacup over her shoulder, Wendy spritzes some perfume, Yeri slams the phone down, and Irene takes us away with the music.

As the video progresses, we follow the girls through a series of scenes where they alternate between looking extremely confused and looking as if they are in on a juicy little secret that nobody else knows about. There are also a couple of recurrent tropes such as the passing through of doors into an alternate reality, and the idea of putting on a show. Towards the end of the music video, there is a strange little scene of the girls engaging in a battle with the flower monster while riding fighter spaceships. Finally, the video ends with the girl sailing through the exploded door of the original blue closet onto a little stage, where everyone, including the flower monster, takes a bow, signalling the end of a performance.

On first viewing, the video appears nonsensical. On closer scrutiny, however, the music video starts to make a little more sense, especially when examined in conjunction with the lyrics.

Your presence is so big
I can’t even doubt my feelings for a second
I’m pretending to enjoy this, haha I’m trying to laugh
But even the way I talk turns into ice when I’m in front of you 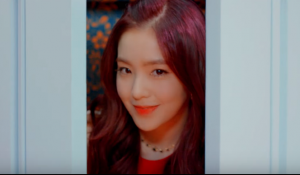 By simply comparing the lyrics to the first two verses, it becomes clear that tension and contradiction is a central theme. On one hand, the girls present confident versions of themselves, telling their love interest to “lift [his] head” and “look at [them]”; this is visually represented in parts of the video where the girls smirk knowingly at the camera. On the other hand, however, the girls also find themselves experiencing new emotions in love, leaving them lost and confused. This end of the spectrum is represented in scenes where the girls find themselves in strange, complex, and colourful places.

Between these two spheres of existence, the girls sometimes voluntarily explore these new feelings of theirs that they cannot understand, as seen when Joy clearly chooses to step into the blue room at the two-minute mark. Other times, however, they are inexplicably drawn, out of their control, into these mysterious, maze-like spaces, as seen just before the one-minute mark when Seulgi is pulled by an unknown force into the closet. Putting two and two together, it then becomes clear that this music video is putting visual cues to the girls’ emotional trajectories. In turn, the term “rookie” can be seen to be of transitory nature: the girls seem to think of their lover as the newbie at love, but in fact, they themselves are the inexperienced ones.

This idea of confusion and contradiction is further strengthened by other supplementary motifs such as the idea of puppetry, and that of the girls putting on a show. At the beginning of the video, the flower monster takes on the role of the director, and the girls, the actresses. However, at a later point in the video, Irene is seen to be the master puppeteer, controlling the actions of the flower monster. These two scenes that are seemingly at odds are representative of the girls’ confused feelings — at times, they feel like they are in control, and yet, there are times when they feel controlled, instead. In another scene towards the end, a huge on-screen Yeri is seen to be peering into a doll-house sized room to see what the girls are up to, but at the end of the music video, the entire video is revealed to have just been a play. Are these girls the observers, or the observed? Finally, by amalgamating all this information, the strange battleship scene, then, also makes sense. This is a song about a girl going through a confusing yet exciting phase of falling in love, and this thus results in an unintended push-pull relationship which is represented as a space battle between Red Velvet and the flower monster. These seemingly haphazard scenes make sense only when we see them as vignettes tied in to a larger thematic picture. It is an enthralling battle of the heart.

I’m getting scared
So as much as you took my heart
I’m acting that much colder
Though you’re getting nervous, uh
I try to hide it but
You’re already the star of my heart
Now all of you
Keeps twinkling brighter, yeah

Now that we have been able to make sense of the entire video, it would perhaps be imperative, here, to realize that actually making sense of the video is of lower priority than taking a step back to examine the video as a whole, as a spectacle contributing to the milieu that is Red Velvet. Much like most of their previous music videos, there is a cartoon-ish, psychedelic, and slightly manic quality to the video. The colour palette is bright and bold, and the sets are clearly made to look unreal. This idea of strangeness also extends to the wardrobe where the girls are seen in dresses that are heavily reminiscent of Alice in Alice in Wonderland. SM Entertainment isn’t selling Red Velvet’s music; they are selling the concept of Red Velvet.

And this is also the video’s greatest downfall. It is one thing to try and cement a group’s signature style, and another to recycle concepts without truly innovating. If you listen to the music alone, it is clear that this is not an easy song to sing. It requires great skill and practice to perfect the art of half-singing-half-speaking without sounding like an idiot, and there are various passages that require both Wendy and Seulgi to sing, with their chest voice, at a rather high range.

However, without attentive and intentional listening, it is easy for “Rookie” to be dismissed as yet another electronic pop track, simply because this is the type of sound that Red Velvet has always been associated with. This is further exacerbated by the constant rehashing of the bright and bold concept with no new elements. What started out as something really eye-catching and different is starting to lose its brilliance, slowly descending into what appears to be artistic laziness.

So as a whole, “Rookie” fails to bring anything really new to the table; it has not been able to highlight any form of growth by the girls. A novel concept — which is what Red Velvet truly started out as — can only remain novel if it is constantly tweaked to keep its edge. There is no doubt that the five-member girl group, with its powerful fan-base, will be able to bag a couple of music show awards with this latest comeback, but on the musical and artistic front, here’s hoping that SM will strive to do them greater justice in future. 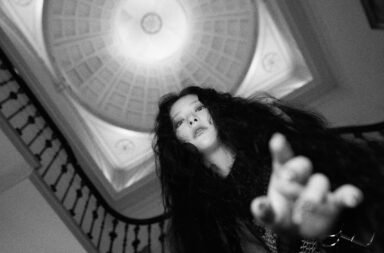