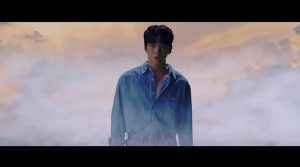 Wanna One’s success was engineered long before they made their debut. CJ E&M, the production company behind Produce 101, had already proven their formula with I.O.I. Wanna One was simply the natural next step in the process. I.O.I’s success, coupled with the industry trend of male idol groups securing more cohesive fanbases than their female counterparts, made it all but certain that Wanna One’s popularity would soar. On 4th June the group dropped their special unit album 1÷x=1 (Undivided). The title track “Light” achieved an all-kill on South Korea’s real-time charts within hours of its release. Yet with the results already in, the incentive for CJ E&M and Swing Entertainment to commit to developing Wanna One’s identity as a group dwindles.

Why should they, when only six months of promotions remain? Wanna One’s approaching sell-by date only raises their value; as fans, TV networks and advertisers alike hasten to make the most of their golden age. With their fourth comeback, Wanna One should be cementing their sound. Yet “Light” is a sonic and visual rehash of K-pop tropes that plays things far too safe for a group of their standing. And therein lies the question – when Wanna One was created to be the best of the best, why can’t they deliver anything new? 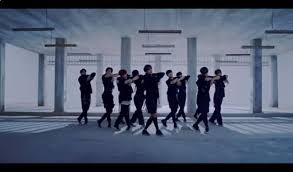 The music video for “Light” is a blueprint for the standard K-pop visual, splicing artfully angled close-ups of the individual members with collective choreo shots. The execution is beautifully done – the performance scenes that play during each chorus make great use of their sets to meld light and shadow; with the members shifting between different formations before structured glass walls and pillars seen in silhouette. The styling continues the theme, with black and white looks tying together the striking monochromatic scenes. But while K-pop music videos have made an art of being pretty for their own sake, visuals are generally taken further than lighting tricks. They say the devil’s in the detail – and although catching Jin Young toying with the cassette tape seen in the MVs for “Energetic” and “Boomerang” is a nice touch – it’s isolated moment of intrigue proves the point. There is no attempt at a plotline here, no fully-fledged concept, no interesting use of aesthetics. 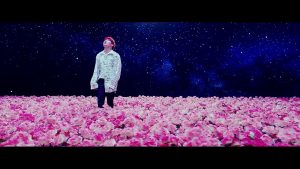 “Light’s” sole win is that it succeeds in proving the value of simplicity. Some cool camera work amps up the energy as the focus switches between the members, with the jagged close-ups of Woojin accentuating the flow of his rapping. The panning shots of Sungwoon surrounded by stars and flowers are stunning. “Light” gives each member their own unique set: Jihoon raps his lines as the reflected waves of the lake he lounges beside ripple over him, while Daniel strides towards the audience through a hazy gold-streaked dawn. Each of these elements adds their own points of interest, and make for some variety as the members switch parts. But midway through the song, the cohesion slips and the boys begin running towards nothing. These scenes seem to elude to some journey, a search for the titular “Light” or perhaps the love it represents. This jars with the lyrics, and serves to prove the ineffectiveness of the music video as a visual representation of the song.

I’ll fill you up

Until there’s no more empty spaces 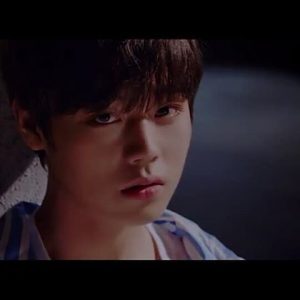 This metaphor evokes the feeling of being in love – not searching for it. The running trope is seen time and time again in music videos that explore themes of loss or longing. Try iKon’s “Apology”, Infinite’s “The Chaser” or even BTS’s “Run”. That makes it out of place here – and while the boys have the soulful, sad-eyed act down, even a pouty Jihoon isn’t enough to make the second half the music video gripping.

The boys run, in no obvious direction, towards no common target. The slow motion, while well-shot, becomes repetitive. And during Daniel’s solo scenes, the two dimensional CGI sky is so unrealistic it borders on comical. This is a music video — and an idea — that had potential. The members are well-styled and each focus on their individual shafts of light with the kind of intent and acting skill that could have held the viewer’s curiosity, had they been given anything more to work with. The performance scenes so briefly segmented between all the running offer snapshots of some elaborate, interesting choreography. If only a few more members had been given sets of the same calibre as Sungwoon’s rippling flower field, the pared-down plan might just have paid off. 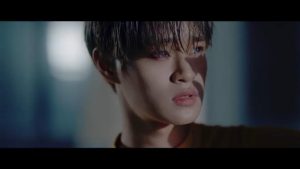 But ultimately, “Light” just doesn’t give its audience enough to make itself memorable. The song comes off similarly drab. It’s well-performed, with Jaehwan proving his vocal range in the song’s opening verse, while even Jisung gets the opportunity to try and lift the pedestrian melody. Woojin’s verses carry a palpable sense of urgency, and Daniel’s trademark gruffness gives the hook an interesting edge. But all this effort is undercut by the production, entrenched in a deluge of electronic effects that try to turn the members’ soulful vocals into something jarringly upbeat. The dance breaks only heighten the chaos, failing to find any shift in tone that might have made for an effective drop. The chorus is repetitive and grating in its synthetic quality, which renders the build in each verse futile. The most frustrating thing is that the members are better than this. 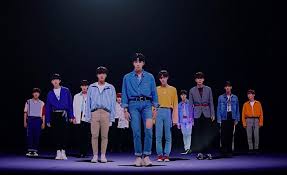 “Light’s” fallacy is best evoked in its closing scene, when the eleven members unite, together but standing separately, posing for the audience in the triangular formation that has become Produce 101’s signature. Because Wanna One is a group as fragmented as this music video, in itself created as a platform through which to showcase its performers. We are watching for the visuals, for the close-ups, for our favourites – and on these terms, “Light” delivers effectively. Why worry about the song when listeners are already buying the single to support the stars singing it?

But this in itself reveals the problem with Produce 101. With such a short life-span, and so many rapid-fire promotions needed to maintain momentum, it simply isn’t possible for Wanna One to find and hone their own sound. And it would almost be a waste of energy for Swing Entertainment to invest in establishing their identity when they will disband so soon. It makes sense to piece together songs from popular trends and utilise them to promote the members as much as possible to showcase their skills. After all, that’s exactly is what Wanna One is – a brilliant platform – from which the boys can go on to raise their individual profiles. 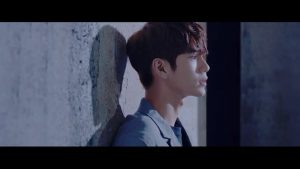 But this tactic is self-destructive, because as Wanna One’s releases have fallen from the innovative heights of “Energetic” and intrigue of “Beautiful” to become progressively safer with each subsequent comeback, the overall face of K-pop becomes increasingly generic. Thanks to the exposure of CJ E&M’s promotional strategy, the boys of Produce 101 are at the top of their game. They are the example to aspire to and emulate. And when they fail to innovate, they set a precedent for style over substance. The survival show format may be flashy, the short time-frame may add an edge of excitement, the merchandising potential may be brilliant – but if CJ E&M want their format to continue to grow, they must invest in their idols beyond the introduction.

While Wanna One was put together to give opportunities to hopefuls from lesser-known entertainment companies, if the supergroup cannot justify its hype, everybody loses. The fans who deserve better music. The upcoming rookies who will become more generic in the hope of catching the trend. And most of all, the boys who have the skill to be so much more than this. I’m sure Wanna One has a few more comebacks in them before the show is over. Let’s hope they have the chance to go out with a bang.