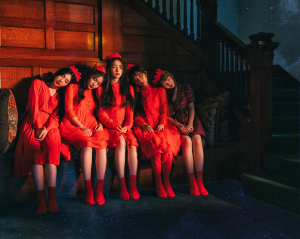 No comeback is complete without a unique “concept” that takes the group in a different direction. Having said unique concept certainly provides the group with an ounce of individuality, and increasingly, groups are identified by their most memorable concepts. However, the constant switching of concepts can leave a group with little else identity-wise.

In this case, “identity” is defined as a group’s personality, musicality, and choreography points/style that remain constant with every comeback. On the other hand, “concept” is more or less a costume that the group dons for a new comeback. But what are the hallmarks of successful concepts and identities? More importantly, how can an artist or group utilize a concept to showcase or bring out an identity?

Let us begin the investigation by examining how Black Pink utilize their concepts to illustrate their identity. If we asked who Black Pink are, the answer would be along the lines of: Black Pink are girls who can simultaneously be cool and badass (black) and sultry and cute (pink). Black Pink’s concepts emphasize these traits about the group rather than package the members as a stereotype, fantasy, or object, which is the case in a number of concepts.

For instance, the concept of “Whistle” can be described using adjectives, such as chic, cool, sultry, and subtly sexy, that Black Pink themselves embody.  The concept becomes even harder to pinpoint in “Playing With Fire”, in which the concept focuses on conveying the alluring and fiery quality of passionate love through the use of fire imagery. Black Pink’s concepts are free from stereotypes and wholly evolve around the exceptional charisma of each member. In this way, by embodying the group’s signature qualities and straying away from cosplaying, Black Pink’s concepts reinforce, rather than erase, the group’s identity.

Similar to Black Pink, Red Velvet’s name is a symbol of their unique identity. “Red” is a colour reminiscent of strong, bold vibes, while “Velvet” adds a lighter, sultrier, and sweeter taste. These qualities are potently exemplified in “Peek-A-Boo” and “Bad Boy”, in which the rhythmic bass and smooth synth pinpoint a subtly eerie and seductive mood that underlies the members’ surface aplomb. In “Peek-A-Boo”, Red Velvet perfects being creepy and cute, displaying their haunting “red” side with an alluring “velvet” flair. Furthermore, even bubbly jam “Red Flavor” makes use of a bold, memorable chorus in addition to its airy tunes to capture the girl’s refreshing summer energy. This suggests that Red Velvet adapts their concepts, whether it be their characteristic upbeat jams or sensual R&B’s, to their dual identity, and is thus able to use their concepts to experiment with new developments in their identity and sound. 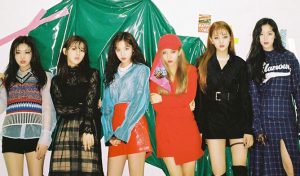 Often, a group arrives at an identity after years of experimentation with different concepts and genres of music. While new groups tend to debut with generic tracks and well-established tropes that have been proven to resonate with the public, (G)I-dle differentiates themselves by taking a mature identity typically unexpected of rookie girl groups. (G)I-dle’s debut concept is noteworthy since a mature, nuanced concept is usually taken up after a myriad of others. From the gorgeous costuming to the seductive lyrics of “Latata”, (G)I-dle are portrayed as ebullient, mature, and confident, which are qualities that they wholeheartedly embody without appearing contrived. The ladies give off an edgy, dark, and semi-seductive aura but at the same time manage to be sultry, flirtatious and fun. This shows that, with such a concept to bring out the charm of each member, even rookie acts can establish an identity. (G)I-dle’s example shows that the relationship between identity and concepts is not one necessarily determined by experience but by how closely they suit and enhance each other.

The interplay between concept and identity prove equally compelling for solo artists. BoA has gone through a plethora of distinctive concepts throughout her admirable 18-year career, from the hard-hitting electropop of “Hurricane Venus” and soft R&B of “Only One”, to the hip-hop and electro-funk of “Nega Dola”. Notably, these concepts all resonate with BoA’s powerful vocals and upbeat dancing; it was a matter of experimenting with a new genre to bring out another side of BoA’s talents. Not once would we say that BoA cosplays, nor does her signature style dissipate with the songs. BoA’s concepts are simply genres or styles of music, not a costume she dons to become intrinsically different. 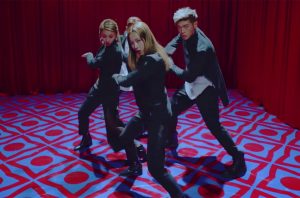 Likewise, KARD are able to remain unmistakably true to their identity as a mixed group, their defining factors being a signature diamond-shaped, unisex choreography and a distinctive dancehall beat with the occasional Latin flair. Every single release, from “Oh Na Na” to “Hola Hola” and “You In Me”, hold these elements constant despite it being a new concept. Interestingly, KARD’s concepts are similar to a generalized mood or vibe, such as cool detachment in “Don’t Recall”, summer in “Hola Hola”, and dark guilt in “You In Me”. In this manner, KARD constructs a general concept to allow the audience to hone in on the specifics of their identity, thereby providing an opportunity for KARD to express their idiosyncrasy and stand apart from others.

We cannot discuss concepts without examining VIXX, the proclaimed kings of concepts. Following the previous examples of identity and concept, VIXX would ostensibly fall into the unidentifiable category — the group has proven themselves to be extremely versatile by taking on a myriad of avant garde concepts, in which they cosplay as fantastical creatures, fictional characters, or objects. However, the reason that we still have an idea of what defines VIXX is that their concepts continually reiterate their defining factor: complex, interpretive performances that evoke emotions, embody musicality, and challenge the orthodox presentation of K-pop idol groups. This is backed up by how VIXX consistently display sensuality throughout their different releases, often using visual imagery to represent emotions and physical movement to encapsulate sound, as poignantly demonstrated in “Shangri-La”. Moreover, VIXX have progressed to mainly using cosplay as a method of framing the emotions or messages that are trying to be conveyed. For example, the members are not presented as perfumes in “Scentist”, but the scent imagery is used to communicate the essence of a dangerous attraction. VIXX may occasionally cosplay in their concepts, but they do not alter their fundamental elements in doing so, and are therefore able to retain their unique identity.