Round one of Seoulbeats March Madness has concluded and it just gets better from here on. What started as a field of 64 has narrowed to just 32 contestants. And with the smaller pool comes more intense competition.

Aside from the contentious fourth versus fifth seed battles, there were only two upsets. This occurred between Lisa (Black Pink) vs Sunmi and Jun-hyung (Highlight) vs Mark (NCT). Sunmi took down the higher seeded Lisa by a wide margin and while we knew Sunmi was popular among international fans, this still took us by surprise. Likewise, Jun-hyung was shot down by the lower seeded Mark. NCT is certainly popular and apparently that was enough to dethrone Jun-hyung.

However, there were plenty of close matchups. Kyulkyung (Pristin) took down Kim Doyeon (Weki Meki) by 7 votes and Eunwoo (Astro) took down Jihoon (Wanna One) by 12 votes. The closest match came down between Jackson (Got7) and B.M (KARD), of which BM emerged victorious by only 2 votes. Two! This shows how important your votes are so keep them coming for the Round of 32 battles! 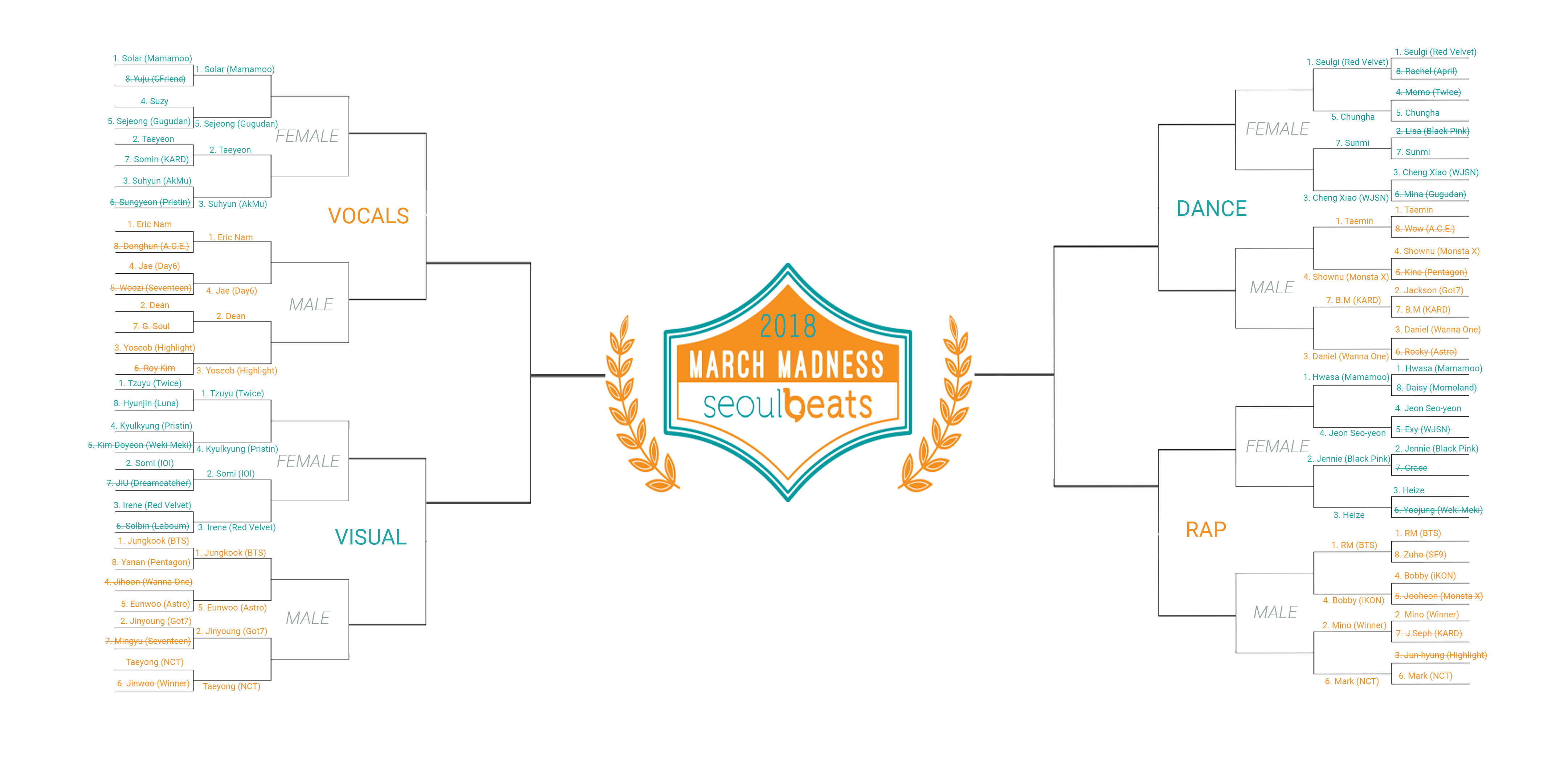 So what are the matchups to keep an eye on?

For female idol battles, we’d suggest watching the Taeyeon vs Suhyun (AkMu) battle. Taeyeon entered the competition this year as a soloist but is her longevity and star power in the K-pop scene enough to keep her moving forward? We will also be keeping an eye on Sunmi vs Cheng Xiao (WJSN) to see whether Sunmi continues her ascent.

For male idol battles, we predict that Dean vs Yoseob (Highlight) will be a tight race as well as Mark (NCT) vs Mino (Winner). Mark’s fans have proven once that they can rally for him. Will they do the same to take down Mino or will Mino prevail? Vote now to determine the winner!