Got7 Learns to Stand on their Own Feet in "Look" 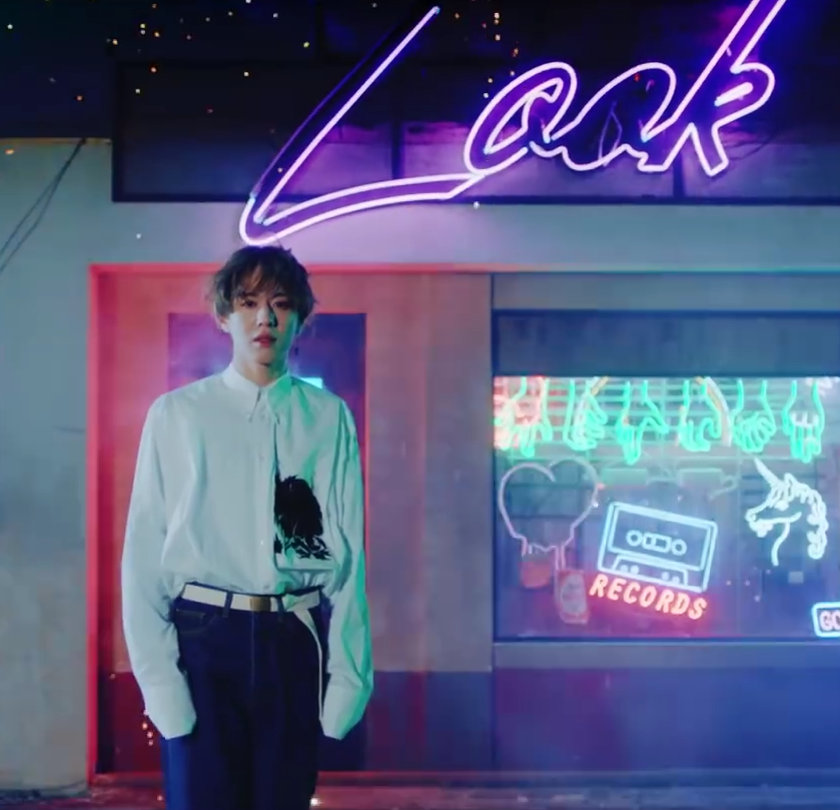 Got7 has long since moved away from their initial image of hardcore martial arts tumbling moves and concept-heavy performances. Their previous release, 7 for 7, with the title track “You Are” successfully branches away from the hip-hop focused singles of their earlier years. Kicking off yet another leg to their musical journey is the title track “Look” from their recent mini album Eyes On You.

The group has been taking pride in their leader JB’s participation in composing a large number of their songs. “Look” is no exception, with the b-boy extraordinaire responsible for both the music and lyrics. If “You Are” is a sentimental pop-EDM tune accompanied by a pastel landscape in its MV, “Look” layers a shadow on these uplifting vibes. The track itself has an urban electronic melody, with a heavier focus on the group’s rappers. The MV portrays the boys as chic and distanced, lacking the warmth of previous tracks.

The MV brings back images of the metropolitan cityscape, beginning with Mark leaning against the balcony of an apartment. The dim lighting and blue colour scheme is impersonal and cold, setting up the feeling of emptiness that pervades the song. As the MV continues, even scenes that are well-lit carry the same tone of isolated melancholy. JB stands against an expansive view of a sunset; Yugyeom is caught in the soft sunlight but he appears as an untouchable portrait of sadness; Jinyoung smiles pensively as he is captured in a long corridor with artworks lining each side.

Contrasting against these solitary images, Jackson appears with a spectacular landscape of the galaxy behind him. Youngjae and BamBam brings with them a different atmosphere of decay in their solo shots. The room that Youngjae stands in is shown as swiftly changing before eventually falling into decay. Putting all these images together, the MV is a bricolage of isolation – in closed spaces that are falling apart, as well as being overwhelmed by the vastness of the galaxy or a sunset.

The MV’s construction reflects the lyrics well, with its focus on trying to win the affections and trust of a beloved:

Just take me as the way you feel
Will you trust me? There’s no need to be afraid
I want to find myself in your eyes
Just look at me, like that

Speaking of Got7, we must not forget to pay attention to their choreography as well. The group has been known for their brilliant dancing skills, being responsible for numerous legendary double speed dance videos circulating about the internet. The MV for “Look” has to balance between individual scenes and the group’s dance portions, making it only possible to catch glimpses of the swift moves.

After taking a sneak peek at the group’s dance during their recent appearance on Knowing Brothers, it was a pity that the MV did not showcase more of their brilliant choreography. Most of the dance segments are no more than close-up fragments, missing out the opportunity to spotlight the charming points of their full dance routine. The moment of JB and a handful of members physically mimicking what has been called a camera shutter with their hand movements, which also recalls the heptagon necklace from “You Are,” has sadly been left out of the MV. Of course, in its place are the subtler moves seen in Youngjae’s forming of a rectangle with his hands to represent the title’s notion of looking.

However, the MV does make room for the dance break between Yugyeom and Jinyoung. For a pleasant surprise, the melody shifts from the upbeat chorus into a groovier mix of electronic beats and R&B during this transition to the duo’s dance portion. The MV presents a close-up shot of all seven members before heading back into the chorus.

“Look” appears to be aiming for a cinematic flourish with the grand strokes of capturing landscapes through long shots, and the visual spectacle of neon colours. The MV is certainly aesthetically satisfying to look at. Perhaps it is the tendency to pair such tunes with simpler lyrics, but “Look” certainly loses out to the poeticism found in “You Are.” Arguably, the song does succeed despite its lack of lyrical depth because of its musical composition. “Look” does draw one in with its balance between heavier rap portions, gentler vocal segments, and the chorus that brings the song together as a whole. 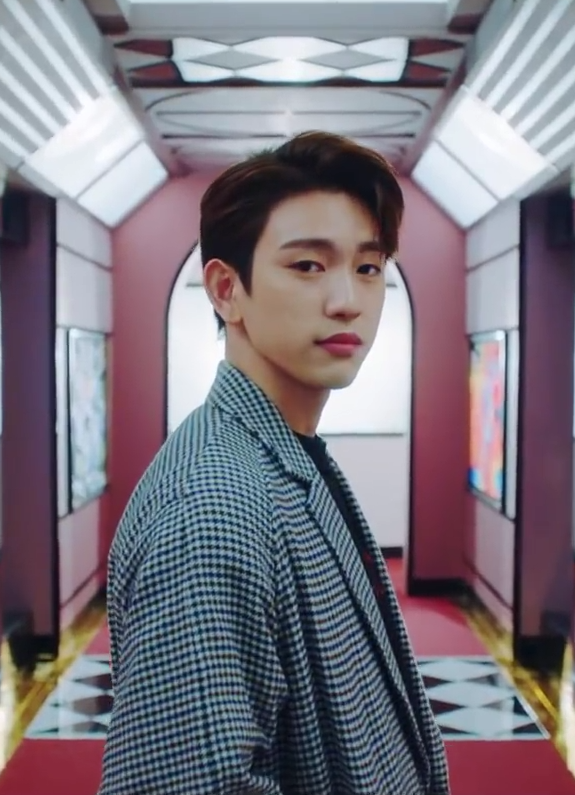 The MV begins with a blink and ends with a blink, where Mark is switched out for the small bird. The image of a bird has appeared more than once in Got7’s MVs. Youngjae cradles a small blue bird between his hands in “Hard Carry,” and this time in “Look” the bird concludes the MV. The closeup on this particular bird is an adorable reference to the group’s own fanclub, IGot7. Abbreviated to AhGaSe in Korean, which means baby bird, the MV’s closing scene expresses the group’s affections to their fans.

Carrying on from the soulfulness found in “You Are” and 7 for 7, “Look” presents yet another image of the group. In this release, they are modern and chic, no longer the overexcited young men they used to be. Even as “Look” lacks a jaw-dropping wow factor, it certainly does not fall short of being a satisfying tune to groove to or merely admire for its cinematic qualities. With JB giving direction to the group’s music, and other members participating in various other tracks, “Look” certainly signifies growth for the group who is learning to stand on their own feet. As a whole, though it seems as though it has been a fairly shaky start for Got7 since the conclusion of Flight Log, I am definitely excited to see how much more ground they can cover as a group versatile in music and dance styles.