Heize is Vulnerable in "Jenga" and "Didn't Know Me" 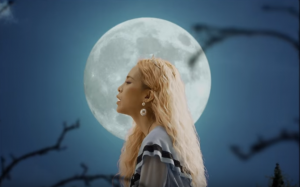 Whenever I need music to fall asleep to I play Heize‘s music. Before you slap me, it’s not because I find it dull. No, it’s because there’s a certain calm and delicateness to the beats and her voice that’s completely relaxing and lullaby-like.

If you were just listening to the tone and beats, you’d always find her music soothing. But once you look at the lyrics, you find that the words are overflowing with emotion and pain. The MVs for the songs “Jenga” and “Didn’t Know Me” are both centered around the demise of a romantic relationship, which is also the theme for her comeback album Wish & Wind.

In “Jenga”, the imagery is whimsical and plays heavily with game and tower metaphors. The color scheme of brown and red, along with retro televisions and record players, create a lively old school vibe perfect for the jazz single. Heize dresses in both masculine and feminine 1930s outfits while playing games with herself and standing on various unstable towers. The MV is drenched in obvious visual references to the game of Jenga: she is balancing on tea cups, furniture, and Tetris-like blocks. These scenes create anxiety, and indicate the unsteadiness the persona is feeling with her current relationship.

The MV also references the teddy bear from her 2017 MV “Don’t Know You” as she watches black and white scenes of herself marrying the bear like it’s a faded memory. “Don’t Know You” described taking a relationship for granted and, in this song, she talks about anticipating the end of one: 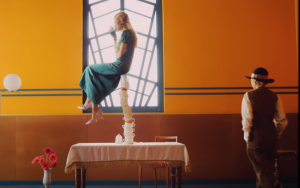 In this relationship, the narrator has endured heartbreak, but she’s able to recover from it with the help of her significant other. However, she’s now become dependent upon him, and like a Jenga game, she knows the tower of her relationship will eventually come crashing down if he were to leave her. The rap by Gaeko in the song also references a “tower” that may fall down, reinforcing the uncertainty of as the relationship moves towards an end. Although the beat is relaxing, the lyrics to the song certainly aren’t, as the personas plead and hope that they can keep their relationship stable.

Towards the end, the song builds up to an upbeat piano solo as the scenes in the MV intensify and we see Heize toss and destroy the games. The song circles back to the chorus in which Heize is still begging for their game to stop:

I don’t wanna play this game no more
Somebody help

Heize has a certain honesty in her songs; she’s not afraid to appear vulnerable and admit to her faults and insecurities, which she expresses eloquently in “Jenga.” Heize brings that frankness to “Didn’t Know Me.” This MV is more on the realist side as we follow scenes of a relationship from its height to its end. 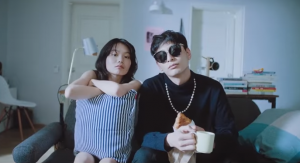 The story begins with the main male character who is auditioning for an acting role while becoming lost in thought–he’s reminiscing on a relationship with an actress who has since become famous. The recollections start out romantic, showing them holding hands, feeding each other, and other typical scenes from a happy relationship, but then he comes back to the current reality in which he’s alone. The female protagonist similarly looks back at their tender moments. However, eventually we see memories of their break-up: she cries and begs to reconcile with her former lover, who rejects her in a cold-hearted manner.

The song accompanying the MV is a ballad with sincere and personal lyrics that reveal more to the scenes than what we may at first perceive:

I’m worse, I’m worse
I’m worse than you
Now I finally know
How you were hurt even more
I knew that about you
But just because you left me
I hurt you more

The colors in the MV are muted blue and gray, which creates a more somber atmosphere than “Jenga.” The lyrics center around a relationship that has already ended, and the narrator is looking back and realizing that she was petty and resentful after the breakup. While she thought he was the villain, she realizes she was the one who acted poorly, and she’s finally able to admit to that. 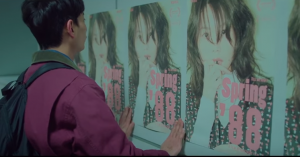 Heize isn’t a powerhouse singer so there’s no big climax in this ballad, but she’s still capable of packing in emotion, even if delicately so. The song flows up with the chorus, and gradually ends as we’re seeing the male protagonist fixing a poster of his former lover as if to show he has no lingering resentment towards her.

Just like the music itself, the MVs are both deceivingly simple, but deliver strong emotions with its vulnerability. Heize’s newest singles may not be your cup of tea at first, but with every listen you find another layer to her songs that reveal another piece of her struggle with rationalizing the end of a relationship.