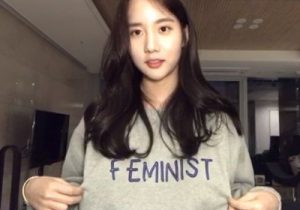 Han Seo-hee is a name that has been making headlines frequently ever since it was revealed that she was the trainee who smoked marijuana with Big Bang’s TOP. Instead of staying quiet and hiding away from the public’s eye, she has been constantly active on social media, gathering over 110,000 followers on Instagram. Through social media she’s been especially vocal about an issue dear to her: feminism.

So far Han Seo-hee’s platform to speak her mind has been live broadcasts on Instagram. She’s often questioned why men and women are treated differently in identical contexts, and admitted to being a feminist for over a year — after she was introduced to it through a female-only community. While most of the things she’s been saying are positive, the manner she voices her opinions comes off as very aggressive. She’s even declared her approach to be purposely controversial. At this point, one can’t help but wonder if she is really spreading awareness on feminism, or if she is just using it as a tool to seek attention.

It’s important to take a step back and focus on who Han Seo-hee is. The daughter of a wealthy family, she made her first public appearance on the survival show Birth of a Great Star 3. She was recruited by JYP Entertainment, was then supposed to debut with GFriend, and also trained briefly at Jellyfish Entertainment. She is supposedly still a trainee in the K-pop industry, and she claims she will debut in a 4 member girl group soon, though her agency hasn’t been disclosed. 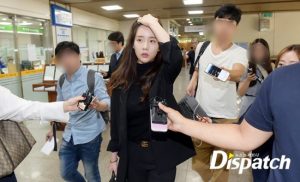 As previously said, Han Seo-hee started making news after her involvement with TOP’s drug scandal came to light. She was introduced to him through mutual friends; the two reportedly smoked marijuana together in liquid form a total of four times around October 2016 in TOP’s apartment. Already being known to the police for buying alcohol and smoking as a minor, Han Seo-hee was arrested in March 2017 for buying and consuming marijuana and LSD several times.

In order to get a lighter sentence for herself, Seo-hee chose to cooperate with the investigations, and in June 2017 her and TOP’s name eventually were revealed to the public. What was expected from her was to keep as quiet as possible and show a repentant attitude, but she chose to do the exact opposite. On her Instagram profile she continued to flaunt a lavish lifestyle, while also admitting to dating celebrities, smoking cigarettes, and doing drugs.

Most importantly, she’s taken to Instagram to talk and post about feminism. She first uploaded some images found online stating these messages:

I’m only an angry feminist when you’re an ignorant, misogynistic asshole

The rise of women does not mean the fall of men

When you ask for equal rights why must you assume I want to be treated like a man?

According to Seo-hee herself, the reason behind her strong opinions and rude language is that if she stays quiet and behaves the way people expect someone in her position to do, her voice won’t be heard. In her words, her controversial attitude is intentional, and she hopes that more and more people will go on and educate themselves about feminism after hearing about it from her. When right after one of her Instagram live broadcasts “feminism” was one of the top searched keys on Naver, it seemed like she’d succeeded. 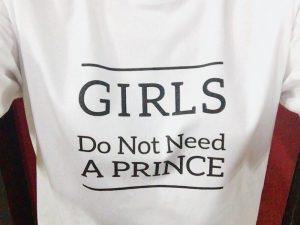 From a western point of view, a public figure talking about feminism is nothing particularly outstanding, but in Korea it is extremely uncommon and potentially risky. For example, voice actress Kim Ja-yeon got harshly criticised online after posting a picture of herself wearing a t-shirt saying “Girls Do Not Need a Prince”. The backlash was such that Nexus — the video game company she worked for — eventually replaced her in an upcoming project.

The t-shirt the voice actress wore was being sold on the radical feminist community Megalia, which is also the community Han Seo-hee learned about feminism through. Megalia is a female-only community that started in 2015 after some misogynistic comments about the alleged carelessness and superficiality of two Korean women who failed to get treatment for the MERS flu, spread online. After the accusations were proven to be false, some enraged women decided to give men a taste of what it felt to be called with horrible slurs. They referred to this technique as “mirroring” and founded Megalia. (M – such as MERS and Egalia in reference to Egalia’s Daughters, a feminist novel).

Megalians’ opinions are very strong, so much so that at times the original message of equal opportunities feminism carries get lost in misandry. With the questionable tactics and vocal members, the community gets vulgarly referred as the male version of Ilbe. Even the website’s logo mocks the size of the average Korean man’s penis. 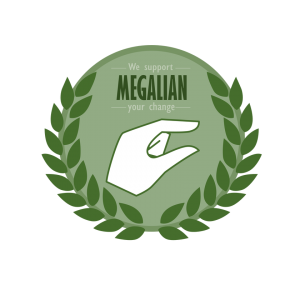 A major part of Megalia’s bad reputation comes from some unforgivable actions committed by its users. For example, police action was required after some disturbing posts on the website surfaced: women working at coffee shops plotting to poison customers, some suggesting using antifreeze as a method. Another instance that required the intervention of police involved posts of teachers fantasising about their underage students. 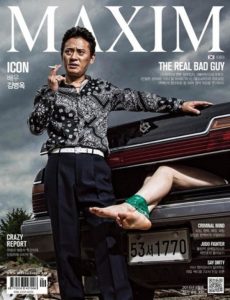 Megalia has surely an ambiguous position when it comes to Korean feminism, being not entirely positive nor negative. One has to be fully aware of what feminism stands for to understand what their “mirroring” really is without mistaking it for blatant misandry. Apparently this is not so clear for every user in the community. Being that Han Seo-hee also part of the community, one wonders whether her take on feminism is a little too lighthearted.

Han Seo-hee’s interest in feminism is without a doubt sincere, but the approach she’s had to it suggests it could be interpreted as superficial at times. Let’s take the picture she posted when encouraging Korean women to vote in a petition in favour of abortion, it’s a black and white portrait of the female reproductive system with one of the Fallopian tubes rising a middle finger. The picture has been used by Polish women during the Czarny Protest that took place in October 2016, and it’s impossible not to wonder how much Han Seo-Hee actually researched and knows about that.

Han Seo-hee’s public image focused approach to feminism — like wearing a Dior t-shirt stating “We Should All Be Feminists” to court — raises a larger question: can feminism be reduced to wearing a designer t-shirt and posting a bunch of artsy pictures? Recently, the relationship many young people worldwide have towards feminism has been more focused on the appearance than on substance. This is fueled by brands such as Dior, Prabal Gurung, Stella McCartney and Chloé who use feminist statements printed on clothes for profit. This kind of approach, while surely appealing for a generation extremely focused on appearance, adds to the concern that feminism is nothing more than a trend. Fighting for rights and equality is not something that can only be approached with a consumeristic and superficial mindset. 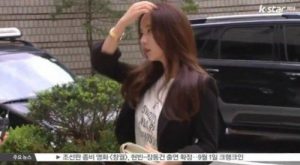 It’s true that social media is crucial when it comes to grabbing young people’s attention, and what Han Seo-hee is doing by spreading awareness for the movement surely won’t do it any harm. Still, she’s also admitted to liking the frenzy the media’s made around her, making it seem like her display of social awareness is less sincere than it probably is. Her attitude, along with her association to a controversial community such as Megalia, might lead to misunderstandings about her intentions.

Eventually Han Seo-hee’s unapologetic and outspoken attitude at a very young age might end up being a double-edged sword: being controversial might help her being noticed, but not being taken seriously. Maybe as she furthers her involvement with the feminist movement, she will smooth the rough edges around her, and have potential to become a spokesperson of feminism in the entertainment industry. So far, she’s succeeded in having research about feminism and potentially opened the door to more celebrities being vocal about their support. Still, when Korean young women choose to take her as a feminist role model, one wonders if they do it because of her “cool attitude” or because they share her beliefs.