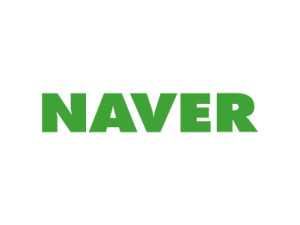 Korean Netizen culture is something we as K-pop fans frequently seek to understand and occasionally navigate. When scanning through translated articles, or even netizen comments alone, fans encounter a barrage of site names that have now become familiar like Nate, Pann, Ilbe, Daum, etc. But what really goes on on these sites oftentimes remains a mystery to us due to the language barrier.

After skimming the surface of the South Korean Netizen’s role in contemporary Korean history, it is also beneficial to have a breakdown of the various internet communities the netizens frequent. What distinguishes these communities from one another?

First, we have the head honchos — the big name search engine and content sites: Naver and Daum. These sites are the hub of most South Korean internet traffic and they host everything from news, videos, TV, Webseries, search engines, email, etc.

Opening in 1999, Naver is the largest portal site in South Korea and offers quite literally everything (think Google, but even bigger). If you read hangul and speak Korean, Naver is your best friend. It has Wikipedia-like bio pages (they even include celebrities astrology signs), hosts music, maps, lists television schedules, owns Line, and has one of the most sophisticated translation applications (if you’re looking to translate Korean to English, don’t use Google translate when Naver is right there). 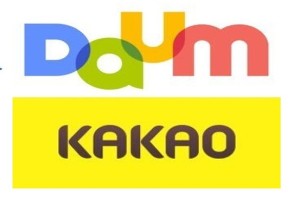 Daum, on the other hand, was the first Korean portal site that opened in 1995. In 2014, they merged with Kakao to become Daum Kakao. While Naver offers a million and half services, Daum’s services are more limited, but it’s still a trusted search engine.

Both of these sites also host sub-sites known as cafes and bulletin boards. Cafes are virtual community centers that can act as blogs, bulletin boards or forums. These cafes come in a few forms — some are open content (like the political bulletin board Daum Agota or Naver’s JisikIN), and others are closed and have their own membership system and internal forums (like fan cafes). While the functionality of cafes/forums and bulletin boards/bulletin board sections varies slightly, both are used as a meeting place of opinions. Forum users register and post to multiple forums under a single main account (thanks in part to Real Name Verification), so all posts are easily traced back to a single user and IP address.

Entertainment companies use cafes to communicate schedules with fans, and fans use cafes to provide fan accounts and air grievances with the companies. Cafes also play host to the birth of many allegations raised against public figures. Remember Lovelyz’s Jisoo? The sexual assault allegations against her were originally raised in a series of Daum Cafe posts. 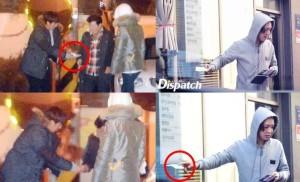 Many of us are familiar with Nate as a Hallyu news site. But Nate is another South Korean web portal that is owned by SK Communications (a subsidiary of SK Group, one of the largest chaebol conglomerates in South Korea). In 2004, Nate acquired one of South Korea’s largest SNS sites, Cyworld, and since then has become a major hub for news, forums (Pann), messaging and personal pages known as homepages. Nate ranks right up there with Daum and Naver in terms of traffic and users — actually surpassing Daum — though its demographics lean slightly more to the young female side.

While Nate articles have their own comment sections (BBS), Nate, like Naver and Daum, also hosts its own forum site known as Pann. In the K-pop world, it may be easiest to think of Pann as a Korean version of Reddit, where users start threads surrounding a single topic and encourage discourse through comments and up/down voting.

While we in the K-pop fandom see translated Pann articles almost exclusively surrounding Hallyu, Pann is a forum for everything, from dating advice, body image discussions, job interview help, all in addition to idol talk (for exclusively K-pop threads, head over to Instiz). Given that Pann is most popular with the young female demographic, it is no surprise than Pann plays host to a great deal of idol rumor mongering — everything from Taehyun‘s (Winner) money controversy to Sojin (Girl’s Day) and D.O‘s (Exo) dating (non) scandal all began in Nate threads. 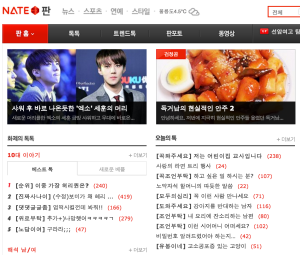 The struggle with Pann is that it does not use Real Name Verification the same way its competitors do. Therefore, it is much easier for fans or anti-fans to post hateful comments and spread non-truths without consequences, since the user ID doesn’t necessarily link back to personal information. Pann posts are to be taken with a grain of salt — as any forum post should be — especially when it comes to idol rumors. The Korean Pann users can be just as much hormonal and irrational fans as we, their international counterparts, can be.

Moving away from the mainstream, we fall into the specialized — and perhaps darker — corners of Korean cyberspace.

If OhMyNews was the site that pioneered netizen (citizen) reporting, then DC Inside would be the website credited with image circulation — or more broadly, South Korean meme culture. DC Inside began in 1999 as an image based forum site that offered various “Galleries” for different interests. It might be easiest to understand DC Inside as the South Korean 4Chan, where slang, memes and rather politically incorrect images and language surface. What set DC Inside apart, aside from the image based nature of the site, was the site’s inclusion of anonymous comments (which Real Name Verification complicated).

From DC Inside came a very unruly and controversial netizen community, the dreaded Iljen Best — better known as Ilbe. Ilbe was born of a DC Inside forum known as CoGall (Comedy Program Gallery) that quickly transformed into a hub of foul language and crude (if not plain offensive) humor. Ilbe originally began as a mirroring site to DC Inside — which basically means it was a site that posted all the content of DC Inside, even after it had been taken down for being offensive. Without delving too much into the specifics (which you can read up on here in genuine Ilbe speak), the clique-ish nature of DC Inside forums aggravated many users, who began to use the Ilbe mirroring site in lieu of DC Inside. 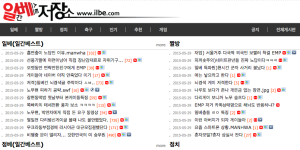 The 17th presidential elections drew a distinct line between the users of Ilbe and DC Inside, as many of the political right moved over to Ilbe for good. Since then, Ilbe has maintained itself as an ultra-conservative, misogynistic forum that caters to the young, angry men of South Korea — one of the most detrimental manifestations of the concept of han. Ilbe users are known for their aggressive and crude lingo — a lingo so distinctive that idols easily come under fire if they are caught using it. Ilbe users have had their fare share of controversies, from Cyber Tailing to their recent counter protests during Sewol demonstrations. Although Ilbe users make up only a small faction of South Korean internet forums, they are notorious for their anti-democratization viewpoints and, well, overall horrible-ness.

While these aforementioned forums and sites are the ones we in the K-pop community see referenced most often, they are only the tip of the iceburg — each new forum surrounding a different aspect of South Korean culture. What is most interesting about the many internet forums that make up the Undivided Digital Society is that each forum carries with it a specific identity — like the nationalistic chants of I Love Soccer to the feminist campaigns of Women’s Generation, the angry misogyny of Ilbe and the fangirling of Pann or Instiz.

When it comes to cafes and forums though, there is always the act of Real Name Verification that looms over every netizen and reminds them that any accusations they put forward can be traced back to them — if not by the users of the site, then at least by KISCOM. The K-pop fandom saw such a happening with the sexual assault allegations raised against Lovelyz’s Jisoo last November. When the original Daum cafe posts began to gain traction, the original posters were called in for questioning and still face potential prosecution for defamation. 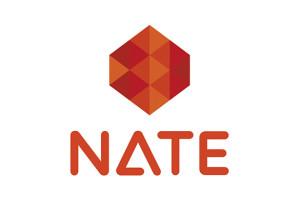 One of the most significant of such cases took place in 2008 to 2009 by a netizen who posted under the name minerva on Daum Agota (a political bulletin board). Minerva raised a series of allegations and predictions regarding the South Korean economy. The user’s IP address was traced, and the netizen was reportedly arrested and charged with electronic distribution of damaging false information. The legality of the arrest was highly criticized, and minerva was later acquitted of charges. From the minerva scandal came the reminder that all content is monitored (and censored), and that there is no such thing as anonymity when it comes to netizen culture.

What remains clear is that South Korean forums have become the main hubs for Korean discourse. These forums, though tucked in the corners of cyber space, carry with them a great amount of clout as they unite (and divide) the nation in discussions of everything from democratization to Hyeri’s infamous aegyo. As international fans, forums are a tricky space to navigate, especially when we are only dealt translated samples. The multiple forums of Korean cyber space offer us a glimpse into many different viewpoints — though we may want to double check the source before running with any translated post as fact.