Jumping on the success from their survival show, Produce 101, CJ E&M created a similarly formatted boy version titled Boys24.  Unlike their other survival show,  the members were all unsigned, and they were able to promote as a group over the course of year after the first cut as the group called Unit Black. On August 12, they announced the finalists who would form the final group named In2it. The members include Yoo Young-doo, Jeong Yeon-tae, Hwang In-ho, Han Hyun-uk, Isaac Voo, Lee In-pyo, Kim Jin-sub and Kim Sung-hyun.

While CJ E&M has produced hit temporary acts like Wanna One and I.O.I, Boys24 already has the odds stacked against them as their show wasn’t as big of a hit.

On October 26th, In2it debuted both their single, “Amazing,” and their mini-album titled Carpe Diem. While In2it starts off with a decent single, their mini-album doesn’t come together under any central theme that’s tied to the name of the album. 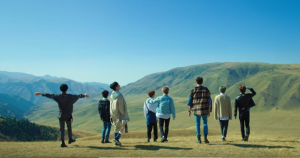 The first track is the most unique as it’s a juxtapose of musical genres. While appropriately titled “Paradise,” the boys are jumping into the the tropical trend a little late in the year. However, they do approach it differently as the song doesn’t carry the same upbeat feel as other groups have done, and it carries a more raw and heavenly temple. The boys’ vocals are on point, but the song’s background music is a bit all over the place as it randomly injects tropical wailing first from a female vocalist and then from the boys themselves.

The lyrics are beautiful in that they depict a fantastical world where dreams always come true. However, the song abruptly ends right after a rap verse that switches back into the original vocals. While there are parts of the song that are done well, all-together it sounds like an odd mixture and it doesn’t really go blend well with the other two tracks.

The next track, “Amazing,” is a mix of trap and pop beats. It debuted with a music video showing the boys dancing in natural cliff setting, and riding around in classic vehicles. They chose not to opt for silly outfits instead depicting boy-next-door looks with jeans, sweaters, and plaids. The video plays out the lyrics as they sing about the frustration from lacking attention from the girl they like.

While first expressing this disappointment, the lyrics then lead to the chorus in which they’re spilling over with compliments. The song is youthful and displays the natural back-n-forth in relationships especially during that initial attraction:

Amazing Girl
Why are you so pretty?
I can only see you
It doesn’t make sense

Overall, it is a good song that showcases everyone’s talent’s well and even includes a decent rap. There’s nothing terribly unique about it, and in a sea of boy groups and possible comparisons, it probably won’t give them the bump in fans that they may need to give them more staying power.

“Cadillac” is the least likable track as it fails to capture the same feel as “Amazing,” and doesn’t provide anything unique with the lyrics. The song has an old-school hip-hop vibe and the lyrics are about feeling confident and having a good time. The vocals and raps aren’t as impressive, and the chorus is forgettable. 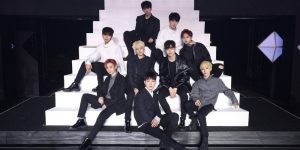 The lyrics are generic, but this song is probably the only one that does seem to fit into the carpe diem–live life to the fullest–theme. However there are no highlights, and it seems like it is just a filler song they tossed in to finish the album.

In2it have a decent single for their debut–it’s cute, catchy, and a appropriate subject for their female fanbase. What girl doesn’t want to hear about all her positive qualities, and how much a guy misses him? However, their album doesn’t pull together that same enthusiasm throughout the rest of the tracks. The boys attempted to experiment with varying musical genres but didn’t bring anything specially impressive to the tracks.

CJ E&M probably isn’t looking for longevity but rather is cashing on the hype from the show. Hopefully, the members will still use this platform to show off their talents, and find a more long-lasting route for their musical careers.