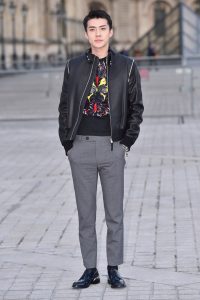 Image construction is one of the fundamentals of making it big in K-pop. Fashion constitutes a major chunk of this very process of the formation of the perfect idol. Fashion, music and entertainment are not insulated from each other and actually complement one another. Therefore it is only natural that the people participating in both these industries would have reciprocal relationships. International fashion brands are using this unique selling proposition to make their own presence felt in the East.

The 2017 Seoul Fashion Week concluded on October 21st and showcased an array of pieces for the Spring/Summer collection. It is tradition for idols to attend and this year was no different. The mesh of entertainment and fashion is reinforced with apparent clarity through this presence of idols at shows. But is the symbiosis that the idols and the brands have, a positive relationship for both parties?

Sponsorship is an innovative ‘in’ into the music industry that fashion houses utilize. Due to the concept of music shows in Korea, there is an inescapable need for new material for styling since outfits are rarely repeated in the average two weeks of music shows promotions. The number of members in every idol group is large enough that a collection of brands is required to get the concept right. Got7‘s Jinyoung and BTS‘ Jungkook caused a bit of a stir by wearing the same lace shirt during their early 2017 promotions. Repetition is not uncommon in K-pop with Exo‘s Sehun and Winner‘s Seunghoon wearing the same jacket from Maison Mihara‘s ‘Lone Wolf’ collection. Brands then either sponsor the idols’ wardrobe or rent out their ware. Individual members of groups are also identified as probable to be sponsored such as Sehun for Izro and Baekhyun for Supreme. Baekhyun even flaunted the limited edition Supreme X Louis Vuitton collection early this year, but the campaign was scrapped and never reached the public. 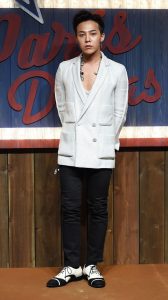 Invitations to fashion show overseas has become a recognizable trend this year. Big Bang‘s G-Dragon, CL, Park Shin-hye, Exo’s Sehun and Chanyeol along with Winner’s Mino have all been invited to fashion shows of brands they are ambassadors for in Europe and Asia alike. Publicity is the biggest takeaway for the idols from their participation as headliners at shows. A lot of attention is garnered and the press plays an instrumental role in the perception of seemingly ‘unknown’ figures into western high fashion. The clout of magazines like Vogue is essential to establish anybody as a somebody in fashion circles. With titles ranging from ‘the undisputed king of K-pop‘ for G-Dragon and questions of whether Exo is ‘the most stylish group in K-pop‘, magazines have managed to develop a whirlwind of interest in K-pop.

Idols by default then appear on magazine covers as models for those brands thus establishing their identity as synonymous with the brand’s. G-Dragon’s cover of Elle Korea in July is testimony to his attendance at the Chanel Couture show. Entertainment companies succinctly cultivate an image for their idols through their recognition for their style. SM Entertainment‘s sudden promotion of Sehun as a prospective fashionista through his attendance of fashion shows and magazine cover gigs is evidence of that. Kris Wu also has catapulted inevitably into the global fashion scene because of his association with Burberry. He recently took to the runway for Burberry and the brand has successfully capitalized on the Chinese market through him. The increase in revenue after the announcement of Kris’ association with Burberry has been phenomenal. 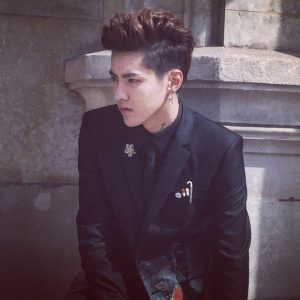 Idols also have to maintain an indigenous presence and are also given much importance during events within their country, essentially having the opportunity to enjoy the best of both worlds. Yves Saint Laurent, Ralph Lauren and Chanel opened exclusive stores in Gangnam and the who’s who of Korea attended these openings because, after all, clothes are to be modeled by celebrities with a wide fanbase. Idols are also invited to perform at Seoul Fashion Week. In 2017, Taemin used the fashion week as a platform to promote his new music. This reinforces the relationship of publicity and maintenance of an image that has led to the creation of working relations between idols and fashion houses in the first place.

Controversies are always a side-effect of exponential gain in popularity and the connection of fashion with idols does not make the idols any less impervious to them. The censure East Asian artists have to go through by virtue of their race is difficult to tackle. G-Dragon’s Chanel Gabriella bag endorsement was subjected to racist comments demanding his removal from the campaign just because he was East Asian, notwithstanding the immense influence he has in Korea. The negative comments on Facebook stated that G-Dragon’s Asian background did not fit Chanel’s image. Racism is a constant artifact in any East Asian’s endeavor to make it big in the West. The hegemonic purview of Caucasian beauty standards is really affecting the inclusion and acceptance of unconventional trends, and G-Dragon also fell victim to this restricted thinking. Even Korean beauty is making an attempt to include previously neglected cultures (such as Laneige’s addition of darker skin shades to its palettes) so why cannot the West? 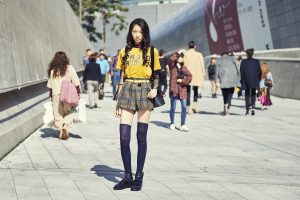 Idols and entertainment companies have much to gain and lose from their transactions with fashion. Idols such as G-Dragon have definitely made a global impact with their avant-garde fashion sponsored by popular labels. Opportunities have been abundant for entertainment companies to exact a profit through magazine shoots, sponsorships and general publicity. But there is also a possibility of loss that has to be dealt with delicately since the general aura around idols is fragile and the public is fickle. Cautious acceptance of offers is one way to tackle this. Perhaps, if the representatives of YG Entertainment had had a say in the manner in which their idol is being portrayed in the Chanel campaign, the misplaced backlash against him could have been avoided.

Fashion and music, at least in the modern world, are complementary to one another and it is vital for the idols, especially, to find the balance that maintains the image they have cultivated and also exact lucrative gains from their association with fashion. The crux of the matter is that there is a slightly skewed give and take relationship between Western fashion and Eastern entertainers. It is important to keep in mind the brands are already well established and a few missteps would not topple their game whereas the idols are in a precarious position when it comes to their image. The fashion world in this scenario has little to lose since their goal of having a base in the East is achieved irrespective of the damage to their ambassador’s image there. 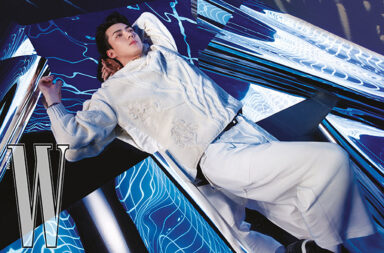