In the K-pop industry, it feels as if new groups debut on a weekly basis. Some hit it big instantly and some drop off the radar completely after failing to gain traction with the public. Still others hang in the odd middle ground, either achieving moderate success or only gaining popularity long after debut. Famous members of this late bloomers club include AOA and EXID, both of whom promoted diligently for years with almost no recognition before a boom of sudden success.

These groups should not be underestimated, though, just because of their delayed start. In fact, they can be viewed as the eventually triumphant tortoise, using the drive and determination they gained through hardship to slowly but surely overtake the early leads. Recently, with rookie groups like Twice and GFriend winning the hearts of audiences immediately upon debut, there haven’t been many notable late bloomers. However, it seems that Laboum may be breaking into this category, making a real name for themselves only in recent months despite coming onto the scene over two years ago. 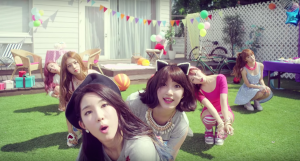 debuted in August 2014 with their sweet, high-energy single “Pit-A-Pat” and the accompanying video, which did not stray far from girl group debut tropes with its bright colors, cute dance, and slow motion jumping shots. Despite a predictable yet pretty solid first impression, subsequent releases apparently failed to properly garner audiences’ attention, as their following 2015 releases were the group’s worst selling to date.

Perhaps even more discouraging was the fact that groups like Red Velvet, Mamamoo, and Lovelyz, who all debuted that very same year, were already enjoying the spoils of instant popularity. It seemed as if Laboum was fated to become one of those groups that everyone had vaguely heard of, but never really bothered to listen to. 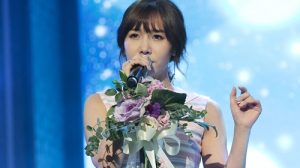 Recently, however, it seems as if Laboum is making their mark everywhere. Admittedly, their television activities have been on a steady increase since last year, but 2016 has seen a much busier schedule for the group, especially on the part of visual Solbin. Not only has she been a guest on the highly popular variety programs Happy Together, Running Man, My Little Television, and Knowing Bros, but she has also become a regular MC for Music Bank, an honor to which many idols aspire. Main vocalist Soyeon was also a contestant on the competition show Girl Spirit, which showcased the vocal talents of members from various up and coming girl groups, including CLC, Oh My Girl, and many more. In addition to promoting their own group, the members also appeared in MVs for artists like U-Kiss and Big Brain.

Perhaps the most exciting promotion, though, was the group’s first solo reality program titled Laboum Project on MBC Music. The program follows the standard format of taking the group on a healing time vacation, giving them amusing missions, and then allowing them time to get emotional and cry about their journey together. Though the content is nothing different from that of Girl’s Day’s One Fine Day or Infinite‘s Showtime, this program has nonetheless given viewers an opportunity over the course of a few episodes to get to know the members as individuals.

Even beyond television activities, Laboum has been enjoying a big spike in musical success. The singles from this year, “Fresh Adventure” and “Shooting Love,” have been their top songs yet, more than doubling sales from their debut year and sending them higher in the charts than ever before. This was also the group’s first year joining the rush of holiday releases with their single “Winter Story,” which — while not shockingly original — still marked a major milestone for the group.

After all this time, though, what is it about Laboum that has caught the eye of audiences? There was no one major catalyst that set off this rise in popularity, rather it was likely a combination of small factors.

First of all, a concerted effort on the part of the label to get Laboum members into the public eye seems to be one of the biggest contributing factors. Pop culture tends to be a cult of personality, which means that getting to know idols’ quirks and special traits can be extremely important when hooking fan interest.

Second of all, a significant shift in sound and image seems to have changed the public’s perception. With singles like “Sugar Sugar” and “Aalow Aalow,” the group attempted to trail the trends set by their peer groups, but this left them as simply followers rather than leaders. With the release of “Shooting Love,” however,  Laboum came out strong with a fast-paced track that is simultaneously bubbly and edgy, complete with a unique video concept that, oddly enough, seems to have been somewhat mimicked in Red Velvet’s “Russian Roulette” less than a month later.

Lastly, when utilising crowdfunding for the “Fresh Adventure” video, the group created a sense of community and connection among their fans. Through this, the group was not only able to fund their video, but they were able to grow closer to their supporters. Being able to see a real result — especially one that was so adorable — as well as receive an honorary producer credit at the end of the video must have been an extremely satisfying experience for contributors. At the end of the day, fans are the people who can make or break careers, so keeping them close can never be a bad idea.

Though it would be jumping the gun to say that Laboum has officially made it, if the group continues to progress at this current rate, they just might make it to the big leagues. Here’s hoping that the group can continue to grow in the future, perhaps exploring more diverse concepts and even getting the other members more involved in individual promotions. No matter what they do next, late blooming Laboum is going to be a group to keep an eye on in the coming new year.

Readers, what other late bloomers have you noticed? 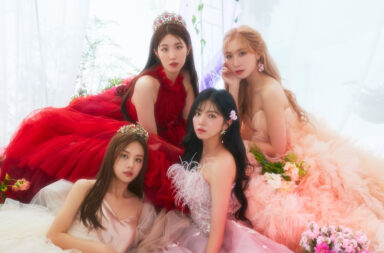 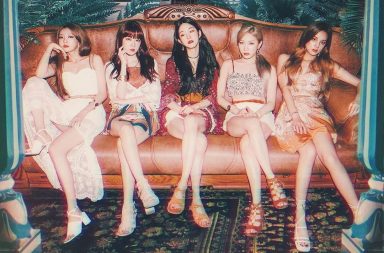