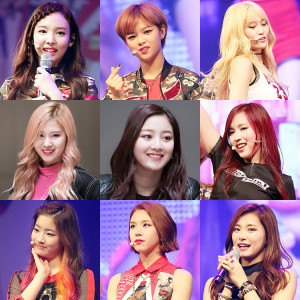 TWICE has definitely been a girl group that has sparked many various dialogs and conversations over the past couple of months. From their initial appearances on Mnet’s survival program SIXTEEN to their successful debut, and recently to Tzuyu’s unfortunate flag controversy, the group’s run under the spotlight has been both full of highs and lows. Now, one of their members is in hot water for — of all things — an Instagram update. Sounds petty, right? But before we lambaste the Korean netizens for overreacting, let’s delve into the context of which the issue stands on.

Last February 21, rookie idol Nayeon of TWICE came out with an apology on the group’s official instagram account after netizens criticized her for her post on her personal Instagram account. The said post was a rather innocent one as Nayeon updated her fans with her current adoration for SM Entertainment’s Taeyeon and her latest track “Secret.” However, upon a closer inspection, the original post — which has since been deleted — showed that Nayeon was actually illegally streaming “Secret” on the online music streaming site Soundcloud. 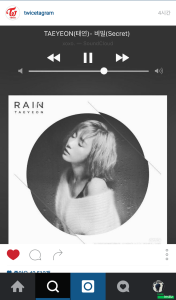 For those of us living outside South Korea, we’d think that the response regarding Nayeon’s online streaming incident was a bit too intense. After what Tzuyu has been through, you’d think that people would give TWICE a much needed momentary breather free from issues and scandals. However, the way netizens — particularly the South Korean netizens — reacted to Nayeon’s mishap reflects a bigger picture of how digital media is treated in K-pop and in South Korea as a whole.

As the world probably knows, South Korea has consistently been hailed as the country with the fastest internet connection around. However, that doesn’t mean that the South Korean internet is all that ideal and perfect. For one thing, internet monopoly has been an on and off issue in the country and has even raised concerns regarding net neutrality.  While the rest of the internet-using world is probably relying on Google, South Koreans continue to use Naver, which is essentially Korea’s version of Google. In addition, it’s got a wide array of online services to offer like local online marketing, blogging sites, and so on.

As for more interactive online media, despite how Facebook has since trumped popular social networking site Cyworld over the years, the South Korean social media landscape — particularly sites that share and distribute intellectual property such as music and videos — is still pretty localized. This stems from the fact that the South Korean government has been known for being a staunch supporter of copyright thereby preventing digital piracy. In fact, their government even went above and beyond to legitimately establish an authoritative body that would specifically handle such concerns: the Korea Copyright Commission (KCC). The KCC as a champion for intellectual-property rights has seemingly achieved a state of idealism in which utmost protection of knowledge and culture has been carefully put into detail under their Copyright Law. 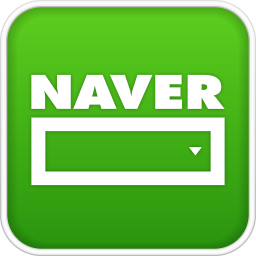 According to Michael Fuhr’s Globalization and Popular Music in South Korea: Sounding Out K-Pop, defending artistic and intellectual content from potential online pirates was only the stepping stone to ensuring that market growth in Korea was to genuinely remain within a stable domestic sphere in the years to come. Fuhr elaborates on this by saying that through the government’s active participation in administering copyright laws and other similar policies, there would be a steady increase in domestic online investments via conception of more localized social media platforms (i.e. as mentioned Naver, Cyworld, etc.) which would all ultimately contribute to the greater South Korean economy. This is why the Copyright Law would require South Korean online service providers to block illegal streaming sites as they were deemed to not only violate intellectual property rights, but also impede on the Korean government’s greater plan in establishing a more localized and monopolized online market.

As an idol, fans might have perceived Nayeon’s act of using an illegal streaming site as distasteful considering the efforts that the government has made to ensure that local artists are being given the actual credit that they deserve through the creation and ultimate enforcement of legitimate media sites. It is on this note that fans might have also seen Nayeon’s act of patronizing Taeyeon’s music as insincere since instead of subscribing to an actual, government-approved streaming site that would legitimately credit Taeyeon, she had opted for Soundcloud.

Apart from being a key player in the country’s overall economic growth, there’s another reason why South Korean K-pop fans can be a bit sensitive when it comes to their usage of online media content and that has every bit to do with what was mentioned earlier on in this piece; as technology continued to play a bigger role in people’s lives, it has become a significant criteria in gauging popularity and exposure of a particular musical act. 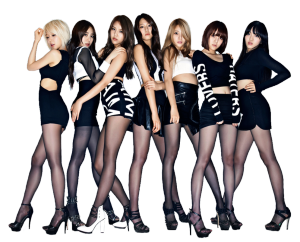 As you all might know, the Korean pop industry is a very manufactured business which starts off with widespread casting and audition processes followed by an intense training period, and ultimately the much-awaited debut. Sadly, despite shedding their trainee status, these idols are in it for the long-haul as they are subjected to not just the usual hectic runs and schedules expected of an idol, but the tedious attempt to reach their break even points (BEPs). This notion is all the more highlighted through the infamous idol slave contract system that is meant to guarantee that the idols pay back every investment their company has made on their part.

The system’s grueling idol process is the very reason why digital piracy is closely monitored in the industry, because without it, K-pop acts are probably doomed to shelling out everything they earn to their companies for the rest of their idol careers. Despite the vocal hype that surrounds a particular idol group — specifically a rookie group that’s just fresh off their debut — their raucous fame does not necessarily translate to the actual figures. FNC Entertainment’s Ace of Angels (AOA) very recently just got paid for the first time despite their popularity in the K-pop community. Sadly, one of the main reasons why it takes so long for idols to break even is that there is always the constant threat of low physical and digital sales of K-pop music which becomes even more emphasized with the occurrence of piracy.

These unfortunate realities of the industry has encouraged fans to go through lengths just to really help out their idols in reaching their respective BEPs hence, the fans’ outcry against Nayeon’s usage of an illegal streaming site such as Soundcloud was remotely justifiable as it felt like a slap in the face of not just the fans, but the idols themselves who rely on digital sales for profits. 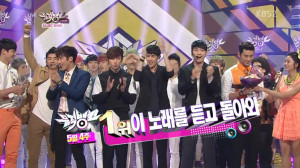 Another reason Nayeon’s act was significant would be that digital sales have some considerable effects in music charts, that more or less add on to the fame and credibility of a group. In this detailed blog post by some rather dedicated fans of 2PM, it has been established that by actively participating in online streaming of music through legitimate music streaming sites, fans can enhance their favorite idol’s chances of grabbing a higher spot in the chart rankings. And while this blog post might appear freaky, it’s not an isolated incident. Numerous fan blogs catered to international fans (and even to some local fans) usually have these specific kinds of instructions that plan out how they can help their faves win during a music program or an award during one of many year-end award ceremonies.

To place more emphasis on this matter, let’s take a look at the very existence of SK Telecom’s online music store MelOn—which has been deemed as one of K-pop’s most influential entities. If the name sounds familiar to you, then that’s probably because you’ve heard of the MelOn Music Awards which is one of K-pop’s major award-giving bodies usually held alongside other music awards ceremonies–such as the Mnet Asian Music Awards, Seoul Music Awards, and Golden Disk Awards. What’s especially unique about the MMAs is that it plays emphasis on fan-interactivity. As an online entity, it relies heavily on the fans’ votes and participation that would ultimately dictate which artists were to win the awards. 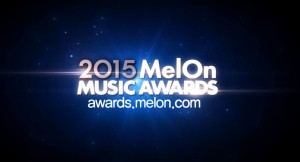 On a much smaller scale, weekly music programs like MCountdown, Inkigayo, Music Bank, Show Champion, and Show! Music Core have included digital sales as a part of the criteria for computing which K-pop act were to nab the week’s trophy, and mind you, it’s not merely just for show either. For MCountdown, digital music sales account for 50% of the total score, while for Inkigayo, the digital music sales consists of a whopping 55% of the total points earned. MBC’s Show Champion on the other hand is the most heavily reliant on online sales and popularity as one of rubrics for scoring composes of 50% digital sales, and that includes both downloads and streaming.

In the end, Nayeon’s incident was ultimately a case of rubbing fans the wrong way. Since digital music marketing plays heavily on the popularity and success in the very competitive industry of K-pop these days, curbing piracy in order to make sure that K-pop acts are being granted the credit that is due to them has become one of the most underlying notions of what it truly means to sincerely support your favorite idols. Since Nayeon is a rising idol herself, fans could have more or less expected her to become this role model/champion of musical copyright. Whether her little mistake implied an indirect defiance against the government or an unsupportive act towards Taeyeon and other idols, the reality is clear that digital piracy remains a sad threat against the K-pop industry and only further reflects the state of music piracy in a global scale.