Kyuhyun Falls Once Again In "A Million Pieces"

After debut EP At Gwanghwamun, Kyuhyun returns with his second mini-album, Fall, Once Again; and whisks us away to Zurich, Switzerland for the music video of the leading track, “A Million Pieces.”

The video opens with a shot crossing the Limmat River followed by a view of the Zurich Hauptbahnhof station, where we meet the female love interest of this music video (SM actress Go Ara). She’s an obviously new tourist, walking along the street when she bumps into Kyuhyun.

Ara continues her sightseeing around Zurich, and Kyuhyun decides to follow her. At the first tour stop, Kyuhyun arrives just as she is leaving. She recognizes him and does a double take, but he tries to play it off and continues following her from a distance. She sees him, though, and she calls him out on it, asking “Are you following me?”, to which Kyuhyun responds “Me? I wasn’t.”

Kyuhyun wastes no time trying to tour the city together with her, and he suggests they do so if they meet up in the same place again in an hour. Kyuhyun, you sly dog you; of course they’re going to meet up in the same place in an hour. He tries to defend himself, though, offering to show her his student ID card proving that he’s in Zurich for school, not to prey on innocent tourists.

Later, Kyuhyun just so happens to also be at the local markets as Ara; and as they both reach for the same book, their hands touch. Kyuhyun again offers a handshake, but receives a bow instead. With renewed determination, Kyuhyun follows her and strikes up a conversation; she pulls out her phone to check her next stop, and he grabs her hand as they run off to explore Zurich. The cinematography is on point and shows some beautiful parts of the city, as well as the natural beauty of the Swiss landscape that we see later on. 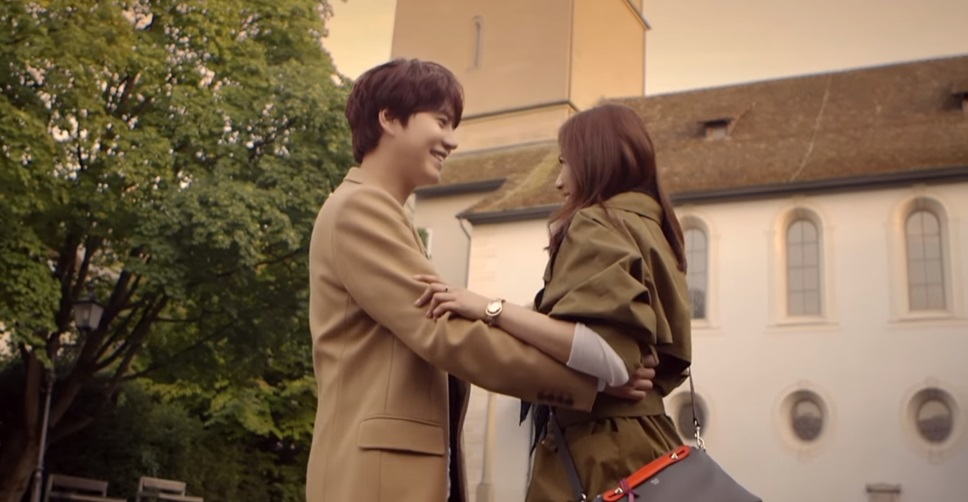 The light is warm, and evening is approaching; the pair arrive at the steps of a church. He again offers his hand, and this time she accepts. It’s not what Kyuhyun originally was offering, though, which was a handshake. Instead the two begin to dance to presumably the church bells, since there are no street performers making music.

Finally the moment arrives. The dancing ends, they’re close to one another. Will they kiss? No, something else is more interesting, she feels, and she starts walking away from Kyuhyun. But does Kyuhyun take that? No, of course he doesn’t! He reels her back in, and then it happens!

A hug. How romantic.

The two wrap up their sightseeing with a boat tour, where Kyuhyun finally asks this girl what her name is. She responds that she’ll tell him tomorrow, so they agree to “coincidentally” meet again the following day.

That night she goes through the pictures on her phone, smiling at Kyuhyun photobombing her selfies. Suddenly, she suffers an attack of some sort, and she finds her pill bottle empty. She locates more pills; but she collapses crying on the floor, pills and photos in hand. Fast forward to the next day. Kyuhyun is waiting for her at what should have been her first stop of the day, but she is nowhere to be found. The music ends; Kyuhyun realizes that, sadly, she is not coming, and he will never learn her name. 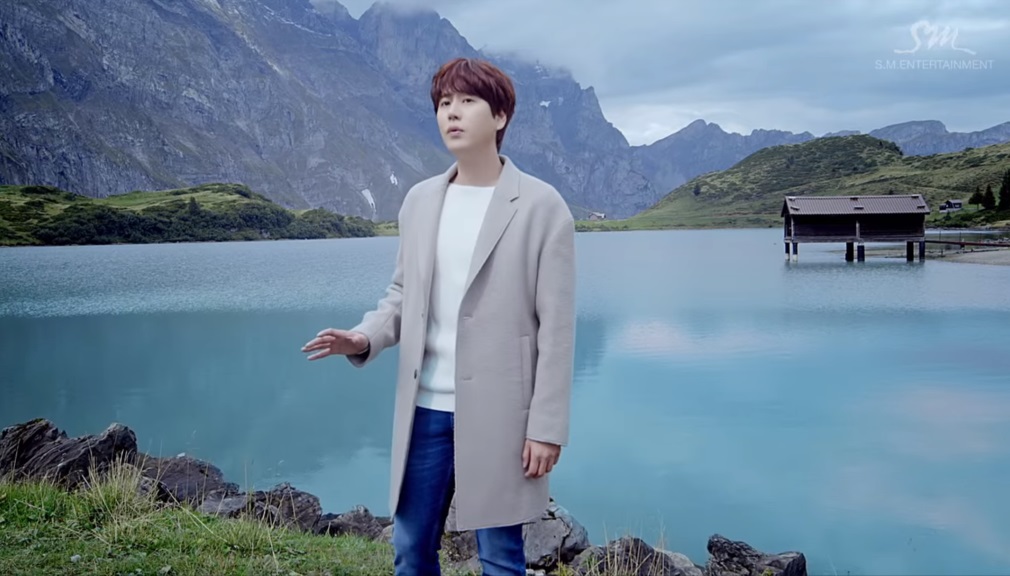 The ending of this music video is confusing because she managed to get the pills, but she didn’t meet him the following day. I would have thought the pills would have made her well and able to meet him, but apparently that wasn’t the case. It’s possible that the worst happened, and she died from her attack; but maybe she got lost. We’ll never know, and Kyuhyun will never know either.

It’s a crappy ending for him because the ambiguity will never satisfy him. How would you feel if you dropped everything to follow this girl around, don’t get to find out her name, and when you go to meet her again, she stands you up? He doesn’t know about her incident, so what can he assume but that he was stood up?

The first time I watched the video, I noticed how the color temperature was cool when he sang and warmer when they were together. The difference in color temperature is appropriate, though annoyingly inaccurate. The difference is discernible only at the end of the music video, which makes sense because the day is ending. The color from the sun is naturally warmer from the afternoon to evening, so the progressively warmer tones are logical. 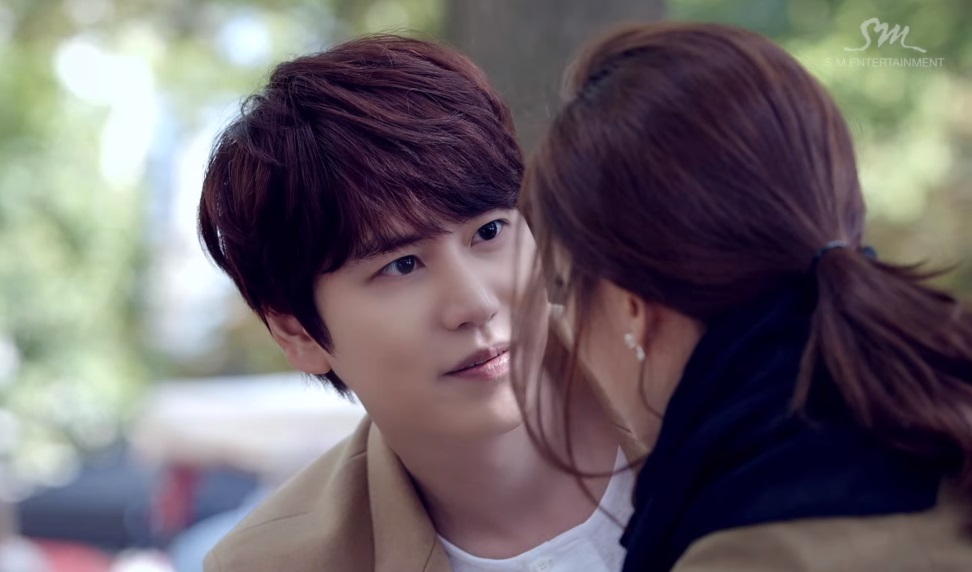 The story, though, felt weird. There is a fine line between creepy and romantic, and this video danced on that line. It was kyute that Kyu photobombed her selfies, but it was kind of stalker-ish how he followed her around all day. I just want to know what possessed him to drop whatever plans he had for that day and follow this girl around. He was already out and about early in the day, so he must have had some sort of agenda to drop — did he consider her missed itinerary a sign?

Overall, the video was pretty good, and I think Kyuhyun’s solo work deserves more love and attention than it gets. It was kind of long, but I definitely think it was worth the time. A story like this one could not have been condensed to a 4-5 minute video, even if the song was only 4-5 minutes long.

If you haven’t had the chance to watch the music video, I recommend that you do. Show Kyuhyun some love, and see for yourself if the video makes sense. Let me know in the comments what you think of it!