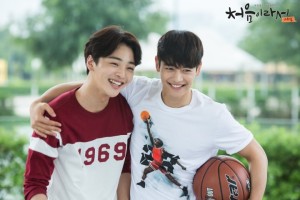 It’s been a while since we’ve had a Sunday Social dedicated to dramas, but I recently got sucked back in; just in time for exam season, too!

I have already talked about dutifully tuning in to OnStyle’s Because It’s The First Time to catch Minho‘s debut lead performance. He’s well within his comfort zone as a innocent and care-free 20 year-old, which thankfully means I’m not suffering any of the second-hand embarrasment I felt watching Medical Top Team. Though, then again, that whole drama was pretty cringeworthy to begin with.

My interest was also piqued by new sageuk Six Flying Dragons, even if it was just because I loved Tree With Deep Roots … And the show boasted Byun Yo-han with facial hair. Unfortunately, though, the events of episode 4 have left me feeling a bit unsure of whether to continue.

I can’t speak for other film industries, but putting (often, young) women through traumatic events is a common tool for motivating the male protagonist in almost every Indian masala film I’ve seen — which are also purported to be family-friendly. So, I’m used to the way these events are incorporated in a way to maximise shock value. 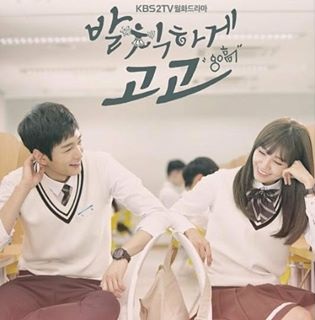 But that doesn’t mean I like it, especially when the producers show how they are (apparently) only focused on developing Byun Yo-han’s character. I still want to see how the female character in question, Yeon-hee, is developed throughout the show’s run; but my enthusiasm has been undeniably dampened.

While Six Flying Dragons has let me let down somewhat, I got a pick-me-up from the place I least expected it: Sassy Go Go. The drama is doing abysmally in ratings, but this high school story is really a great watch. Even if it deals with the same issues every other high school drama tackles — including some trauma of its own –, the chemistry between leads Jung Eun-ji and Lee Won-geun is electric! They’re so cute I want to scream. Angry Mom‘s Ji-soo also stars, if you need another reason.

So readers, what K-dramas are you watching, and how do you feel about them? What are your thoughts on that scene in Six Flying Dragons? Sound off in the comments below!