From Many to One: SM Entertainment's Increase of Soloists 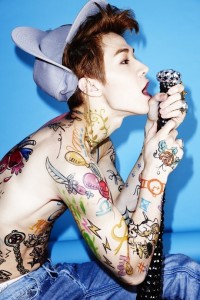 SM has been around for a long time; the company knows what works and what doesn’t when it comes to music releases. Its foundations are entrenched in large numbered groups that are sure to bring success. So is SM Entertainment finally taking steps away from its roots? Will this new found focus on individual artists give way to bigger changes like giving their artists more influence over their own careers?

SM’s decision to debut soloists feels a little bit like a stern parent finally allowing their children to go out and experiment themselves. For now, SM seems to have entered a period of experimentation with their usual processes.

Promoting a solo artist is a risky decision for any company due to the performance aspects the artist would have to be able to fulfill. The artist must be proficient enough in singing, dancing and charm to fill up an entire stage. This is why groups are a safer bet, as each member can make up for their other members’ faults. SM is not one to experiment without precaution;  that is why they conducted a preliminary test with Henry.

In June of last year, Henry became the 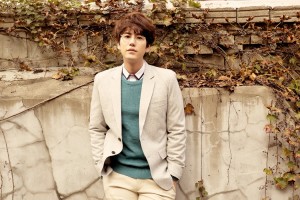 first successful SM soloist to debut since Zhang Liyin in 2006 with the release of “Trap”. Henry’s debut is definitely SM testing the waters for further solo debuts. If the solo promotions in Korea had failed, Henry still had the option of promoting in China with Super Junior M. As his debut was received relatively well, this could be the reason SM has decided to further pursue soloists.

Now this year, SM has undertaken to promote not just one new solo artist but three. This increase has made it very clear that SM now sees soloists as a profitable investment.

Despite this fact, the company is still being very conservative in its choices of soloist. They all seem to have some sort of footing in the entertainment industry, already being part of popular groups. Super Junior and SHINee are two of the biggest groups within the industry and have been around for a long time. They both have dedicated fan bases that would practically buy anything related to their favorite artists. So if a member debuts apart from their group, they are already guaranteed some sort of success. 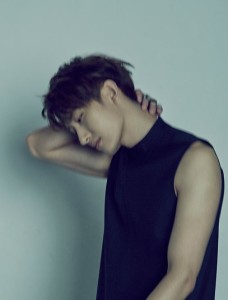 SM Entertainment is no longer selling a group concept though, they are selling a person. Usually, fans already know the artist from their talents to their personality. Therefore, SM has no chance of successfully promoting a concept completely different to the artist’s current image. All idols came into the industry because they wanted to do a particular thing, whether it be singing, acting or dancing. The dedication to these pursuits are what they are known for and set them apart from other artists. This is what is focused on in creating a concept for solo debut. This is seen in Kyuhyun’s “At Gwanghwamun” where the focus is on his emotional vocals. Similarly in Taemin’s solo debut, “Danger,” the focus is on his dancing skills. Through focusing on the individual talents of an artist, SM is unconsciously giving its soloists more influence over their careers.

Just by focusing on the individual, it opens up a whole new door for an artist to have input into their own career. For a solo artist to fully fill up a stage, they need a concept that has something of themselves invested in it. It’s obvious that a singer will feel more for a song they have written or is based on their own experiences than one given to them. This is the strategy that SM entertainment does not use regularly as they are not a company that cultivates composers. Super Junior’s Heechul, as SM’s unofficial spokesperson, even said that SM has the policy that idols should just stick to singing unless these can compose better than expert composers. But with the promotion of a soloist being based on the individual, we are seeing SM’s strategy start to change. Already there are the examples of Zhou Mi penning lyrics and Kyuhuyn composing a song for his solo album with a little help from lyricists like TVXQ’s Changmin. With SM idol participation increasing, we might be seeing the start of a transition for SM entertainment where its idols will be encouraged to compose music. Sure, we probably won’t get an SM entertainment version of G-Dragon, but it is a start.

There is still a lot for SM to pursue in the promotion of soloists. For one, none of SM’s soloists have made it onto the nominees in the Mnet Asian Music Awards solo categories this year. However, maybe we will see a change in the following years with SM artists dominating the soloists categories. Furthermore, the success of the current soloists may persuade SM to debut other group artists or even an unknown soloist. Someone might get their own solo concert or an SM artist might compose an entire album. We really don’t know what is going to happen. However, it is clear that this year is one of change and experimentation for SM Entertainment. There is hope for better things from SM in the future after a year marred by scandals. The only question left now is who will be the next soloist?