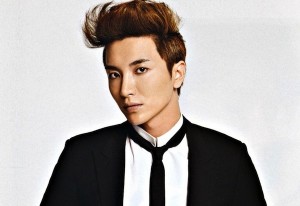 Super Junior’s leader, the bright and charismatic Leeteuk, has been discharged from the army after completing his military service!

After a fanfare of enlistment activities, Leeteuk finally enlisted during late 2012 where he underwent basic training and then active duty service. During that time he also starred in the Ministry of Defense-produced musical The Promise. In contrast to his enlistment extravaganza, Leeteuk opted to have a quiet discharge with no journalists or fans.

Although no word has come from SM about his future activities, Leeteuk has already been spotted around town (Ap with fellow Super Junior member, Donghae. Hopefully, Leeteuk will get some rest before returning to the K-pop industry, gracing us with his charm and great body.

Excited for his return?

Tragic Turn in Death of Leeteuk’s Father and Grandparents