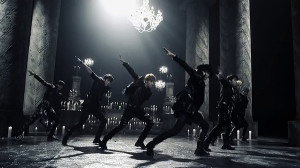 The first day had a bumpy start as members from BTS and Got7, as well as Beast, experienced visa issues. As a result, Beast was able to attend but not perform, making many fans upset at the announcement.

Yesterday, Taeyang took home the grand prize of the night for “Eyes, Nose, Lips” in the Digital Release Division. Beast earned triple with a Bonsang and awards for Best Male Group Performance as well as Most Popular Male Group. Winner and Got7 both earned awards for Best Newcomer.  SNSD took home the honors for Most Popular Female Group while Epik High earned a trophy for Best Hip Hop.

Which performances are you most excited to see? Share them in the comments below as the show goes on!