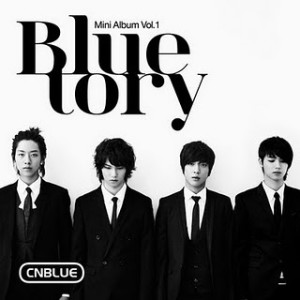 To commemorate CN Blue’s fifth anniversary and to celebrate Yonghwa’s upcoming solo debut, we’ve decided to dedicate our next K-pop Throwback article to them. CN Blue only debuted in 2010, but the amount of respect and musical maturity they command suggests that they have been in the industry for a much longer time. And no doubt, before their debut in South Korea, they were already playing on streets and in live clubs in Japan, which serves as a testament to their commitment to music even before they received fame.

They debuted on January 14 of 2010 with their first mini-album Bluetory, and released an MV for their title song “I’m a Loner,” which peaked at third on the monthly single Gaon charts. Not exactly an easy feat for a rookie to achieve.

“I’m a Loner” won first place on Music Bank just fifteen days after its release, which was the record back then for “Achieving No. 1 on South Korea’s television music charts program in the shortest time since debut.” There are a few things that worked in CN Blue’s favour even before they released their album. Firstly, hailing from the same agency as FT Island is never a bad thing, and even if FT Island wasn’t as big as they are now, their quality of music definitely offered some legitimacy and expectation to CN Blue. Secondly, FNC Entertainment smartly debuted Yonghwa as an actor in 2009, starring opposite Jang Geun-seok and Park Shin-hye in the hit drama You’re Beautiful. Even if the drama wasn’t a ratings hit domestically, it was an absolute international sensation, which no doubt served the purpose of increasing anticipation for their debut. 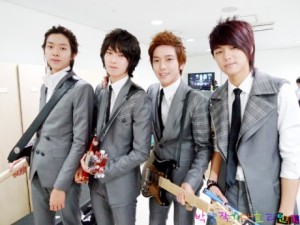 And there have been many instances where wildly hyped rookie groups disappoint greatly with a sub-par debut, but fortunately for us and for them, CN Blue avoided this route. “I’m a Loner” was a fantastic debut song for the group, unique enough from typical K-pop dance music to garner positive attention, but yet still catchy and pop enough to be crowd-friendly.

The track starts off with the incredibly addictive chorus line “Oetoriya oetoriya,” with an amazing drum beat that makes it hard to turn off. The rhythm and energy in the song never drops, and even the lack of a buildup to the climax is unnoticeable, as the song is able to keep us engaged throughout. The guitar riffs complement the drums perfectly, and it’s hard to believe that this is the work of a rookie group. Yonghwa does a splendid job as the main vocal, his slightly rough and guttural voice seducing us into the song, and making sure we hit replay at the end of it. The instrumental never overpowers his voice, and “I’m a Loner” epitomizes the impeccable blend of a well-crafted and pleasing song, great instrumental, and a steady and strong voice to top it all off. Even Yonghwa’s rap fits into the overall picture of the song. 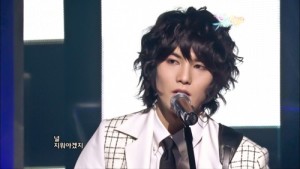 “I’m a Loner” holds a special spot in many people’s hearts, as it was the first of a slew of great music that CN Blue has blessed us with. It’s possibly the song that made Boices worldwide fall for the group so badly, and since then, not once have they disappointed with merely a so-so release. Even with questionable hairstyles, CN Blue is a group that’s difficult to diss since they prove themselves again and again with their talent and passion.

It’s safe to say that CN Blue has created a distinct image and style for themselves, but that hasn’t prevented them from stagnating their musical development. Their latest release displays quite a stark contrast with their earlier stuff, and this evolution and exploration of new styles is always a good thing. With the boys getting more involved in their own music production, I’m definitely excited to see what the following year holds in store for them. Happy 5th anniversary!