Tragic Turn in Death of Leeteuk's Father and Grandparents 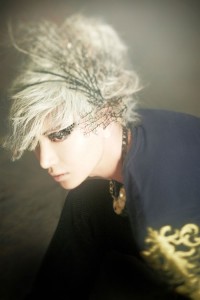 It had been reported that Super Junior leader Leeteuk‘s father and grandparents had perished in a car accident. However, local authorities are said to have revealed that the cause of death may in fact be a murder-suicide at Mr. Park’s residence, committed by Leeteuk’s father. When asked for comment, SM Entertainment appeared to dismiss these claims, though not explicitly, choosing instead to ask for privacy:

Leeteuk is locked in sorrow. His family is miserable about all of the speculations and rumors regarding their deaths gaining media attention. They wish to send them off privately. On behalf of his family, we ask the media to refrain from reporting on the matter.

Reports coming from South Korea include more detail on the incident, but basically point to Leeteuk’s father succumbing to depression and the pressure of caring for his parents, who had Alzheimer’s. Whatever may have happened, the fact remains that three people have lost their lives, and a family has lost its loved ones. Considering the stigma surrounding mental illness and suicide, it’s easy to understand why SM could have lied to the media, though that should be the least of people’s concerns.

Again, we extend our sympathies to Leeteuk and his family.

If you or anyone you know is experiencing depression or suicidal thoughts, please contact your local crisis helpline.