Gummy's Back: The Return of the Queen 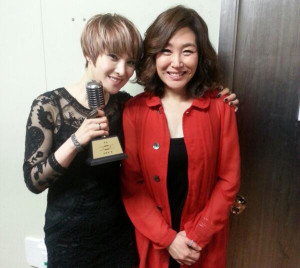 After a few albums featuring not so impressive female vocalists these past few weeks, it was starting to look pretty bleak out there for the ladies of K-pop, who have been giving us more fluffy sugar than hearty jjigae fare of late. Then suddenly, like a lightning bolt slicing through the middle of a clear night sky with a spiderweb of light, Gummy returned to teach her juniors how it’s done. Her shocking victory on February 8th’s Immortal Song 2 — where she received the highest number of points of any artist to ever appear on the program (with 445 points) — has put everyone on notice that the R&B queen is back.

Since signing with C-JeS Entertainment in October of last year, Gummy has kept herself busy. Late last year, she contributed her huge vocals to the OST for The Master’s Sun, giving another stellar performance with ballad “Day and Night.” After that, she teamed up with long-time friend, collaborator, and former labelmate Wheesung to release a duet album called Special Love in early December, the single causing a major splash on both the MelOn and Bugs! charts. Then on December 31, following his discharge from the military, the duo held a concert in Seoul’s Samsungdong COEX D Hall. Aptly called Do It as a tribute to their first duet together ten years ago, the concert was Wheesung’s first since the end of his term of active duty, and one that Gummy agreed to without hesitation, rekindling the chemistry the two have shared since their very first collaboration in 2003. 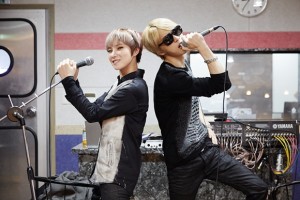 One thing’s for sure — Gummy hasn’t lost one ounce of the soul that defined her career while still under contract with YG. And for all its faults, C-JeS was just this side of genius for securing a contract with the R&B legend. Since joining the fledgling management company she’s been hard at work reestablishing herself as a force to be reckoned with. She joined Jaejoong in Japan and Seoul for his WWW Asia Tour, where she sang a couple of her most well-known songs, including “Snowflake” and “Childish Adult.” She also joined Jaejoong to sing a couple tracks from his debut full-length album — “Sunny Day,” originally a collaboration with Lee Sang-gon of Noel, and “Luvholic.” She was also a guest for Jaejoong’s 29th birthday concerts in Seoul, appearing as a “Secret Guest” and singing their latest duet, “Heaven,” which appeared on Jaejoong’s WWW repackage.

Her work with Jaejoong, while not as R&B focused, is most certainly just as brilliant as any other collaboration she’s been a part of. Her camaraderie with her junior is obvious in the way their sounds mesh so well together, Jaejoong’s mid-tenor vocal and tendency for power belting a perfect complement to Gummy’s blues-tinged growl, and it helps that both singers are very familiar with Soul and R&B vocalization.

It’s also no surprise that the songstress would connect with another big voice. Her past work with YG is a master class in pure soul and honest-to-goodness R&B. Having worked with a wide array of crooners and soul artists — including soul and R&B singer Ha Dong-kyun and, of course, Wheesung — she’s perfected the art of blending seamlessly with whomever she so happens to be collaborating with, oftentimes going toe-to-toe with male balladeers who themselves have heavy voices. However, Gummy hasn’t become complacent with her role as an a R&B diva. Her gritty second soprano lends itself to pretty much any genre. She proved that when she collaborated with Big Brother on dance track “Only One,” a party song that would make the likes of Katy Perry turn green with envy.

Following her duets with labelmate Jaejoong and collaboration with Big Brother, Gummy has begun to really get to work, creating more music and repositioning herself in the public eye to make another lasting impression on the K-pop scene. Last month, she released the teaser to her latest single “You Will Think of Me.” The single and MV teaser include narration by Lee Si-young — an actress, singer, and boxer best known for her roles in KBS’s Wild Romance and Poseidon. While the song was released on January 17, the full MV hasn’t been given a release date. The track is her first release under C-JeS Entertainment, and the single album is entitled The Lyrics No. 4.

Gummy’s participation in Immortal Song 2 has also pushed her back into the spotlight. With her recent appearance on the show, Gummy proved that her vocal control and experience in handling more emotionally charged fare puts her in a different league than her idol juniors, who are competing for the type of recognition that proves their sustainability in the eyes of the industry. Her style of down-home Soul and R&B is a rarity in this era of the pop singer. With her rendition of Joo Hyun-mi’s “Now You’re Just a Memory” she had the audience and the judges close to tears, everyone mesmerized and completely rapt in her emotional rendering of the 90s classic. With her unprecedented victory over her younger competitors, it’s obvious that Gummy is back, and she’s ready to reclaim her throne.