IU Makes a Comeback with "The Red Shoes" 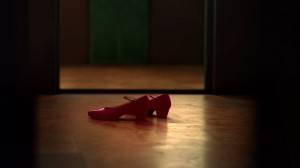 It’s been almost two years since IU last had full-blown promotions with “You and I” and it’s accompanying full-length album, Last Fantasy. Despite this, she has always been in the radar. Aside from the release of Spring of a Twenty Year Old early last year, she has been the MC of Inkigayo and starred in the weekend drama, You’re the Best Lee Soon-shin. Of course, most remember her scandal with Super Junior’s Eunhyuk and the following hilarity of Loen Entertainment’s official statement.

Once the teasers started coming out, most were interested in what IU had up her sleeves for her third full-length album, Modern Times, and it’s lead single, “The Red Shoes.” It’s easy to see why this song is the lead single — in an album that is a throwback to the 1920’s and 1930’s, “The Red Shoes” is easily the most mainstream song. IU has always had high quality MVs, so what kind of MV did they produce for “The Red Shoes?”

On the surface, the storyline is quite easy to pull apart. IU is the lead of an old, silent movie. Sometime in the future, the male lead, model Jang Ki-young, plays the movie and she steps out and discovers the different colors life has to bring outside of the confines of her movie.

Going deeper, the story is not as simple as that. The song and MV are heavily influenced by the fairy tale and movie of the same name. It is a retelling of “The Red Shoes” which is a fairy tale of a girl forced to dance continuously — which is exactly what we see IU doing in her movie. 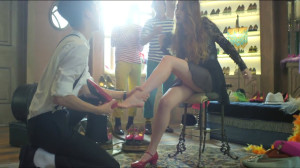 But when she is suddenly out of the movie — as the lyrics say, “A small alleyway split into twelve ways, where can I go to meet you again?” suggests that she has chosen the right path that incidentally also has her meeting those cursed red shoes. The male lead, possibly knowing the ending of the movie is death for her, takes off her red shoes and replaces them with pink shoes. This is the instrument of change used to give her that “Summer time” she sings of — a time where she is free to do as she wishes, to enjoy her life out of the confines of dancing. This is further underlined in the lyrics in the second verse: “They say you can go to better places if you wear better shoes,” telling us that the better places is outside of her movie and that the pink shoes are better for not forcing her to dance. 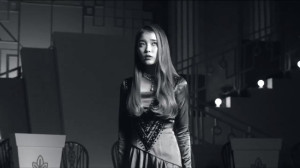 However, in the end, she is forced to have the same ending as the fairy tale of Hans Christian Anderson. In the original fairy tale, the woman forced to dance, Karen, asks an executioner to chop off her feet and is given a fair of wooden feet and crutches. No matter where she would go though, she would see the red shoes continue to dance with her feet in them. In the MV, we see something less grotesque but nonetheless effective. We see the red shoes follow her and while she runs away, not wanting to go back to her fate of dancing for the entertainment of others, she half-heartedly accepts her fate and is taken back to her movie.

Obviously, the dance component is a major part of the story. IU is not known to be the best dancer but from what we can see of the dance, she carried it well. The dance also reflects the period the movie is supposedly from and fits the jazzy, 1930s swing feel of the song. She is dressed in fashion similar to the 1920s and 1930s. Everything is packaged in a way that, when combined with IU’s acting within the dance, it’ll make for an equally theatrical stage when live stages start. From what can be seen in the MV, it’ll be a performance worthy of the musical style we get from the song — similar to one of the ending songs we can see from Broadway or West End. 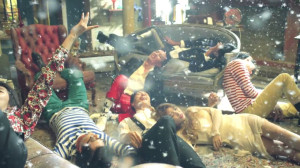 Another noteworthy aspect of the MV is the filming technique. The use of the black and white scenes to highlight her despair was spectacular to the contrast provided by the shots in full color. For the black and white shots, we have the movie, the continuous dancing and the red shoes as a device to bring her back while the color shots underlined the happy times with the pink shoes as the device. In addition, the shaky cam was used effectively. It’s a technique that is jarring a lot of times, but not in this MV. Due to its use, it felt as if we were peeking into the world of IU the dancer.

The MV and the song are both a continuance of IU’s whimsical, fantasy-like style and is amplified in this MV. While we see a continuance of this, there is still an evolution in IU’s sound. Like IU, the song and concept of the MV is more mature, but without resorting to the “sexy” mature we get from K-pop. There’s nothing wrong at all with “The Red Shoes” MV and while the song might not be to my taste or to everyone’s taste, it does what a title track should do — it represents the whole album. This MV was a grand comeback for IU and due to its coherent storyline with a strong and identifiable inspiration source, excellent filming technique and uniqueness, this MV gets a 5/5 from me.