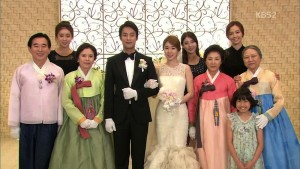 Like I warned in my first recap of this show back in early May, you have to be a certain kind of television watcher to watch a Korean family drama. Family dramas target a different kind of demographic — housewives, grandparents, people with lots of time on their hands — and they generally can deal with some conservative family issues.

But even so, “You’re the Best, Lee Soon-shin” can be an epic drag, even within the weekend drama category. Very little happens without going around in circles, without its characters taking steps forward only to take earth-sized leaps back. And then … rinse and repeat five hundred more hours.

I’m almost joking, but since I last wrote about the drama, Soon-shin (IU) has gone on to become an actress, quit being an actress, pick up being an actress again, and find out the identity of her biological mother, Song Mi-ryung (Lee Mi-sook). Her second sister Yoo-shin (Yoo Inna) dates someone, stops dating him, gets in fights with him, makes up, and then decides to marry him, much to the objection of his mother. There is a lot, a lot, a lot of screaming and fighting.

Soon-shin’s eldest sister Hye-shin (Son Tae-young) continues to be the shittiest, most spineless mother in the world. She’s bullied constantly by her horrible mother-in-law, taken advantage by her godforsaken ex-husband, and lets her child act like the biggest brat without reprimanding her ever. The only good influence in her life is Bread Man Jin-wook, who’s earnest and lovely, but who constantly gets slapped around by Hye-shin’s good-for-nothing daughter. I can’t do anything but sigh heavily. 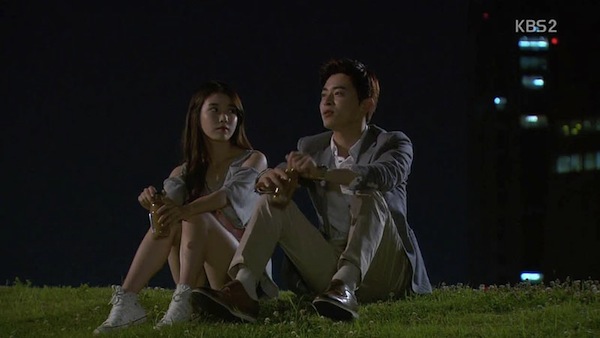 Outside of the Lee family, there’s Junho, who continues to be played winningly by Jo Jung-seok, capturing realistically the awkwardness and fears of someone who has a romantic interest in someone but finds it hard to express it, despite this storyline also taking a toll on my health. Using the phrase “snail’s pace” to describe this loveline would be understating just how painstakingly slow this couple’s relationship is progressing. Things finally picked up by episodes 39 and 40, and I know what I got myself into by starting to watch a family drama, but 40 episodes to get a confession from one side just seems a little sadistic.

I wish there were other characters in this story that I wanted to take the time out to write something about, but all the characters outside of the immediate circle of protagonists are horrible people, through-and-through, which is ultimately just an issue with writers who use their characters as plot points, and less because they actually wanted to craft living, breathing people. Lee Mi-sook is a gem of an actress, but there is nothing her Song Mi-ryung can do to make me like her, and let’s not even begin with Choi Yeon-ah (Kim Yoon-seo). Seriously, don’t start.

Let’s focus on the bright spots for a few seconds: IU has a really lovely and understated way of playing Soon-shin, and she continues to play the young adult character’s frustrations and fears in a realistic, relevant way. In fact, she’s so good at acting that I’m worried about her, y’know, singing career, which was also excellent and would make me sad if she were to abandon that in favor of acting. What a catch-22.

Jo Jung-seok continues to be awesome in a way only Jo Jung-seok can be awesome. Whatever problems I have with his character, I still think Jo has an amazingly natural way of illustrating nervousness, frustration, impatience, and awkward emotional conflict.

I mentioned in my last recap that I think Jo and IU have a great chemistry together, which I still stand by, but I do think after having watched so many episodes that it’s less romantic and more friendship. Don’t get me wrong, I buy their romantic pairing, but at the end of the day, IU does look very high school teenager-y and Jo looks more like a bumbling 30-year-old. And don’t even get me started with IU and Lee Ji-hoon (whose wacky striped button downs and colorful cardigans I love), who have next to no romantic chemistry. Better luck next time, Lee Ji-hoon.

Which of you are still watching this drama? Weigh in with your own thoughts below.