The Showdowns We All Secretly Wish Would Just Happen Already 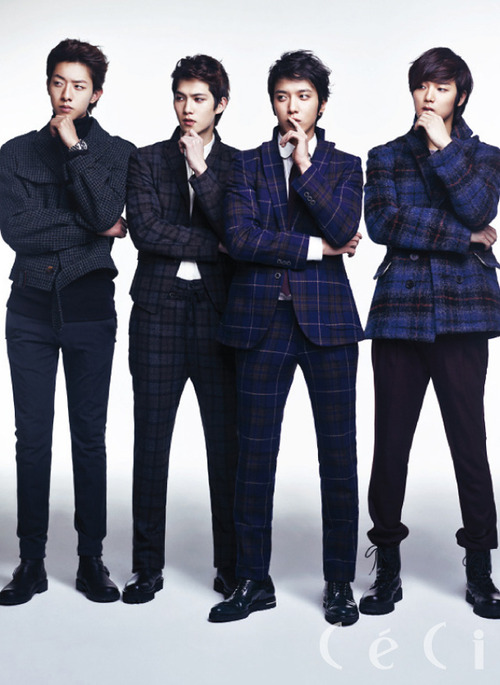 Do you ever watch K-pop award shows and see competing idol groups walk by each other and find yourself in the darkness of your room in front of your livestream, secretly chanting,

If K-pop is all about competition, it’s definitely not something we’re supposed to know about. In this candy coated sex machine of an entertainment industry, all the ugly that we just know is going on the behind the scenes somehow always seems to get conveniently swept under the rug until dust bunnies turn into bombs. And sure, fans fight, companies fight, but surely not unnie and oppar right?

We’d be fools to believe that rivals in the K-industry are as chummy as they are made to appear. You know some of them are just dying to bare their fangs. In any entertainment industry, competition is inherent, but not something we’re not made to realize might exist among K-idols themselves.

And with so much overlap and rehash coming in left and right, there is not doubt in my mind that idols see all their hoobaes and sunbaes as standing in the way of their glory, however pearly and innocent their BB cream paints them.

For this very reason, I’ve come with a handful of rivalries that I’m certain must be boiling beneath the surface that the K-pop gods will never allow anyone to see. If we’re not allow to know for certain, then we have every right to speculate, don’t we?

Sure, maybe it’s unfair of me to think that the two mainstream idol bands should be at odds because they’re both idol bands, but could you honestly think of a fairer match? You know somebody at FNC Entertainment company was like, hey let’s make an idol band and then BAM FT Island and then someone else at FNC was like hey this concept is pretty unique let’s another before someone else does BOOM C.N.Blue. And while in collaboration, sure everyone looks all chummy and the family bromance is alive, but you know all those unplugged guitars are not coming together for an epic jam session–for C.N.Blue and FT Island, you know this is K-Battle of the Bands. 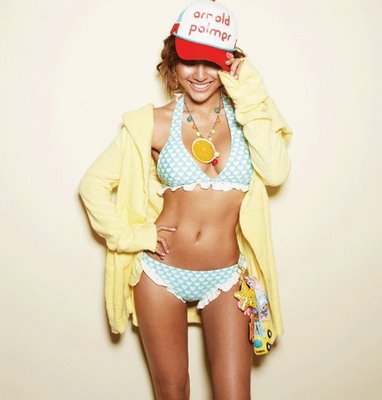 Don’t even act for like a second that you don’t realize that Hyuna’s jailbait solo career is just a carbon copy of almost everything Korea’s bombshell queen Lee Hyori has ever done.

And I don’t think Hyori herself is ignorant of the fact that Hyuna has captivated the sex hormones of audiences every where using Hyori’s old tricks.

Would this not be funny to some extent though? 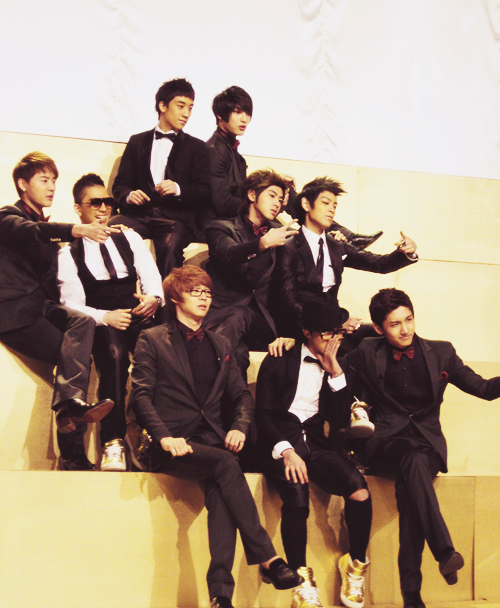 Now this one is a little outdated, but I still think about it. Everyone who was anyone five years ago practically thrived off the competition between these two super idol groups, and it really is no secret that the big wigs at their companies hated the fact that there was another group on par with crushing as many fangirls hearts as their group could.

Though there never appeared to be any bad blood between the two groups themselves, I feel like their stardom at the time could have warranted a battle of the best. Think about how lucrative and high-intensity such an event would’ve been. Think about the fangirl wars and how epic the final dance-off would be. It already sounds like a movie. It would’ve been too good to be true. But alas, rivals like that are never really allowed to spar as they should.

If you knew about me, you’d know that I devoted 2012 to be my year of the rookies and spent countless shameless hours reading up and following rookies on the scene. Now I know Block B probably doesn’t need anymore controversy around their name and I know B.A.P. is never allowed to sit down, but it would be this BlockBAP fangirl’s ultimate fantasy to have a hep hap showdown between the two rookie groups who claim to have more street cred than they do idol shine. I can already see the rap battles and the twerk offs that would ensue. If not a showdown, then at the very least these two need to collab.

It’s not secret that EXO and B.A.P. were the two top male group rookie performers for 2012, and their respective fandoms just love to get at each others necks. From the looks of it, this could very well turn out to be the BB vs DB5K 2.0 at the rate the two groups’ popularity is expanding. And I know it would just be hell on the internet if such a showdown were to ever go down, but it would be so perversely satisfying to finally put the two head to head and see who comes out on top. 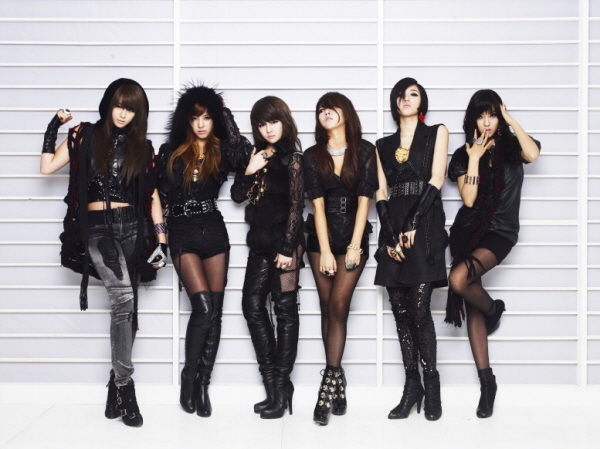 You hate CCM, I hate CMM, everyone at CCM hates CCM, but I really don’t know if anyone hates CCM more than T-ara. I’m just waiting for the day T-ARA picks up and leaves the company that worked these poor girls down to their bones and never let them see their family, ripped apart their group dynamic and tried to randomly forge a new one, and is now making them do ten versions of their upcoming Japanese single. Need I say more?

You know you want it to happen even though it would rip out your fan feels and light them on fire. You know everyone is dying to know which half of the ultimate five in the black would come out on top in a fair match, biases aside. And though I’d hate to make bad blood in more bad blood, the curiosity is just overpowering. But I won’t say much else or I’ll be burned at the stake.

SNSD vs every group that ever tried to be SNSD

I think this one explains itself. 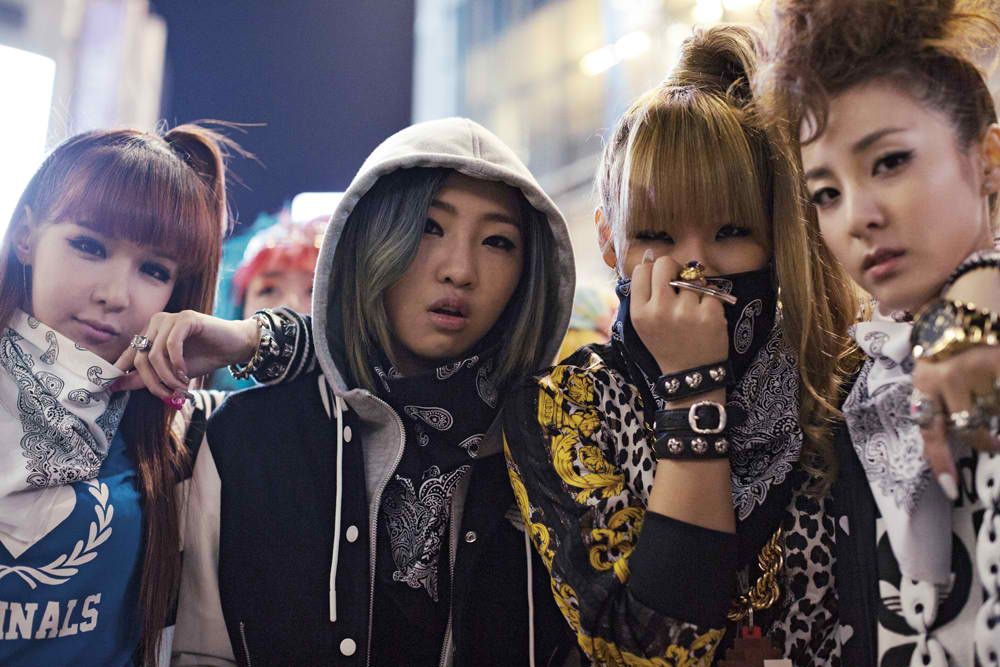 If I had a dollar for every time I had to sit through a Blackjack and a Sone going at it, I’d be a very, very rich girl. With SNSD at an all time high and 2NE1 underway for a comeback, it seems like no better time to pit K-pop’s leading girl groups against each other. Though I don’t know kind of showdown should happen–both groups possess adequate vocalists, dancers, and designated aegyo faces–we all know this showdown needs to happen. Could you just imagine the mayhem? This would be real heart-pounding competition. Ever wonder why it seems the girls never, ever, ever seem to cross paths? It’s probably because the rivalry is already so vicious. Someone is out to steal the other’s thunder. But which girl group would play the best tricks? I’m tingling with excitement already.

Of course, the point of me pairing up these matches is highlight the fact that you are never actually going to see them happen due to the inherent nature of the K-pop world. While this kind of competition would be maddeningly fun and would make K-pop worlds more lively, the head honchos are not looking for the ultimate fight, just the ultimate money sign. But of course, that would mean avoiding such competition as I listed above. In order to maximize attention and not split the bill, groups with such a command of attention have to schedule around their toughest competitors in order to stay in the competition, because real competition has the potential to produce some very unlucrative results for the money mongers who actually run the K-pop scene.

But all the same, a girl can dream right?