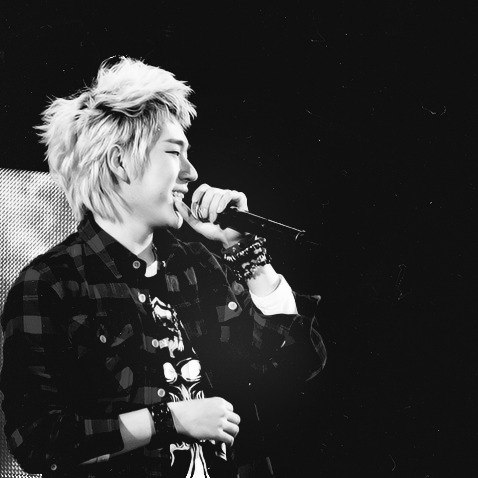 First and foremost, let me apologize for being late on this review–I was busy having the entire Blockbuster album on repeat for the past week, listening to it everywhere I went and at all hours of the day, in between classes, on the way to lunch, even during my pedicure.  I got so absorbed in the music for so long that I almost forgot that I had to deliver this review of Block B’s first full length album, and by that I also mean, yes, it is really that good.

It’s been an 8 entire months since the Block B-Thailand controversy put a halt on this group’s foray onto the mainstream music scene, but in the time that Block B has been away from the spotlight, this rookie hip-hop group has done some reflecting as well as some readjusting. Just last week on Beatles Code 2, some of the members fessed up to what they had been up to: B-Bomb cried alot, Kyung drank with his lady friends, and Zico (oh Jesus take the wheel here come the fangirl feels, brace yourselves) studied music. So without further ado my friends, fellow Seoulmates and BBCs, let’s get hep hap.

To begin, let’s break it down track by track.

“11:30” Oh my god, this is the sex jam of this album. There are no other words for it other than that–from the RnB flow to the delicate piano notes in the background and the iconic acoustics we all associate with sex jams, this ode to the beautiful woman carries with it a hearty melody and smooth delivery. The song takes on a more sensual feel with the way Zico, Kyung, and P.O.’s raps are balanced against Taeil, Jaeyhyo, Ukwon, and B-Bomb’s harmony (though I’m pretty sure the vocal team is mostly Taeil with some Jaehyo with Ukwon there to look pretty and B-Bomb humming out a few good notes, but hey I’m not complaining.) I was really grateful for this song because Block B usually doesn’t get very vocal–a lot of what they’ve put out so far has been mostly hip-hop and rap with that playful bad boy image at the forefront, so kicking off the album with this kind of mature tone was an unexpected surprise. 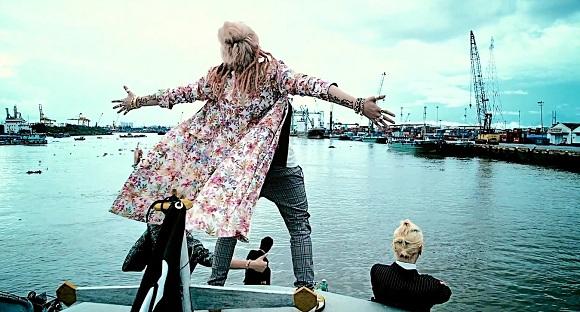 “Nillili Mambo” Excuse me while I just die from the perfec–and, I’ll just stop my inner fangirl right there. But in all seriousness, I don’t think Block B could’ve had a better comeback song. Consider the strategy here–the sound and edge of the melody isn’t all too different from beats in “NanlinA,” the last Block B promo which was overshadowed in the drama of the Thailand controversy. In this circumstance, by using a similar sound in a different song, Block B shows us how they have grown but also how they haven’t changed who they are in their music and style, which I think is a fear many fans had. The “Nillili Mambo” melody is also a trigger for recalling “NanlinA” and the hype that had built up around the group preceding Thailand. It’s kind of like saying, ‘hey, remember us?’

On Beatles Code 2, Zico went on to reveal how this title track came to be. As I said before, Zico spent his time off studying and making music (not only did he write and compose “Nillili Mambo” as well as help produce the album itself, he also made another mixtape, Zico on the Block 1.5). In what I suppose was the quest for the perfect song, Zico came across the Korean folk song “Nillili Mambo,”  and adopted it’s message about rallying the spirits and coming together to write and compose Block B’s very own “Nillili Mambo.” And considering what the boys endured during the controversy and its aftermath, “Nillili Mambo” becomes the perfect fight song to explode back onto the pop scene with.

“Mental Breaker” This is favorite song on the album! “Mental Breaker” is your staple boy-chasing-girl song. But instead of a cheesy cat and mouse game, this song is an upbeat quest; you can really feel the butterflies when the chorus hits the climax as it puts that stop-motion image in your head of a boy’s heart skipping as he glances at a crush. Fun and flirtatious, “Mental Breaker” is an animated and cheery number that is sure to lift you up. 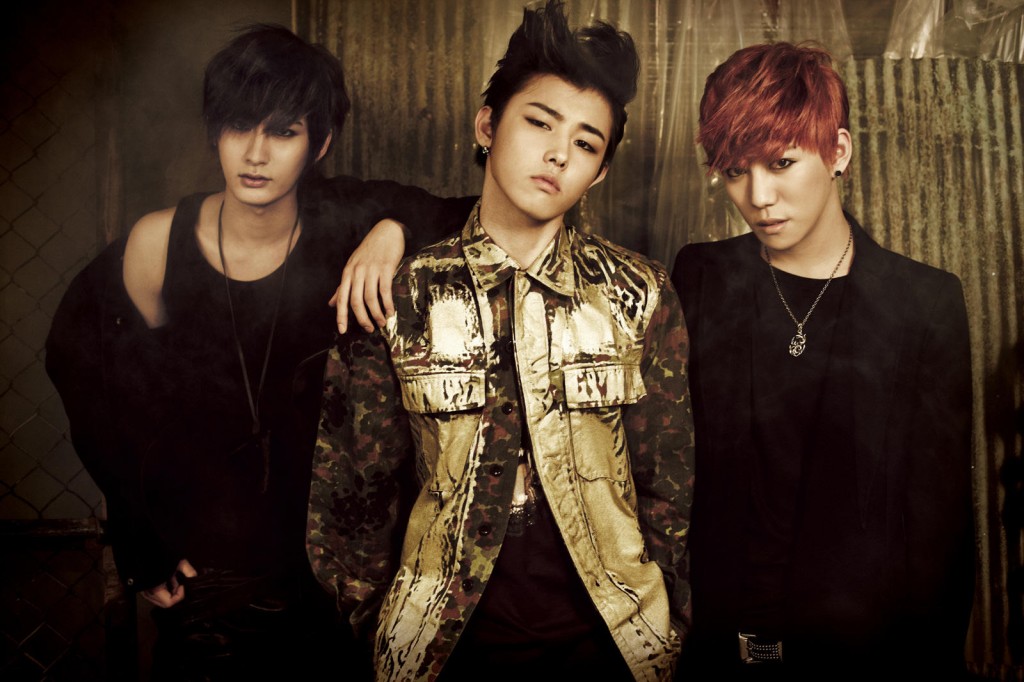 “No Joke” Careful, the bass hit hard for this one. The rap team aka Zico (aslkdjfla;sdkj’ MYZICOBBY), P.O. and Kyung come at you full force with “No Joke.” Equipped with a raunchy, thick bass and some mad verses, “No Joke” is sure to have you popping some serious booty down on the dance floor (or in your dorm room which definitely doesn’t have enough room for that but you do it anyways because yeah that was me).

In the lyrics to this track there is a story though, one about hard work and redemption. And that much I expected to find, especially if Zico and Kyung were going to lay down the verses, but I didn’t expect the energy of this song to be so powerful. “No Joke” channels a certain frustration and fury into a controlled beat with a delivery that bleeds with pride and personal representation. The meaning behind this one runs deep–really listen to this one.

Most are like that. Do you earn money easily? / My answer is never. From a long morning to a night. So I got duplicity like Harvey Dent. / But I tempt fate on my ability than coin. / There are two montages on my smiling face. If you want to know about the other me, come to my studio. / No joke, I tighten my loose screw. / I fill myself with faith instead of mischievousness. Yeah it’s the rebirth. / It’s been a long time. I have been aching to do this. We back, aight? We got the power back.

“Movies Over” Ah, the break up song. Unlike most depressing break up songs that usually mourn about being unable to let go, “Movies Over” is about moving on. I think what I love the most about this song is the fact that Zico is singing, and can actually sing. His harmony is on-point with Taeil and Jaehyo, and I commend him for that–not many K-pop rappers these days showcase their other vocal abilities in their music, either because they lack confidence or can’t sing much melody at all.

I thought “Movies Over” was also very well written–it’s not about shutting someone out as much as it is as starting over. The motif of memory rings out clear in the lyrics, such as in “Only dust comes out after brushing dirty clothes / A scar will be left even though the wound heals up.” But even amidst this break up, there is some degree of uncertainty about love and its reality which paints the song’s undertones of heartbreak, such as with the lines “I just hate it because I cannot tell if this is love / I don’t want my heart get broken.” 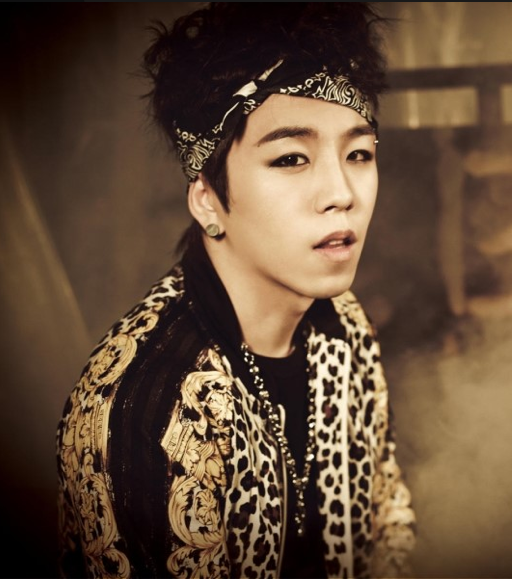 “Where Are You” This is Taeil’s solo, the real ballad breakup/heartbreak song. Nothing too special about this track–it is very much what I would expect–sad lyrics, ballad tune, the works. I will say though that I’m so glad Taeil got his time to shine on this album. The extent of his talents, in my opinion, hasn’t been put to the best use in most of Block B’s discography, and while I think he is a great vocalist, we simply just don’t hear enough of him.

“Romantically” /blushing. This song is another playful love tune that hides the idea of seduction behind innocent flirtation. It’s got a great jazz feel to it and is a perfect laid-back listen. It’s one of those rare tracks where Zico holds off until the end of song to smother us with his rap verse, so we get to hear everyone in this song with a substantial part.

All the rap verses in this song are very much complementary, augmenting the melody with the right amount of hip-hop vibes as to not drown out the overall simplicity of the song, which includes gentle acoustics, subtle synths, and a drum beat. 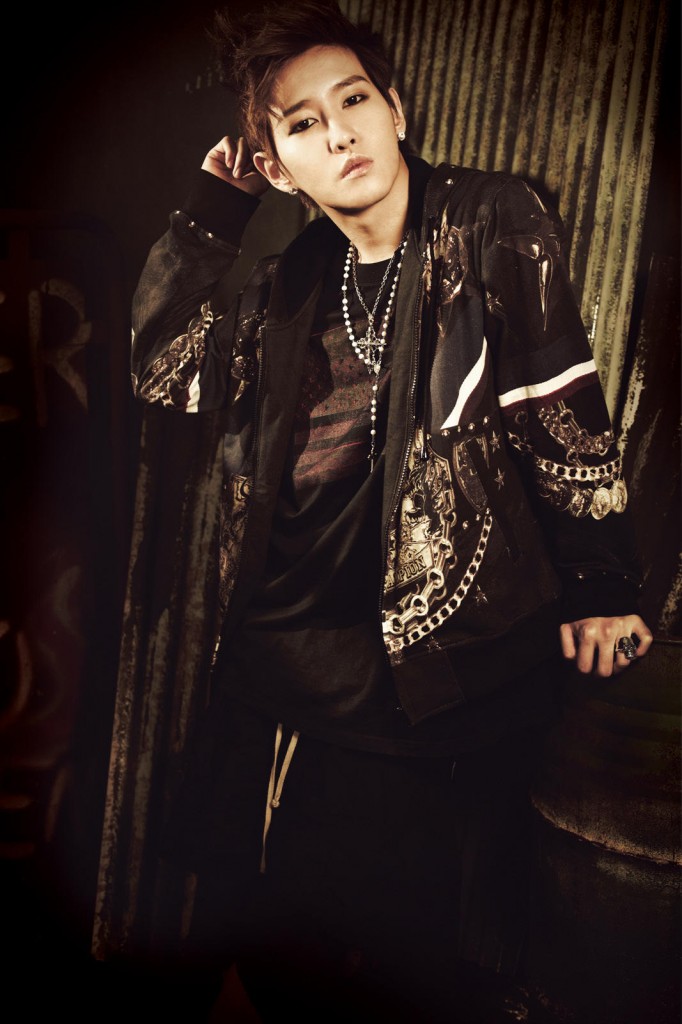 “Did I or Didn’t I” The couples’ argument is brought to life for this number, but you could probably tell at least that much from the edgy tone of the title. This is the conversation you never want to have with your boyfriend. The lyrics are embittered with accusations of cheating and the frustration of losing someone in such a way. An overpowering sense of conflict arises out of the story as the lyrics confess to a deep burning love betrayed.

The tune itself though is a little deceiving–it is fairly even and there is not a trace of anger or aggression–in fact, it’s even a bit ambiguous, because it is neither particularly sad nor happy. “Did I or Didn’t I” was previously released on the Welcome to the Block mini-album some months back when “NanlinA” dropped.

“Halo” I’m pretty sure this should have been romanized as ‘hallo’ because that’s what the chorus sounds like, but whatever. “Halo” is from the New Kids on the Block mini album, and is the last and second rehash track, as well as the last track on Blockbuster. “Halo” is another feisty fight song that boasts of the kind spine Block B is made of. The chorus on this track is and has always been so catchy, and Kyung and Zico bring the heat with some serious rapping. The hip-hop flavor to this song is balanced by a strong dance beat, which fuse together in the melody to create an all around great song. “Halo” has been a longtime favorite of mine. 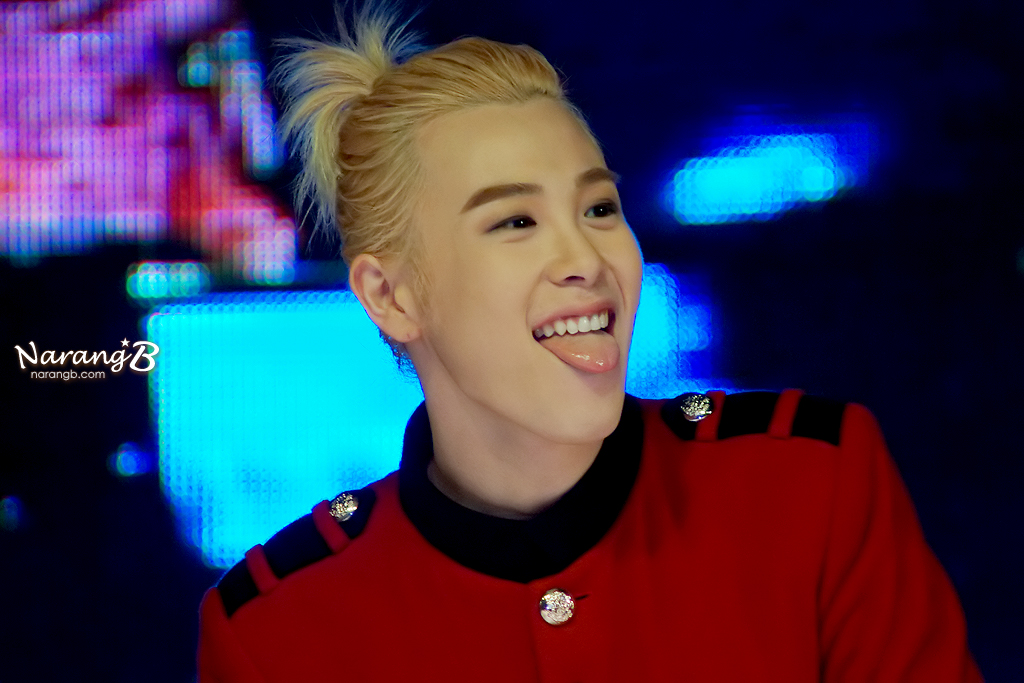 In short, Block B just knocked my socks off. I thought the length of this album fair and I found the quality of each track rather striking. I’m so used to getting albums with stellar title tracks and then some mediocre others, but Blockbuster was a thoroughly impressive and enjoyable album from start to finish–I honestly couldn’t have asked for a better variety of songs. If Blockbuster doesn’t convert you into a Block B fan, then I don’t know what will. Honestly, I’ve had this entire album on repeat for so long that I’ve almost memorized the whole thing. If you haven’t checked it out yet, I have no idea what you’re doing with your life–if there is one full length album of 2012 actually worth buying (yes, buying) and listening to, then it’s this one. Give the whole album a listen and see if by the end of it you’re not asking yourself, “Do you wanna B?!”