In a photo shoot inspired by teenage vampire novels, SNSD’s Seohyun and TVXQ appear. Although there are no fangs in sight, the trio’s pale skin, somber expressions, and intimate posing calls to mind Twilight and The Vampire Diaries. Seohyun, with her sad expressions and dark hair, looks the part of a heroine caught in a love triangle with two gorgeous undead men, Yunho and Changmin. In this shoot, all three look beautiful and unearthly, but Changmin especially stands out to me. While Yunho and Seohyun wear the same expressions in every photo, Changmin’s modeling shows a little more emotion and intensity. 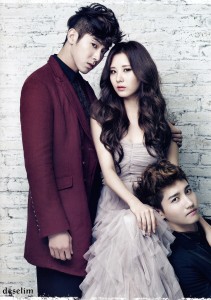 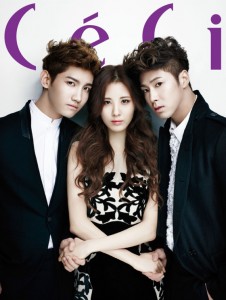 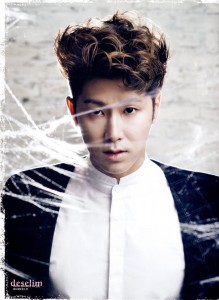 I had expected to see more pictures of them as a trio and was disappointed to discover only two. Most of the photo shoot consists of individual shots of the idols or duo shots of Yunho and Changmin. The pictures that do feature them together have the three in intimate positions, with Seohyun between Yunho and Changmin to create the illusion of a love triangle. With her volumized hair and pretty gown, Seohyun looks stunning, as do Yunho and Changmin with their tousled hair. The next picture has the three wearing black and white, hands clasped, and wearing the same expressions as that in their first picture. In the third one, we see Yunho in a look of muted surprise, and with a clearer look at that messy up-do. The three do look beautiful together, and Seohyun would make a wonderful Bella Swan or Elena Gilbert. 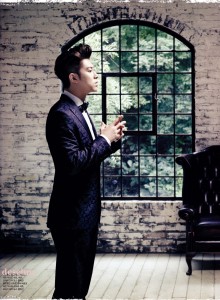 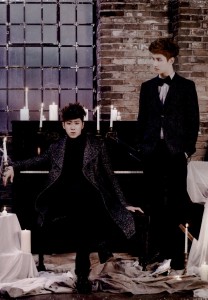 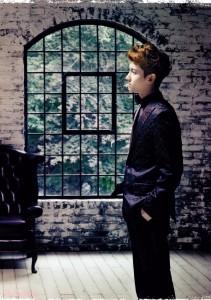 In this shoot, Yunho and Changmin can be found in various types of suits. In the two pictures taken at parallel vantage points, you see the gentlemen wearing shiny satin suits, spotted with what looks like cheetah print. Not the biggest fan of their suits, which could have been better tailored, but I like Changmin’s absolutely bored expression in his picture. It looks like Yunho’s talking to him and Changmin’s not even listening. In the center picture, we see them both before a piano, surrounded by sheets and candles. The props are obviously meant to give the picture a more Gothic setting, as if they’re living in an old house. Here Yunho wears an oversized jacket and Changmin a blazer of similar material. 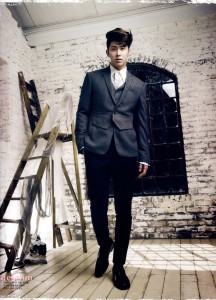 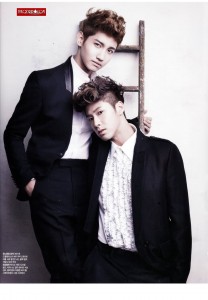 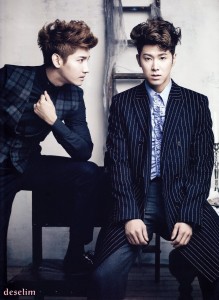 I can’t say I’m that fond of Yunho’s hair in this photo shoot — the sides are flat while the top part is styled into curls and spikes. At some angles, his hair looks acceptable, but in others it looks a little strange and not suited to him. The first photo above isn’t that bad, having Yunho look handsome in a grey blazer and waistcoat, but his expression is vacant. In the middle, Yunho and Changmin cuddle in tuxedos. Here is where Yunho’s hair looks unfortunate. Changmin’s hair isn’t so bad, styled as it is, but I look forward to him changing it in the future. But the coppery color gives him an Edward Cullen sort of feel that goes well with this shoot. Changmin again proves to be the better model in the last picture, staring Yunho down with an intense expression and hand grasping his collar. Yunho, again, looks vacant, and his oversized striped jacket and ruffled shirt are far from flattering. 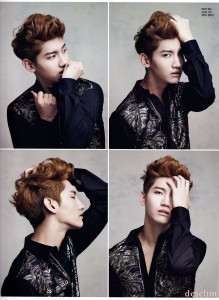 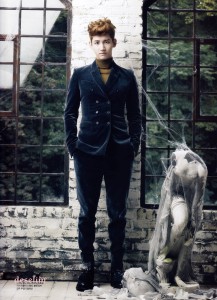 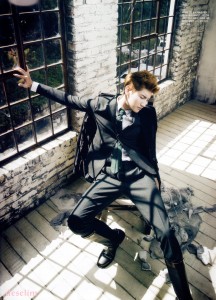 Grasping your face and hair never looked so hot. My favorite of Changmin’s close-ups would have to be the top right, where half his face is eclipsed. His gaze is so intense here, it’s as if he’s speaking out in frustration through his body language. With stringy cobwebs, the center picture has him in a velvet suit, with pants looking a little too baggy around the thighs. His expression is perplexed, but the picture is rather boring, having nothing striking about it. The final Changmin picture, however, is quite the opposite. Playing the part of a vampire, Changmin lurches away from the sunlight pouring through the window. 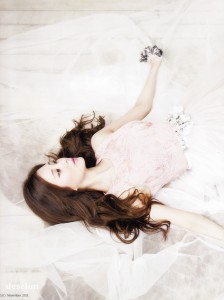 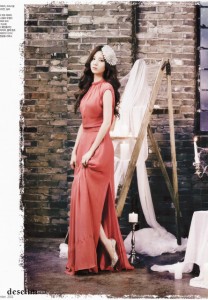 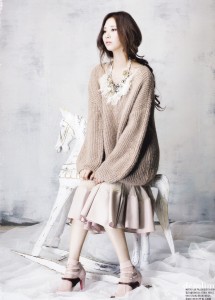 Now we move onto the lady of the photo shoot, Seohyun. Like Yunho, Seohyun has a problem with expressions but still looks gorgeous in her airy clothing. In contrast to TVXQ’s pictures, wherein they’re wearing dark clothes and have a darker setting, Seohyun’s pictures are filled with light. She lies on beds of tulle, wears soft clothing, and stares at the camera with expressions more akin to longing than angst. With her dark hair and pale skin, she does remind me of Bella Swan. I love her jeweled belt in the first picture, and premiere-ready dress in the second. Seohyun looks wonderful in red. The third picture does not feature her in a dress but a large, cozy-looking sweater. 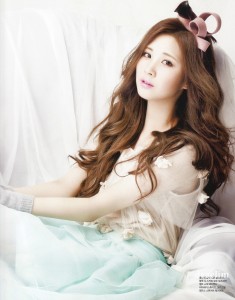 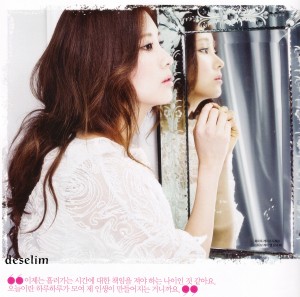 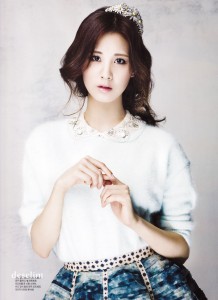 Seohyun continues to look like an angel in these last few pictures. In the first, Seohyun’s pale blue skirt is lovely but her grey gloves are an odd addition to her outfit. The middle picture wonderfully shows off Seohyun’s lovely profile. The last picture has her wearing a fluffy sweater, bejeweled collar, and blue skirt. Seohyun’s wide-open, sparkly eyes and twisting fingers give her the image of innocent and sincerity.