2AM Leaves Us Wondering: The "I Wonder If You Hurt Like Me" MV

When we think of F. Scott Fitzgerald, some of us are reminded of the renowned 20th century American Jazz age novelist of the same name.  And just when you thought there could never be the slightest connection between K-pop and American literature, two things that already bare no similarities at all and would never be strung together in the same thought otherwise, JYP goes ahead and smashes them both together to bring us 2AM’s “I Wonder If You Hurt Like Me” MV from their F. Scott Fitzgerald’s Way of Love Album.

So let’s get right down to it. What’s the magic behind “I Wonder If You Hurt Like Me,” and how well did K-pop’s beloved ballad quartet wow us, if they did at all? 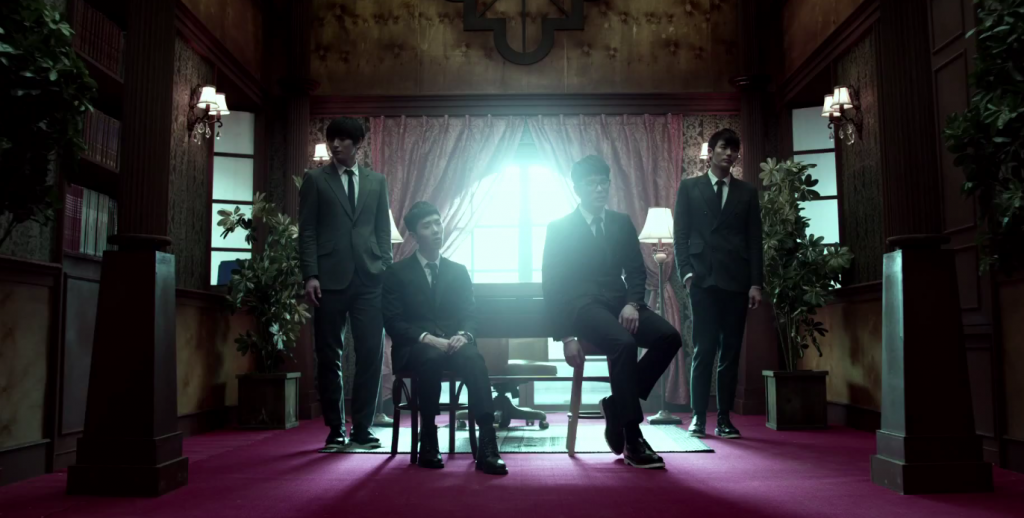 Cinematography: 3 Points out of 5

Okay, let’s be honest here; the cinematography was nothing particularly amazing in this MV. I enjoyed the dark ambience that was coordinated into each set–all the shadows juxtaposed with the fixed lighting work well to elicit the emotions in the lyrics and add a twist of drama to the storyline. There was however one set in which the room was fairly dim, save for some enormous window letting in the most obnoxious glare from the lighting behind it, and honestly it just hurt my eyes.

I didn’t really care for the storyline’s opening clip and ending clip, because, sure, it was a piquing addition to the overall plot of the MV, but it was in my opinion unnecessary filler; you could have removed those scenes and still got the full effect of the MV as a whole. The sets were also well constructed, and the Victorian-esque furniture added a dash of culture to each of the scenes. I did not, however, appreciate the shade of lipgloss the stylists chose for the close-ups. Not cute.

My favorite part of the MV is towards the end, as the photographs and memoirs of this past lover just disintegrate and disappear, eventually leading up to Jinwoon himself falling into pieces in thin air. Though the animations were kind of cheesy, this portion of the MV brought the emotion to a climax, as the desperation in the lyrics manifests itself into a kind of figurative self destruction we see through these disintegrating images.  Oh, and the female actress was absolutely stunning! Her hair, oddly enough, tied into the color schemes throughout the MV, which could be a symbolic placement of her presence in each scene of heartbreak to exaggerate the struggle that is getting over a lost lover. 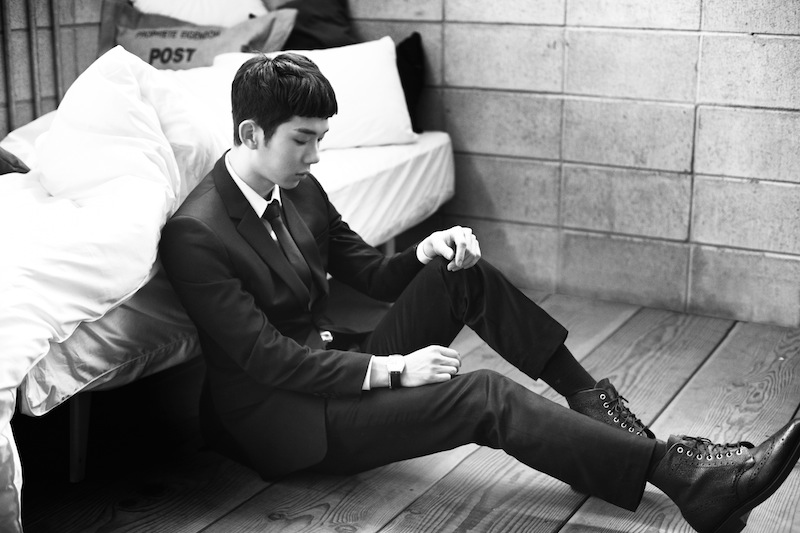 While I appreciate Jinwoon as an actor, I felt like the focus should have been on Changmin or Seulong. Their faces would’ve contoured this shadowy-darkness effect going on so much a little better and made the emotion more tangible. Call me picky, but I’m tired of Jinwoon constantly being front and center, especially when there are better fits for the role demanded. Since there is no choreography to pick apart, we are really only left with the crying scenes and emotional closeups to evaluate, and perhaps how well each member contributed to the dramatic effect of the song.

I will say, every time it comes to performing, Jo Kwon, the ssanti king and act-in variety gag man, just blows me away. He is so good at bringing the force into his words and emotion into his face that had I not known better, I would’ve never believed he is the jokester many of us know him to be. Seulong’s lipgloss was too distracting to read into his effort, and there wasn’t enough Changmin to judge accurately either. Jinwoon did a fair job in for his role in the plot line, but I still think another member would’ve been more suited for this role. Also, I cannot stand his crying face. 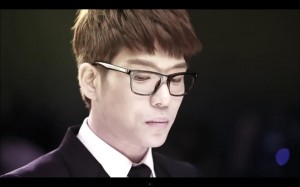 This music video was too bland and too typical for 2AM. Though the decor, the actress and the suits were all beautiful, I couldn’t help but feel there was that extra oomph lacking in this MV. And that saddens me, because I’ve always believed 2AM, since there is no choreography to perform and perfect, has had every opportunity to develop complex story and drama in their MVs; and I feel that they consistently do not. While the MV is nice in all due respect, there is nothing particularly captivating or thought-provoking in it. The use of the actress in the closet was an interesting scene, and it underscored the obsessive love going on in the plot, however it was so brief it was practically dismissible amidst all the other scenes.

And there you have it, a break down of 2AM’s very latest, “I Wonder If You Hurt Like Me.” Now let’s hear your thoughts–were you impressed by what 2AM has brought to the table for this comeback, or do you think things could’ve been better?