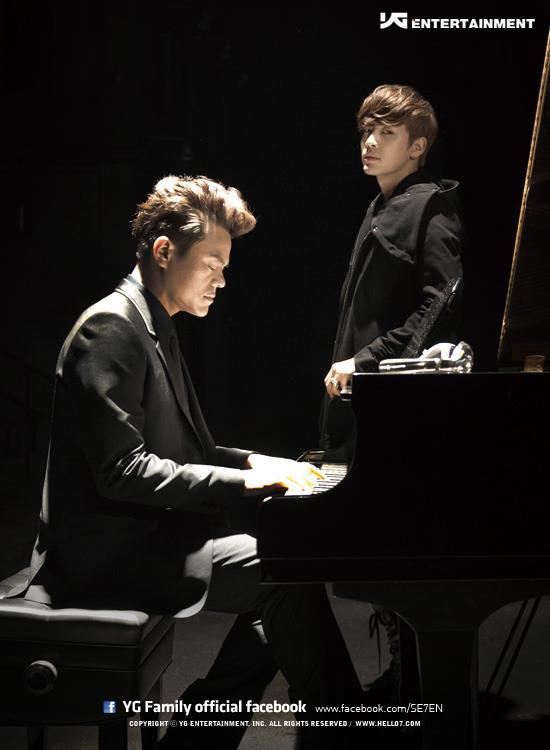 A flurry of teasers over the last week culminated in a return to the K-pop scene for YG’s solo superstar Se7en.  His EP, which is cleverly titled “New Mini Album” was released on February 1 featuring the lead single “When I Can’t Sing.”  The involvement of JYP in his comeback fueled much of the hype and since its release the album has taken the #1 position on Korean charts, but the US iTunes Chart as well.  The new MV which features a very brief cameo from labelmate G-Dragon also grabbed the top spot on Youtube’s Most Viewed Videos of the day in Korea.  I was thrilled that Se7en was finally making a comeback because he is, in my opinion, one of the most talented vocalists in K-pop and a real pro when it comes to live performances.  It is also nice to see a solo artist once and a while in the sea of idol groups.  I wasted no time in snapping up this album on iTunes, and here is my take on the six tracks that make up this new release:

“Somebody Else,” the first song on this EP, is actually the Korean version of the title track from his recent Japanese single album.  This light, electro-pop tune is infused with a simple electric guitar riff that mixes quietly behind Se7en’s strong vocals and a clap track.  The tune is very repetetive and chorus heavy, which isn’t neccessarily a bad thing because half way through I was already singing along. At first listen, it had a very familiar feel to it, almost reminding me of the chorus of 2NE1’s “Go Away,” so it came as no surprise that both tracks were written and produced by Teddy.

“Angel” is another Korean version of a song from his Japanese single album.  It starts out soft and slow with little more than Se7en’s mellow vocals, but it quickly changes to a more upbeat tempo with soaring strings driving the chorus. This pattern repeats throughout the song and has a very uplifting effect everytime the catchy chorus comes back around.  The song is, however, quite similar to the previous track, and it may have been better if they had not been placed back to back on this album, because after two songs in I was afraid the entire thing would sound the same.

When JYP released a mysterious teaser video of himself playing a soulful piano melody, no one guessed that it would turn out to be for Se7en’s comeback single.  JYP and YG make their first official collaboration with “When I Can’t Sing” which was both written and produced by “The Asiansoul” himself.  The song, which was rumored to have been originally penned for Son Ho Young, is about a performer’s relationship insecurity and the fear that the significant other is only with them because of fame.  I think Se7en is able to pull off the subject matter of the song because he is at a place in his career where his popularity isn’t what it used to be and he’s nearing his mandatory military service, which can have drastic affect on one’s fame. Overall, the R&B tune is very polished, with a sound that fans have come to expect from JYP which is a solid track, but nothing groundbreaking.

“That Guy” is perhaps my favorite track on the entire mini-album.  Se7en is really able to show of his vocal range in this song from his usual smooth tenor to a swoon-worthy falsetto.  Starting with a simple piano melody and cymbal roll, the opening verse again features very bare vocals like “Angel,” but a nice drum track rolls in and stays for the rest of the song.  An issue I generally have with Se7en’s music is that while I think he technically has an amazing voice, there usually isn’t anything behind it. When you can feel a singer’s emotion in their performance it has a greater impact on the audience.  For me, this track represents the emotion of the album which is what makes it so great. 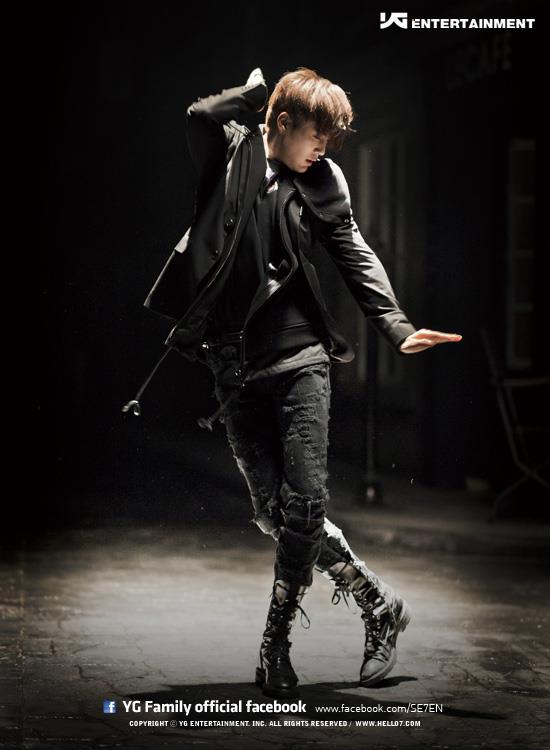 “Understand” is another song that originally appeared on his Japanese release. It is a standard K-pop ballad, with piano and sweeping orchestration. At times the vocals are more breathy than other songs on the album which is a nice change of pace, aesthetically.  The song seems very much like a filler piece to me.  I do find it a bit funny that with so many Korean acts taking their songs to Japan as remakes, Se7en is doing it in reverse, although I’m sure the intent was always to release the three songs in both markets instead of it being a hasty remake.

With a title like “Make Good Love,” it was not surprising at all when the classic rhythm of an R&B slow jam filled my speakers.  The falsetto comes out once again in this song, as well as a growly characteristic at times.  Both elements fit perfectly with the mood of the song.

This album is a complete 180 from his last Korean release, “Digital Bounce,” with the singer dropping the techno dance beats for the much safer ballad style.  I like Se7en any way I can get him, so I won’t complain about that.  I will however gripe about the fact that after a year and a half away, fans only get a mini-album (and a single album in Japan) when a full album was the original intent.  Why are you like that YG?  On the whole, I don’t know how often this album would end up on repeat but I definitely won’t skip any songs when they come up on my playlist.