Has F.T. Island Truly Grown Up?

F.T. Island has been around the K-pop scene as a fully functional, instrument-playing band under FNC Music since 2007, but although it seems like they’ve definitely acquired “idol” status they have managed to somehow avoid the artificiality I have come to associate with many idol groups. To me, it seems like F.T. Island’s music is much less formulaic and more experimental than other idol groups’ music–a breath of fresh air in the world of K-pop. Instead of churning out songs that sound almost exactly alike one after another, F.T. Island’s songs have developed a distinct feel while deftly avoiding the trap of repetitiveness. With that being said, I had high expectations for their newest mini-album, Grown Up. 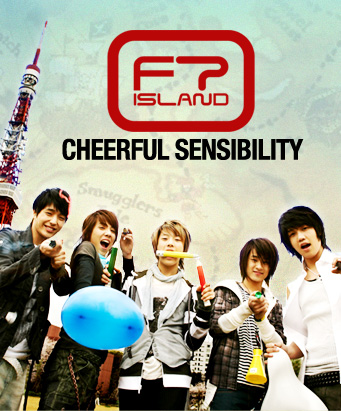 The boys’ debut album, Cheerful Sensibility, featured a strong vocal showing from Lee Hong-ki, as expected, as well as some instrumental themes that are still present in their music today. It was obvious from the beginning that the group was not trying to gain a foothold in the music industry through mainstream, bubblegum K-pop. Instead, they seemed to focus more on artistry and the deliverance of their music from the beginning. With that said, F.T. Island gained the respect of many loyal fans who genuinely appreciated their music and not just their pretty faces. However, when I compared Lovesick, F.T. Island’s debut song, with other chart-topping singles in 2007, it didn’t really stand out to me as a particularly different track.

As many fans know, the K-pop scene changes very quickly, often annually, in terms of music. New groups take the spotlight and old groups are forgotten as they go on hiatus due to solo activities or military service. In 2007, ballads swept the charts, but in 2011 electropop dance tracks took the trophy. It’s not easy for a band to stick to the same sound for more than a year–companies are constantly changing “concepts” of groups to keep up. If groups fall behind and become outdated, their music sticks out like a sore thumb among other groups’ slicker, trendier music.

F.T. Island is one of the few exceptions–instead of repeatedly changing their fundamental “sound”, FNC Music has thankfully allowed them to retain the original indie-rock-pop-esque feel to their songs. Almost every single one of their songs have string instrumentals and mix the guitar riffs and bass notes of a rock song with the crooning vocals and lyrics of a ballad. The band has never really stepped beyond that, preferring to stay within their comfort zone. 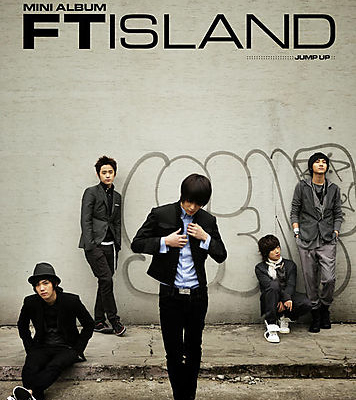 Frankly, that can get a little boring in the case of most groups. The easiest example is to take a look at the recent past of Super Junior. Ever since Sorry Sorry, the group’s first successful flirtation with the world of electropop, SM Entertainment has somehow convinced themselves that perhaps every electropop single performed by Super Junior would be successful. I have nothing against Super Junior, but I’d definitely like to see them attempt a little more variety in their music before Leeteuk heads off to the army as kind of a last hurrah. With F.T. Island, however, they probably would not be as successful if they changed up their music and concepts drastically. It would be a surprise (and not a good one, probably), if F.T. Island came to the stage and jammed out to a catchy electro-pop song (think Cobra Starship). In that case, deciding to stay in their comfort zone is the right choice. Following Cheerful Sensibility and their Japanese debut, the group released Jump Up, which anchored the band on the K-pop scene as a consistent, talented group.

Grown Up starts off with “Severely,” a somewhat slower track than their previous opening numbers, such as “Hello Hello” and “Love Love Love.” The song emphasizes their development as a musical group without straying from their trademark sound by including impressive guitar riffs and as always–fantastic vocals. The song doesn’t rely on anything but raw vocal and instrumental talent, something we rarely see now in K-pop.

The music video was a little too dramatic for my taste,  but I guess that’s how most K-pop music videos are nowadays. Also, I have a confession: I can’t take Hong-ki seriously when he’s acting the part of a heartbroken ex-boyfriend or whatever he was in that video. Why? Because he was wearing nail polish. Just wondering… does that bother anyone else? I am just so weirded out by that. And I wasn’t a big fan of his hair either. But anyways, back to the music.

Another track worth mentioning on the mini-album is “We Hope to Become Lovers“ because it stands out in the sense that it’s more of a duet between Hong-ki and Jae-jin than anything else. It’s a very easygoing piece compared with some of the band’s other songs–simply a feel-good song that I’ll probably be listening to as the spring weather sets in or something.  I just adore how easygoing it sounds, definitely a change from tracks like “Severely” and previous ones like “Tears Are Falling Down.”

The third track on Grown Up, “I’m a Foolish Person,” reminded me of one of F.T. Island’s songs from Jump Up, “You and I.” Although it was a little slower, the vocals and the instrumentals had the same feel–soft drum beats, strong guitar chords, and crooning voices. Both songs are definitely different, but it’s easy to tell that they’re by the same artist. F.T. Island has definitely learned how to keep their style consistent while recycling elements in their songs–that’s what makes them so successful.

To be honest, I expected the same immaculate vocals and dramatic string openings I had come to associate with F.T. Island from them, but not with annoyance. Instead, the familiarity felt soothing to me–I knew what they were going to put out with their new songs and they delivered. There were no nasty surprises–it was like opening a favorite book that had already been read thousands of times and expecting the same sweet story.

So, roughly five years after F.T. Island’s debut, where are they now? Have they really “grown up”? My answer is yes, subtly.  Although F.T. Island has stuck with their original sound throughout all their albums, they’ve shown growth as a band and matured musically. Sure, they’ve been through a few rough patches, but here they are in 2012, still enjoying the support of many fans. Instead of being an idol group that will fade out after a few years, F.T. Island has proved once again that they are not to be forgotten or disregarded. With a solid fan base to back them up, I can confidently say that I expect to see them stick around for years to come.