Read All About It: SNSD in the US 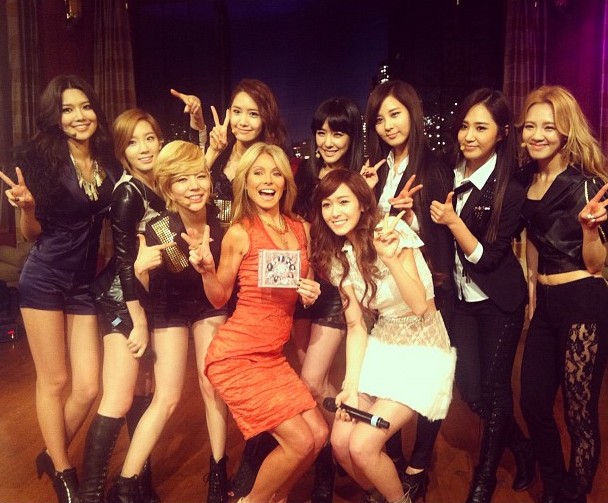 With SNSD’s two performances on Letterman and Live! with Kelly came a little media attention as well. Not one, but two American media organizations turned their attention onto SNSD and K-pop: The Wall Street Journal and The Atlantic.

Both written before SNSD’s performances, neither of the articles has anything to do with how well the girls did. Instead, the articles focus on SNSD’s and K-pop’s popularity in Asia and growing popularity globally.

The Wall Street Journal‘s snippet, titled “A K-Pop Group Plays Letterman,” provides a small article, video, and slideshow about SNSD. This editorial is featured in the Scene Asia section of WSJ’s blog. I won’t lie – I was largely amused by this, mostly because of how the interviewer and Korean journal portrayed SNSD. “They all have a different act. One of them is a really good dancer. One of them can sing really well. A few of them are, I think, there for their good looks,” and “They have a different fanbase locally and abroad, maybe they can collide a little bit. Locally they have a big fan base of older guys, for obvious reasons, and abroad we see all of these K-pop lovers, teenagers who want to follow K-pop stars, love these girls as well,” were the highlights for me.

The validity of those statements depends on who you ask – some people say that only one-third of SNSD can dance and only four can sing and Yoona is there because she’s pretty. SONEs would argue that they’re all nine flawless angels. We all know that SNSD has a huge male fanbase. But whatever you personally see SNSD as, they are never depicted as this by the media. I don’t get the feeling that the reporter is a big fan of SNSD, or even that the interview cares a whole lot about them. I’m surprised that the reporter didn’t mention Wonder Girls’ Teen Nick movie – that’s progress, isn’t it? Certainly more progress than a five or six minute performance at the end of Letterman and Live! with Kelly.

The article itself isn’t entirely atypical. It provides a short amount of information about SNSD and K-pop’s growing global success, citing Big Bang’s EMA for “Best Worldwide Act” and 2NE1’s “Best Band in the World” wins as well as YouTube hits. It even quotes Rob Schwatz, an East Asia Billboard correspondent, as saying, “These girls are sexy enough to open the floodgates for the Korean wave with this performance.” Maybe I’m a horrible pessimist but I think K-pop fans are hoping for too much with these performances. Having seen them, I thought they were good, but judging from people’s reactions and the fact that people perform on Letterman every night, I’m seeing this to be a lot of hot air. I don’t think SNSD’s performances sparked as much an interest as K-pop fans think. It was a foot in the door but they’re not running New York or even close to making K-pop in the US anything more than a niche market.

The Atlantic’s article is better by far. In fact, it’s probably the most detailed article 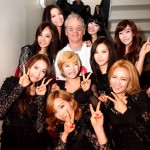 about K-pop that I’ve seen from a Western source. As reflected by the title, “Does Korean Pop Actually Have a Shot at Success in the US?” is about just that subject.  The article provides a brief history on Asian acts in the US, discussing Wonder Girls’ ventures and even calling way back to 1963 when Kyu Sakamoto’s “Ue o Muite Aruko,” known as “Sukiyaki” in the West, claimed the number one spot on Billboard charts for three weeks.

“Yet the Asian artists following Sakamoto never approached his surprise success,” says author Patrick St. Michel. He acknowledges the crushing failure of Pink Lady and Jeff, Hikaru Utada’s unsuccessful attempts, the brief popularity of Puffy AmiYumi (remember that show?), and short amount of publicity shined on Rain. Finally, at the end of his article, St. Michel turns his attention on SNSD, 2NE1, and Wonder Girls:

The forecast is more favorable for Wonder Girls, who mirror Pink Lady’s appropriateness for the time, as their new American single “The DJ Is Mine” features several dubstep-aping portions. Although watching the trailer for their movie can prompt cringes, their TeenNick flick shows that the folks marketing the group know how to zero in on a demographic. Whereas Utada and BoA just showed up in America and presumed being big in Asia would equal sales abroad, Wonder Girls is being introduced—or, for those who saw them open for The Jonas Brothers, further developed—specifically for the teen and tween markets. Given the music industry’s hyper-segmentation, it’s a smart move to focus on the same audience that turned artists like Miley Cyrus and Demi Lovato into household names.

Girls’ Generation, meanwhile, seem poised to repeat the mistakes of previous Asian artists. They released “The Boys” virtually void of promotion, and now will have to hope an established American rapper can give them a boost—although, to be sure, “featuring Snoop Dogg” trumps “featuring Flo Rida” any day. As for 2NE1, they just started their U.S. push, so their stateside shelf life remains unknown.

While all of these groups could wind up footnotes like the Asian acts before them, the smart money seems to be on Wonder Girls to have the best chance  yet to finally break through and sustain success in the America. Even if that outcome doesn’t materialize, becoming the Korean Cheetah Girls  wouldn’t be a bad gig either.” 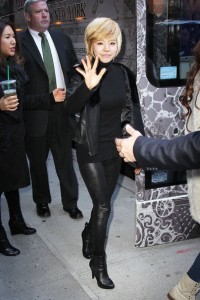 I gotta hand it to this guy; he did his research and I can entirely understand his argument. I agree that Wonder Girls’ have the best chance at success so far while my hopes for SNSD aren’t high. SNSD is supposed to be busy in South Korea this year, with Sunny to MC SBS MTV’s “Music Island” and do a musical, Taeyeon and Seohyun to join Tiffany as MCs on Music Core, Yuri, Jessica, Yoona, and Sooyoung to be busy with dramas, Sunny and Hyoyeon still on Invisible Youth, and goodness knows what else. Maybe more promotions for other songs on “The Boys”? I hope SM doesn’t fly the girls around the globe every week. My instincts tell me that SM is going to focus its attention on EXO Planet and SHINee’s comeback this year, allowing SNSD to get somewhat of a break. But I can never understand half the things SM decides to do so go figure.