Lookism has been a consistent determinant of public image in Korean entertainment. Online or on social media, celebrities are susceptible to receiving criticism on anything that can receive intense scrutiny – from a slight weight gain to a unique facial feature. In return, responding against the criticism is often considered being a “rabid fan” on their part. With every event or performance onscreen, a celebrity’s appearance is associated with their professionalism and “worth” as a public figure.

This makes one’s popularity and appearance often outweigh one another. Meaning, if somebody is popular “enough,” their outer appearance can certainly be an asset. However, public approval may be harder to achieve if one is considered talented, but not attractive by “general standards.” Although, another celebrity may be called out for only having their appearance to work with. In these ways, celebrities constantly wrestle with the public for a more humane impression.

The idea of lookism being perpetrated among celebrities is something new. Through a string of scandals this month, former Sechskies member Kang Sung-hoon has been in hot waters for his past remarks on junior idols’ appearances, along with a rumored beauty pageant and his use of an anonymous Naver ID online. All three of these scandals have involved lookism, both within and beyond the celebrity industry.

Back on Sunday, May 12, a fan uploaded a video on YouTube that shows Kang comfortably conversing with his fans. In it, he mentions that younger idols are “horribly ugly,” particularly when he sees them in the same salon as him. He further explains that idols must be handsome and charismatic, though nobody has managed to meet those requirements since TVXQ. If he were to make an idol group, Kang would choose based on appearance – since that is their “primary” purpose. Though he has avoided naming anyone in particular, he didn’t say no when a fan mentioned BtoB.

However, the greater issues are his projection of lookism onto younger idols as a senior figure and his open discussion of a sensitive topic with his fans. No matter how comfortable a conversation can become, exposing one’s personal thoughts as an older celebrity figure is unwise.

On one hand, jokes on appearances have been common in public and idol-related variety shows. Cast members, MC’s, and even fellow group members have had instances when they would tease a celebrity for this or that feature. In these cases, seniority wouldn’t matter as much, since the aim of the scene is to entertain the audience. However, these are comments made in regulated settings, most likely with an original script at hand and directors watching over the scene. Or, even if they are spontaneous remarks, the clips are only released to the public upon editor approval.

On the other hand, making this commentary with close fans is deviating from the professional boundaries that come with being a celebrity. This has to do with the audience and context. It may be less controversial for Kang Sung-hoon to have made these comments to other similar colleagues or family. But talking negatively about colleagues towards their primary audience compromises their image, as well as Kang’s professional character. Ultimately, the celebrity’s job is to entertain within the boundaries of what they are meant to show. Anything revealed beyond this purpose, especially behind-the-scenes, calls for skepticism on whether it is necessary to mention at all. In this case, projecting lookism onto condoning fans is to choose an unreliable audience who can hold him accountable in the future. Especially if it entails the career success of younger, hardworking idols.

He also took to the Internet. According to SBS funE, Kang once left a comment under a Naver Blog post to certify that it was him. Using the ID “win8787,” netizens discovered that this user not only left degrading comments on other celebrities (Kim Taewoo, G-Dragon, Rain, etc) but also his own members (Eun Jiwon, Jang Suwon, and Lee Jaejin). He hasn’t denied any of these claims so far. Although, some netizens have argued that other comments from this user, such as “Kang Sung-hoon is so good-looking” or “There are thousands of fans waiting for Kang Sung-hoon” make it impossible to be him. To be fair, there is always the possibility of a fan feigning to be Kang Sung-hoon himself. Nonetheless, the user “win8787” referred to himself as “Hoony,” a nickname often used by Kang with his fans.

This issue also relates to the YouTube video in terms of context. While Naver’s anonymity initially served as a justification to exert his freedom of speech, his cover has been blown through the confirmation comment. Writing these thoughts online for anyone to see leaves behind a worse impact than personally engaging with a few fans. It was not professional of him to perpetrate lookism onto other celebrities in unregulated contexts where the audience has free access. Not only can the audience be swayed by Kang, but their reception of said celebrities can change in itself – which is completely unwarranted from the view of those affected. Moreover, the act of degrading others while uplifting himself (on the same platform, no less) calls for an evaluation on what his purpose is in spreading these comments. Is it to really be “transparent” with his fans, or is it simply done as a means to lift himself up?

Lastly, the rumored beauty pageant. The same day the YouTube video was uploaded, a post on community forum site “Kang Sung-hoon Minor Gallery” (platform: DC Inside) wrote about a fan café beauty pageant that Kang himself held one summer (the year is unspecified). According to Segye Ilbo, the post described Kang’s strict standard to be a woman that was 165 cm, 50 kg at the most, and with long straight hair (amongst other “rules”). Whoever didn’t fit these requirements lost the round, although there supposedly was a victor. All this to say, though it hasn’t been confirmed, it hasn’t been denied by either fans or the alleged perpetrator himself.

Compared to the past controversies, this one may be more subjective. After all, one can simply view it as a fan event Kang has held upon everyone’s consent. The issue mostly lies in the fact that even this activity supports the narrative of Kang fully prioritizing appearances off-screen. While this may not have been the only fan activity he ever held with fan café members, it is worth mentioning that he’d hold a beauty pageant as a means to spend time with them. Meaning, he ranked their looks according to his standards, with the people considered to be his supporters. Just the same, it was a private event and perhaps it didn’t hold much harm.

These controversies haven’t done much to better his name since his departure from Sechskies. Past controversies – the embezzlement of a fan club’s charity funds, and maintaining close relations with a fan café administrator – prevented him from participating in an October concert. Two months later, his contract with YG Entertainment was terminated. Following these events, fans and netizens have divulged these incidents that have further reflected on his character and professionalism.

Notably, all of these incidents have emphasized appearance. It remains questionable as to why it was such a common practice for him. Particularly as a senior figure, his fixation on lookism onto others have crossed boundaries between himself, colleagues, and fans. Though he may not be solely responsible for his fans’ receptions, the role of artist versus fan does require professionalism and respect. Fans can be easily influenced to gloss over anything out of favor. In the video, the fans are heard laughing and agreeing with Kang as he openly puts down idols – which is disconcerting, yet not surprising.

Although lookism is an unavoidable part of this industry, Kang has taken it to the extremes by openly looking down on those who don’t seem to “make the cut” based on his standards. The ease and consistency in which he did so reflect on his priorities and standard of respect. His scandals are thus a double whammy – in his behavior as a senior in the industry, and how he has treated fans. As a public figure, he has perpetuated the ever-sensitive issue of lookism towards the two crowds he should hold responsibility towards the most.

Yet, a dichotomy is shown here. While most fans hold attractive celebrities up on a pedestal, Kang has been criticized for insinuating a similar approach within the industry. Perhaps this shows the public’s underlying awareness of the high competition in the industry. It’s further reflective of the competitive atmosphere – the need to stand out and be remembered, in any way possible. Due to the fast-paced conditions of public interest, anything from looks to skills, popularity to discography are used and probed to keep celebrities on the radar.

In doing so, there results a dehumanization of these public figures, whom one can easily forget are the same people as their consumers. While this is a common line of division between celebrities and the public, the projection of lookism that Kang Sung-Hoon perpetrated within the industry itself is discouraging and rather humiliating. The need to have gone this far to assert himself only serves to show that Kang Sung-hoon’s faith in his publicity solely lies in his looks – particularly compared to others.

It is worth questioning whether Kang’s string of scandals will have netizens examine the power of lookism within the industry. Or, if it will tie in character and looks together, even more, to create the rising standard of requiring a “good impression” from all celebrities. 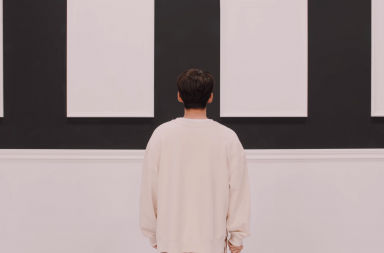