Two of the most buzz-worthy dramas of 2018 premiered in the past fortnight to much hype and interest. Encounter, starring Park Bo-gum and Song Hye-, is a romance whilst Memories of the Alhambra, stars Park Shin- and Hyun Bin and is billed as a fantasy romance. Promotions for both dramas have played up their international filming locations: Encounter begins in Cuba while Memories revolves around a guesthouse owner (Park) in Granada, Spain.

On-location filming abroad is nothing new in K-dramaland. Just this year, we’ve been whisked away to Poland in Terius Behind Me and the Czech Republic in Are You Human? Meanwhile, some exotic locales that have been featured on the silver-screen have become famous in their own right. When Goblin: The Lonely and Great God’s popularity skyrocketed, Quebec in Canada where some scenes were filmed enjoyed a boost in visits from South Korean tourists. A hotel which houses a prop integral to the drama’s plot experienced a five-fold increase in the number of reservations by South Korean guests.

Oftentimes, many of the dramas that film on-location abroad feature these settings briefly, without spending extended periods in these locations. Some dramas, for example, have based only a few episodes fully abroad such as The Legend of the Blue Sea which began in Spain or cult favourite Boys Over Flowers where the characters visited Macau and New Caledonia. Albeit more rare, other dramas have featured international locations as part of the plot with characters in Goblin travelling to Quebec a number of times throughout the drama. However, in most cases the drama will return to South Korea after those few episodes based abroad or base the vast majority of the story in a domestic setting.

Thus, K-dramas are credited for a thriving tourism industry in South Korea as fans from across the world travel to Korean sites featured in their favourite dramas. Following the broadcast of My Love from the Star, visits by Chinese tourists to the Petite France theme park in South Korea, increased seven-fold. Themed K-drama tours are increasing in number to deal with the demand whilst other packages are becoming available as new dramas are produced. The official Korea Tourism Organization itself advertises over 70 tours covering the whole K-drama spectrum from cult fantasy rom-com Secret Garden to The Moon that Embraces the Sun, a Korean sageuk or historical drama.

So why the upward trend of K-dramas increasingly featuring international locations when it could potentially take away from domestic tourism? There are a number of reasons why a production company could perceive gains in branching out more globally when it comes to K-drama filming locations.

The churn of K-dramas means that production companies need to find some way of setting their drama apart from the competition. An easy (albeit expensive) way to differentiate is through the drama’s setting. This can be an attractive and effective option given that contemporary K-dramas are mainly set in Seoul and prominently feature many famous tourist sites. N Seoul Tower has served as a date location for K-drama couples in Coffee Prince and Boys Over Flowers whilst Gwanghwamun Square has featured in sageuk Queen In Hyun’s Man and thriller Iris. However, the over-saturation of some of these sites in K-dramas can reduce a scene or drama’s memorability as it blurs with other dramas that have come before it and shot similar scenes.

An unusual or different setting can help viewers to distinguish a drama from others, even long after it has ended. The location of Descendants of the Sun was split between South Korea and a fictional country, Uruk. A notable date scene between the lead characters was filmed on a beach in Greece. The setting made such an impression on viewers that Interpark, a Korean online shopping mall, launched a nine-day tour package to Greece themed around the drama which received instant reservations.

Exotic locales also arguably inspire more creative story-telling. While K-pop MVs have for years shot on location abroad to add depth and variety to songs, they can be quite passive in their portrayal. In order to not detract from the music, MVs usually rely on the setting’s aesthetics to enhance the music, lyrics, or meaning behind a song. A drama on the other hand has the scope to engage with the different environment and culture and explore this through the plot or characters. Some scenes in the drama Shopping King Louie were shot on-location in a chateau and a Cartier boutique in France. Filming in the birthplace of luxury fashion helped emphasise the chaebol titular character and his extravagant shopping habits.

There is probably also a correlation between the growing consumption of K-dramas by an international audience and the featuring of more international locales. The successful export of Korean culture, via the ‘Hallyu Wave’ as it is known, is now undeniable. K-dramas have played a key part in this proliferation of Korean soft power. According to the BBC, the most recent official figures count $239m (£178m) worth of K-drama exports annually. Increasingly featuring more international settings in K-dramas serves the purpose of making K-dramas more accessible and familiar to a global audience.

Whilst the above reasons are enough motive for production companies to explore international settings for dramas, there are limitations in undertaking such a venture. Notably many of the dramas with on-location filming abroad often feature drama heavyweights including the likes of Lee Min-ho and Park Shin-Hye. This is probably down in part to the oft-prohibitive costs associated with filming abroad. Only by casting huge names can the production company hope to draw large audiences and recoup some of the costs of filming.

On-location filming abroad is certainly here to stay and production companies will probably increasingly incorporate more exotic locales in K-dramas. However, given how much Korean tourism relies on the K-drama industry, and the costs involved, we are unlikely to see a sizeable shift away from domestic filming locations. In addition, despite the growing global audience, K-dramas are primarily filmed for a domestic audience and will continue to feature Korean settings that resonate with audiences. And arguably for many international K-drama fans tuning in, the Korean setting is a big part of the draw.

Going forward, whilst East Asia, Western Europe,  the United States have often topped the list of popular international filming locations, K-dramas do appear to be branching out more widely. Eastern Europe has been increasingly tapped up as an option in the past few years. Meanwhile Vagabond, a drama starring Lee Seung-gi and Bae Suzy, is due to in 2019 with on-location filming taking place in Morocco. These trends hopefully herald a broadening of horizons for K-drama filming locations that can only serve to increase its global popularity. 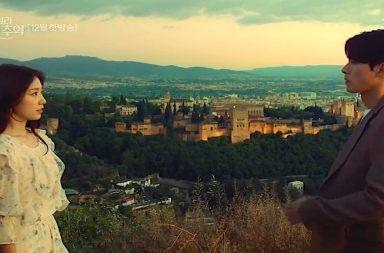 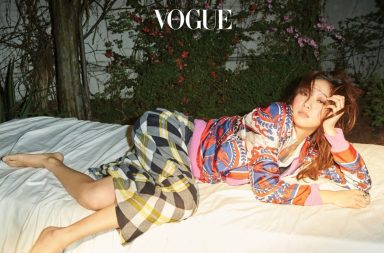 For Your Viewing Pleasure: Goblin 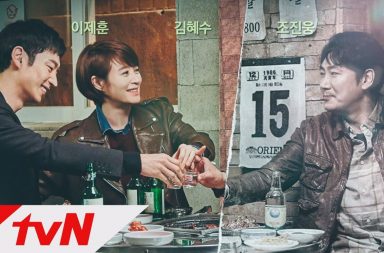