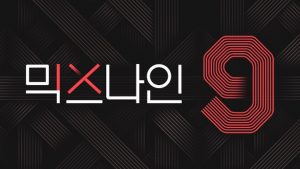 YG Treasure Box marks the company’s second foray into the crowded survival show genre in less than a year, coming hot on the heels of MIXNINE which ended in January this year. Given the enduring negative publicity surrounding MIXNINE, why, you may ask, is YG looking to get involved in another survival show? YG Treasure Box seems to be a calculated attempt by the agency to go back to basics, driven by sound business decisions and, crucially, a return to focusing on its core consumer base: the fans.

MIXNINE premiered in October 2017, billed as a survival reality show with the aim of producing a project idol group who would promote for four months and perform a concert abroad. MIXNINE was expected to hold its own against KBS’s survival show The Unit which was airing concurrently, not least because of the involvement of Han Dong-chul, of Produce 101 and Show Me The Money fame. However, low ratings dogged the show and controversy followed the season finale when the finalist group’s debut was cancelled by YG citing timeframe issues and the breakdown of negotiations with the agencies of finalists. Throughout the MIXNINE saga, many viewers criticised the agency for not upholding its side of the deal despite fans spending time, effort and money supporting their favourite hopefuls.

Enter YG Treasure Box, which seems like an attempt to put the fans front and centre again. This is best seen in the choice of V Live as the main viewing platform for YG Treasure Box. Whilst the show will also be made available for television broadcast at a later time on JTBC2 as well as on YouTube, V Live will hold rights to exclusive content such as unreleased videos, close-up camera, and live content from trainees. The move to use V Live as the primary channel for viewing is a sign that YG is prioritising a platform dedicated and tailored to fans.

V Live’s accessible format in terms of cost (it is mostly free) and global availability, as well as its capacity for real-time fan engagement, makes it a popular platform for idol promotion. The fan experience is enhanced further through the chemi-beat system: the higher the rate of engagement by fans (e.g. through heart-tapping during V Live broadcasts) the more beneficial it is for both artists and fans on V Live. Targeting V Live’s demographic of young fans will also probably go some way towards repairing the company’s ratings amongst viewers who were left wanting after MIXNINE. 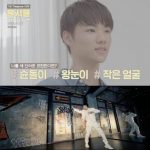 The format of YG Treasure Box has also been shaken up to differentiate it from MIXNINE whilst also giving fans greater influence over the show’s outcome. Where the latter followed a more traditional survival show format with rankings based on a mix of public votes and a judging panel, the rankings on YG Treasure Box will be decided entirely through public voting. Viewers, known as ‘Treasure Makers’ will vote for their favourite contestants through V Live hearts and “decide everything” according to a statement from the agency. This format probably aims to return power to the fans in order to encourage viewer participation whilst also making the voting process more transparent. Meanwhile, the title of ‘Treasure Makers’ seems like a deliberate attempt to empower the viewers and increase their investment in the outcome of the show.

Even the title of the show YG Treasure Box has been carefully chosen to cater to fans. The title is a tongue-in-cheek reference to the reputation YG has of ‘locking’ away its artists (or ‘treasures’) following debut, a result of the notoriously long wait times between comebacks for fans of the agency’s artists. The title choice is a bit of YG-style contrition: addressing a negative public perception by acknowledging the underlying criticism whilst putting a classic YG spin on it. Nevertheless, the agency has sought to use YG Treasure Box to address this reputation by making the point that the show will reveal all trainees currently on the agency’s roster. Indeed, one of the taglines of the show promises to reveal all of the “male trainees who were hidden behind the veil”. 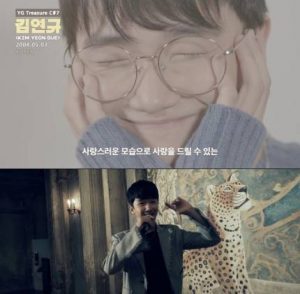 YG’s own trainees will actually make up the entire contestant list of YG Treasure Box, unlike MIXNINE which was promoted as a multi-agency search, auditioning hundreds of contestants from over 70 agencies. The show will also bring back popular contestants from K-pop Star and MIXNINE such as Bang Yedam and Choi Hyunsuk. Featuring fan favourites, with the prospect of a long-awaited debut, will almost certainly draw in the loyal viewers who felt betrayed by the lack of activity of these idols following appearances on K-pop Star and MIXNINE. Meanwhile, limiting the number of contestants, as well as restricting it to the company’s own trainees, is a sound business move: the absence of other agencies means more flexibility and less ‘politics’ for YG. Happy Face Entertainment is currently suing YG for the lack of MIXNINE’s debut; no doubt the agency is keen to avoid a similar situation arising.

Finally, the agency’s prior experience with this particular survival show format has set a precedent for YG Treasure Box to be similarly successful. All of the boy groups currently on the company’s roster, including Big Bang, Winner, and iKon, were formed through the agency’s own survival programs and YG founder and producer, Yang Hyun-suk, said YG Treasure Box would be an “extension of those shows”. Through these programs, the agency’s boy groups were able to build up solid fan bases prior to debut and promotion through the show established the groups even as rookies in the Korean entertainment industry. It, therefore, makes sound business sense that the agency is going back to what it does well.

Whilst the spectre of MIXNINE still looms large, YG Treasure Box has been cultivated in a way that sets it sufficiently apart from its YG survival show predecessor. Inevitably, some viewers will be tuning in to see how it fares compared to MIXNINE and industry hawks will no doubt be watching closely to see whether the company can recover from the MIXNINE debacle. However, taking it back to basics by concentrating on fans and enhancing the viewer experience whilst also refocusing on the YG brand and using a format that has previously served the company well will give YG Treasure Box and the agency itself a fighting chance to reverse its fortune in the survival show space. 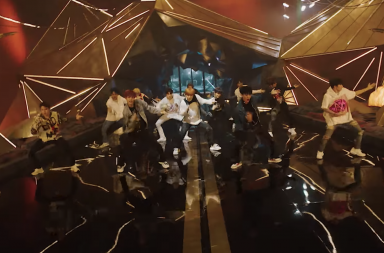