Monsta X Grows Their Popularity with "The Connect" Concert 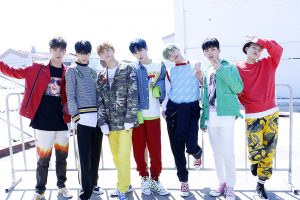 Monsta X is a fairly new K-Pop group that has been quickly building their American fanbase since their debut in 2015. They have participated in KCON twice, with an added appearance at Klub KCON, and they launched their second world tour this year which included 7 locations in the United States.

While I did like “Hero,” I wasn’t initially a big fan of Monsta X. It was only after “Jealousy” that I took more of an interest in the group. When I heard they would be performing in Los Angeles, I knew I had to jump at the chance to watch them perform in a full concert. Without knowing their music too well, I purchased tickets and then decided to immerse myself in everything Monsta X prior to the event.

Monsta X was created through a survival show called, No. Mercy. Currently the group consists of seven members who are all in their 20s: Wonho, Minhyuk, Hyungwon, Jooheon, Kihyun, Shownu, and I.M.  Although Monsta X is still young to the K-Pop scene, the members are already taking part in the creative process of their music, down to the choreography. It is not surprising that they have quickly established a connection with their international fans, especially with their appearances at KCON and their world tour. 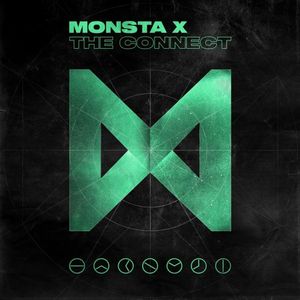 Last year, Monsta X performed at the small but intimate venue, The Novo, in Los Angeles. This year, they have upgraded to a larger sister-venue, Microsoft Theatre. This shift is another indicator of their fast-growing popularity. The venue apparently has a “no pictures or recording” policy, including even the use of smartphones. This was my second or third time having to endure such a rule and it has been both a blessing and a pain. While it is a breath of fresh air getting to see the concert without having tons of smartphones blocking my view, it would have been nice to get a shot here and there of Monsta X during their performances. Granted, the pros of the ban were short-lived as fans realized towards the end that it was a rule that had not been strictly enforced.

A common trend in K-pop concerts are their cinematic intros that look like they belong in the trailer of a sci-fi action flick. Monsta X did not disappoint with various scenes showing sword training, time-jumping, and a mysterious car accident. It all came together to tell a story, and ultimately led us to the concert’s theme of connection. This in turn tied itself to Monsta X’s remarks during the concert about why K-pop has become popular. I.M suggested that regardless of our backgrounds, it’s a way to come together and connect.

To balance out the serious scenes, fans also got a chance to get to know each member in a party style interview. The boys were asked silly questions like who they would choose to be their boyfriend and how they would apply lip gloss in a commercial. Especially for a newbie like me, it was great to get to know their personalities a little bit more and see the less serious side of them. 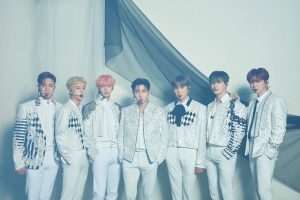 During the live concert, Monsta X took the time to talk to the audience and even elaborated on the creative process of their sub-units. They spoke about how they decided on their songs, the lyrics, and how they designed the choreography. I.M in particular spoke about why he made the decision to cover Drake’s “Fake Love.” He said it was because he knows that his fans will always be true love to him. I was impressed with everyone’s English-speaking skills, and their eagerness to connect with and hype up the crowd.

During the concert, Shownu, the leader of the group, stood out the most to me. Although he was off-key at points, he had an energy and strength behind his voice that would draw me in. For the opposite reason, I also noticed Minhyuk, but only because he shyly hit his notes to the point that I felt like I couldn’t hear him.

Even though most of their choreography was tight and in-sync, Monsta X took the time to show more relaxed and casual dance routines. Sometimes. they chose to just stand around the stage and walk to the audience. I liked the mix with the dances they provided, and how well it went with each song. While fans do want to see them dancing, it was nice to hear their voices come in cleaner without all that jumping around. 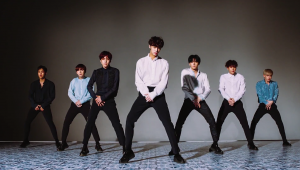 Within their set list, it was also a treat to hear Monsta X tackle ballads which are not what I would commonly associate them with. The first of which being “Gravity,” which, even without dancing, still had a powerful energy. Although, I still prefer their dance and hard-hitting tracks more, it was great that they managed to show their versatility.

Unfortunately, this was Monsta X’s last concert for their US tour. They put in a lot of work into their parts, and I could tell that they are interested in the music they are putting out. The members are not just musicians, but also entertainers as they are are attentive and conscious about engaging and interacting with the crowd. Additionally, it is clear Monsta X made an effort to bond with their American fans early on in their careers with their consistent appearances at events in the US. If you get a chance to see them before the end of their world tour, then I would definitely recommend checking them out.