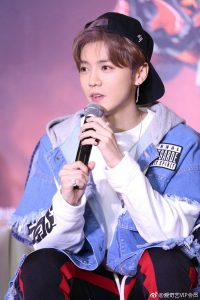 South Korea is one of the leading Asian countries when it comes to exporting cultural contents abroad, and in the past 20 years music has been an excellent vehicle. One of the most common ways for young artists to step a foot into the Korean music industry is to debut as an idol. While being in a successful idol group definitely brings a lot of exposure and the chance to build a fanbase potentially worldwide, there are also downsides that can’t be overlooked.

On top of hectic schedules, limitations on personal life (such as an unspoken ban on having relationships) and barely no off-time, the profits would have to be considerably split between the artist, other bandmates, and the agency. The artist would also get little to no freedom on artistic choices regarding his/her own career, making it difficult to pursue his/her desired style of music when it might clash with the image the agency has given to the artist.

This introduction perfectly describes Luhan‘s situation. Being one of the faces of EXO and at the same time receiving several love calls from his motherland China definitely put him in a tough spot. Eventually, he took the windy road and decided to leave his established position in K-pop to pursue a career in China. This turned out to be a wise choice for him and in the span of only 4 years, he managed to become the second highest paid celebrity in China in 2017.

Luhan set up his own agency in China and has now total control over his career. This means he is free to pursue the kind of music he prefers. In his latest EP, Re: Play, Luhan leaves behind his delicate and boyish image, showing a more manly side of his through trap, electronic, and EDM sonorities. 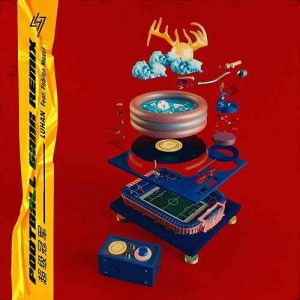 The album kicks off with a remix of “Football Game” by Danish DJ Fabian Mazur. The song’s production is outstanding; the usage of trap sonorities mixed with future bass elements is especially interesting. The second track “Skin To Skin” leans more towards soft electronic and glitch hop, fitting Luhan’s soft voice well. Machinedrum, who remixed this track, is best known for working with alternative artists such as Solange.

“Lu,” the album’s third track, goes back to a trap sound with a vast use of autotune and vocoders. Trap music has been a trend in the past few years, but unlike most trap songs who end up being too loud and overly produced, Troyboi‘s remix of “Lu” is very dry and minimalistic. Troyboi is another well-known name in the DJ scene and has a collaboration with Diplo under his belt. Closing the album is “Catch Me When I Fall” by R3hab, Dutch DJ and producer acclaimed worldwide, who ironically also remixed a song for EXO. As expected from R3hab, this remix is EDM and extremely solid. No one would be surprised to hear it at an EDM festival.

Back in his homeland, Luhan has been given possibilities he could hardly have gotten as a K-pop star. China’s astonishing economic development as a country is also reflected in the entertainment business. This is especially true for the movie industry: the second biggest worldwide. Because of that, Chinese actors often receive love calls from Hollywood and even Luhan himself took part in a Chinese-American blockbuster starring Matt Damon (“The Great Wall”).

While the movie industry is flourishing, China’s music market is nowhere as big. One potential reason is that Chinese music industry has been plagued for years by piracy. Only recently are  Chinese people starting to pay for music through streaming services.  While Korea is undoubtedly a smaller country, its music industry is way bigger than China’s. 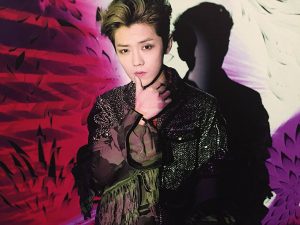 Ever since he left EXO and subsequently K-pop, Luhan has been active in several fields. Unlike his K-pop days, his main source of earnings does not come from music alone. This allows him to have a more generous budget available and invest more music production. It gives him the freedom to work with whoever he wants to and he is no longer forced to be too concerned about performance results — which have been stellar regardless.

Breaking free from K-pop is not an easy choice. Despite its flaws, the K-pop industry is established, acknowledged worldwide as successful, and offers its artists extraordinary chances. At the same time, there are instances where an artist might come across different opportunities, which perhaps might be a better fit for the individual.

Luhan’s fame in China was such that focusing on his homeland’s market turned out to be the best choice. With total control over his career he is now trying to show a more mature side of himself through his music, with the help of some of the most sought after international DJs. Re: Play is more than just a collection of remixes of Luhan’s previous hits. For Luhan, the EP yet another ambitious step, this time towards the biggest music market worldwide: the American one.