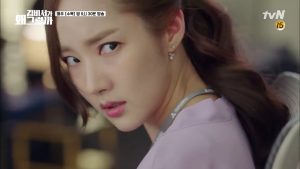 After four episodes of enjoyable hijinks and promising character growth, viewers of What’s Wrong with Secretary Kim were suddenly hit with every drama fan’s nightmare: a writer swap in the middle of an airing show. Following the broadcast of episode 4, it was reported that writers Baek Sun-woo and Choi Bo-rin—who worked with Secretary Kim PD Park Joon-hwa on the Rude Ms. Young-ae and Let’s Eat series—were brought on board to co-write episodes 3-4 with the original writer, Jung Eun-young. They took over from episode 5 onwards, and Jung Eun-young left the drama; the reasons for the change remain undisclosed.

A mid-show writer swap almost always means bad news (see: Introverted Boss and The Time We Were Not in Love). Fortunately, Secretary Kim ambles ahead without a noticeable dip in quality. The plot remains minimal, and hinges more on character growth, which Anna discussed in her review of episodes 1-4, and on the development of the main couple’s relationship. In the hands of less skilled actors, the bare-bones plot would have bogged down the drama. But fortunately, the writing and outstanding performances from Park Seo-joon and Park Min-young make Young-joon and Mi-so fully realised, nuanced characters. 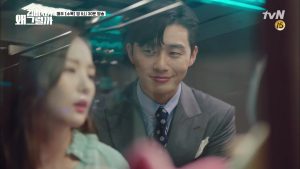 By the end of episode 4, one too many accidental falls onto Young-joon’s body later, Mi-so was becoming acutely aware of the changing air between them. This was catalysed, no doubt, by Young-joon being a step ahead of her in realising his feelings for her, and beginning to act on them. While he tended towards more extravagant acts in the first quarter, in episodes 5-8, he learns that there’s more to a relationship than impressing your love interest, or simply charging ahead with confessions and proposals. Together, he and Mi-so begin to navigate issues of consent, conflict resolution, and jealousy, and they build an increasingly solid foundation for their romance to take off.

This review contains spoilers for episodes 5-8. We’d also like to request readers to use spoiler tags in the comments when discussing episodes that have yet to be reviewed.

While the forced bodily contact scenes are cliched enough to induce eye-rolls from seasoned rom-com viewers, many other moments give a twist on familiar rom-com tropes. With every hint dropped about the childhood kidnapping mystery, my eyes narrowed a little more with scepticism. It was starting to look as though the drama might use this childhood connection to prove that Young-joon and Mi-so are somehow fated to be together, which felt contrived. To my surprise, though, this trope was used to show the opposite: that a seemingly fated connection can also be a hindrance to love. 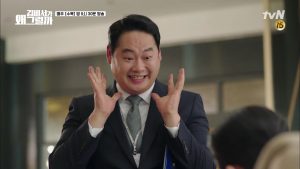 In episode 6, Mi-so’s belief that Young-joon is her childhood oppa causes her to see him through a rose-tinted lens. Her actions towards him become motivated by a romanticised view about a fated connection from a distant past. This forms a considerably less stable foundation for their romance compared to if Mi-so were acting out of her current, newfound feelings for him. Young-joon’s huffy remark, “Is she trying to enter her memories? She should put more effort into making memories with me instead,” emphasises the limitations of her romanticised perspective: it directs her attention to recovering and idealising a fixed past, instead of encouraging her to focus on shaping the present and the future.

Another interesting effect of the kidnapping mystery is the light it sheds on Young-joon as a character. While he was originally introduced as a hopeless narcissist, the viewers are gradually led to realise that he is not actually insensitive to the feelings and needs of others; he’s just very much out of practice. He has a steep learning curve when it comes to courting Mi-so in a way that respects her agency. But it turns out he has been caring for her in his own way—by hiding the truth of the childhood kidnapping from her, in the hopes of sparing her the trauma he struggles with every day. 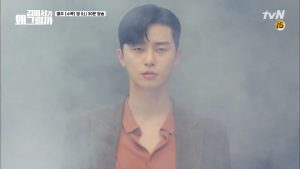 Another hackneyed trope that the drama gives a fresh take on is the love triangle, specifically one in which two men bristle at each other as they vie for the affections of the leading lady, but in turn forgetting that she is the one with the final say. In every tense conversation they share, Young-joon and Sung-yeon speak of Mi-so as if she were a prized possession they were duking it out over. With Sung-yeon as a hovering threat, Young-joon’s efforts shift away from trying to win her heart, and become more about their long-standing sibling rivalry. Sung-yeon wants to take Mi-so away from Young-joon to discredit Young-joon’s abilities; Young-joon wants to keep Mi-so by his side to assert his superiority over his brother.

By having Mi-so set things straight by admitting that she is in a “some” relationship with Young-joon, but refusing to date him because his behaviour is motivated more by jealousy and not wanting to lose to his brother, Secretary Kim subverts the objectification of women in romantic dramas. The way Mi-so delivers her umpteenth rejection may be comical—she uses her professional secretary tone, and coats it with layers of forced patience—but she is making a serious, powerful statement to reclaim her agency. 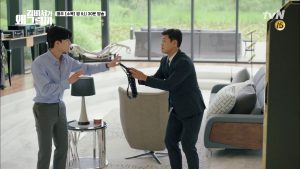 By asserting herself, Mi-so reminds Young-joon that she is not a possession to be pulled this way and that in this tug-of-war of masculinity. She is a person with feelings and choices, and she gets to decide when and how she wants her first relationship to begin. She may be inexperienced in love, but she is sensible enough, and perhaps serious enough about her feelings for Young-joon, to recognise that if she accepted his confession, they would not be starting on the right footing. The fact that she responds to Young-joon’s frank confession with an equally honest rejection also shows that they communicate very openly, an important quality in any relationship.

To his credit, Young-joon pays attention to what Mi-so says and feels, unlike Sung-yeon who never quite registers Mi-so’s discomfort at his advances. There’s a deliberate irony: Sung-yeon is the more naturally observant one, evident in how he picked up on Mi-so’s flower allergy, in contrast to Young-joon’s obliviousness to her allergy in episode 1, and to how truly terrified she was on the roller coaster in episode 3. What sets Young-joon apart is genuine concern for Mi-so, and effort. 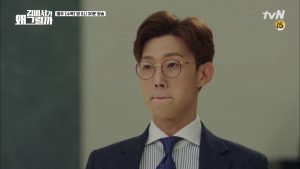 Perhaps Young-joon’s narcissistic tendencies give him an edge here: because he is so self-assured, he never reacts to Mi-so’s rejections by thinking something is wrong with him. He believes, rightly, that he just needs to find a better approach, and so bounces right back. This is fascinating to watch because it also tells the viewer about what makes him a successful businessman: he doesn’t take failures to heart; he assesses the situation, locates the problems, and gets advice (from his trustworthy wingman Yoo-shik). He then adapts his approach accordingly, and goes in for the next try.

As Secretary Kim moves into the second half of its run, I do find myself wondering about how long the kidnapping mystery is going to drag on, and to what end, as well as what plot remains after the cat is out of the bag. But if the first eight episodes are any indication, the show probably has more surprises and a satisfying growth arc for both leads in store, so I’m going to sit back and watch on with cautious optimism. 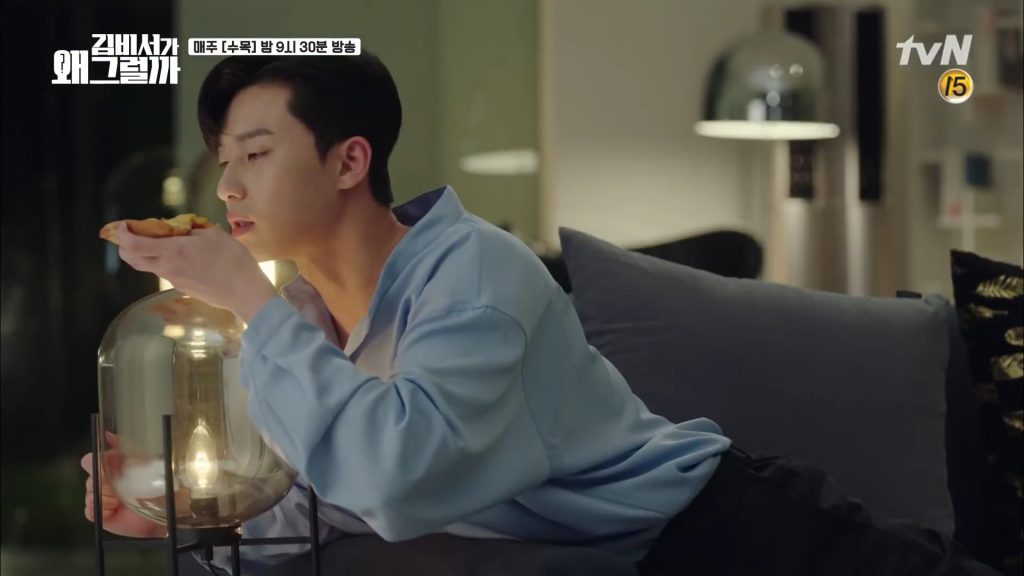