SB Mid-Year Review, 2018: Dances with an Eye for Detail 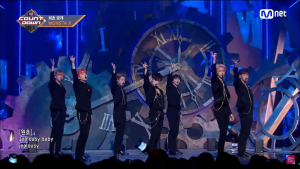 We’re half-way through the year, and it’s time to check out which dances stood out. Dancing is an artistic way of interpreting the emotions of a song and, especially for K-pop, can really make or break a MV. For us, it’s the little details in the choreography that emphasize the lyrics and helps bring a 3-dimensional aspect to the music. From subtle hand movements to changes in facial expressions, there’s more to dance routines than just moving to the beat. Cjontai, Lorenza, and Celina discuss their largely similar top 3 picks for the mid-year. 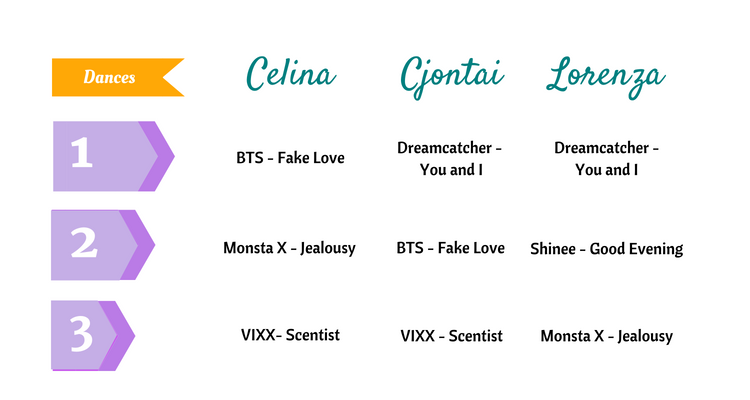 Lorenza: It looks like we all overlap with at least one artist for all our lists. What drew you to these dances instead of others?

Celina: Although there are other factors, I personally liked the intricacies of the dancing. It’s not just them all doing the same and simple moves. There’s also an emotional element to them that helps bring the song to life.

Cjontai: It’s funny that my list contains picks from both of you. I almost picked Monsta X’s “Jealousy”, but then VIXX came along with “Scentist”. That was that. This year I found myself drawn towards choreo with more intricate moves and eye-catching formations. All my picks have both of those in common.

There’s also the matter of subtle musicality that brings out the lyrics of the song through specific gestures. Think about how N and Leo sniffed their wrists for “Scentist”. It’s a tiny move, but it caught my attention for its direct reference to perfume. Then you have BTS with their “see no evil, hear no evil, speak no evil” point dance during the chorus. Their hand movements are small and smooth, but they get the message across.

Celina: Those are the little details that make any dance mesmerizing. In “Scentist,” I liked seeing the dancers section off into groups of three to let the main singer/rapper have a moment to stand out. Not to mention seeing them sing live while performing these moves. One of the things that first intrigued me about K-pop in the first place is their ability to sing and perform difficult dance moves at the same time. What about you, Lorenza?

Lorenza: I totally agree. The little details and formations are what drew me to both Monsta X and Dreamcatcher’s “You and I” choreography. The small hand gestures in Dreamcatcher’s dance, combined with Dami’s cane trick, is what pushed that dance to the top of the list for me. I love that they utilize all seven members to help shift focus to whoever is singing or rapping without completely changing formation. But when they do, the transitions are interesting, and it’s not just a simple shift.

It’s no secret that I love Monsta X and “Jealousy” solidified that love for me. They always excel at combining more powerful dance moves with subtle, delicate movements. Like VIXX, there are also a couple moments where Monsta X sniff their wrists, as if looking for the scent of their loved one. Plus, the moment between Hyungwon and I.M when Hyungwon controls I.M’s movements is so fluid.

It was really difficult to not choose Shinee as number one for me. The dance style of “Good Evening” is more modern rather than hip-hop or jazz influenced. It just looks so beautiful and at times frantic. My favorite part of the choreography is when they’re all sitting on the chairs, moving each other and together. The visual is beautiful and works well with the rap.

Unlike any other choreography we chose, I think what makes Shinee’s dance stand out is that there’s very little repetition. It’s more of a “dancer’s choreography”. There is some, of course, but each section of the song has a unique set of movements. The dance was choreographed by Taemin’s friend, Sugawara Koharu, the same choreographer for “Move”. I think that because the choreographer is close with one of the members, she was able to make the dance more tailored to them.

Celina: Lorenza, it’s great to know that you’re a Monsta X fan. I’m new to their music. I like that their dance also incorporated different styles when the focus shifted to that dancer. I don’t know his name, but the rapper from the second verse of “Jealousy” performs his routine with so much energy and even forms an “x” for one of his lines. His dancing almost looks erratic but went well with his lyrics. His dancing stood out for me from everyone.

I love seeing the dancing change with the beat and lyrics of the song. I see that also in BTS’ “Fake Love”. RM and Jungkook do a simple yet artistic moves for RM’s rap while the others get out of the view. When J-Hope comes in with his rap, the dancing quickens, and the other members seamlessly join in.

Lorenza: Do you mean Jooheon? I really love how he dances; he’s very “bouncy” and it feels like half the time he moves he’s on the balls of his feet. Jooheon and Kihyun have the most distinct way of moving in Monsta X, at least in my opinion.

I love the parts of “Fake Love” that you mentioned too, Celina. “Fake Love” has some really amazing moments within it, especially all the times when Jungkook mirrors something another member does. I feel like with each comeback BTS’ choreography gets better and better.

Celina: Yes, that’s him! He definitely stood out for me.

Cjontai: Since we’re discussing individual stand-outs, Leo and N were so captivating. I practically fainted every time N did this little cheeky snarl while staring into the camera and singing. What kills me is knowing they actually do that on purpose; it’s part of the choreo. 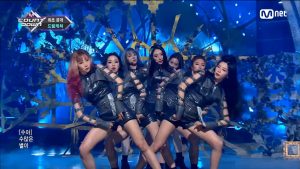 Going back to Dreamcatcher, I love the way JiU opens the dance. She does this creepy head jerking move with this evil smirk, and it gets me excited for the performance. You can’t underestimate a powerful opening. It sets the mood for the entire dance.

I’m going to give it to Jungkook for “Fake Love”, not for his infamous shirt lift, but for his expression in the part before it. There’s an intensity in his eyes as he curves his hands around his chest singing “Mold a pretty lie for you”. That got me more than his shirtless antics. Not that I’m complaining because I enjoyed that, too. I’ll give an honorable mention to Jimin for those dangerous splits.

Speaking of honorable mentions, I want to give one to Hyolyn for “Dally”. It’s not just sexy moves; she put in a lot of work for that routine. Some of those floor moves require a strong core to pull off. If you don’t have that, that routine is going to hurt. With “Dally”, Hyolyn shows us her flexibility and growth as a dancer. I’m proud of her.

Celina: Face expressions are another one of those details that really adds emotion to a dance and helps bring it all together. I liked Jungkook’s expressions as well. “Fake Love” in general had some of the best showcases of facial expressions.

Hyolyn’s routine was also amazing, and definitely difficult to pull off. I can’t wait to see what else she’ll have in store for us.

Lorenza: Oh lordie, my girl Hyolyn. “Dally” is clearly such a complicated choreography. It’s hard to make moves like that look both sexy and fluid. Plus, that song is a banger. I could go on and on about how much I love Hyolyn, so I’ll stop myself here.

There were so many strong contenders for choreography just for the first half of the year. I’m excited to see what the rest of the year holds.

Celina: 2018 is starting off great with dance routines. I’m also eager to see what other acts will be bringing up their dance game this year as well. 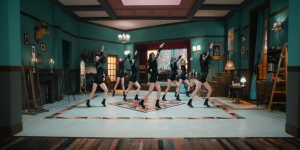 Cjontai: I agree. I’m looking forward to every live performance because the routines have become so fantastic. These groups are truly putting their all into their dancing, and it shows. You can see it in their stage presence, that look on their faces that tells you they were meant to perform. It’s not a part of the choreo, but it’s a part of the experience, the exchange of energy between idols and fans. It’s the part of K-pop that I enjoy most.

Let us know what dances stood out for you so far this year, and what details you’ve noticed!