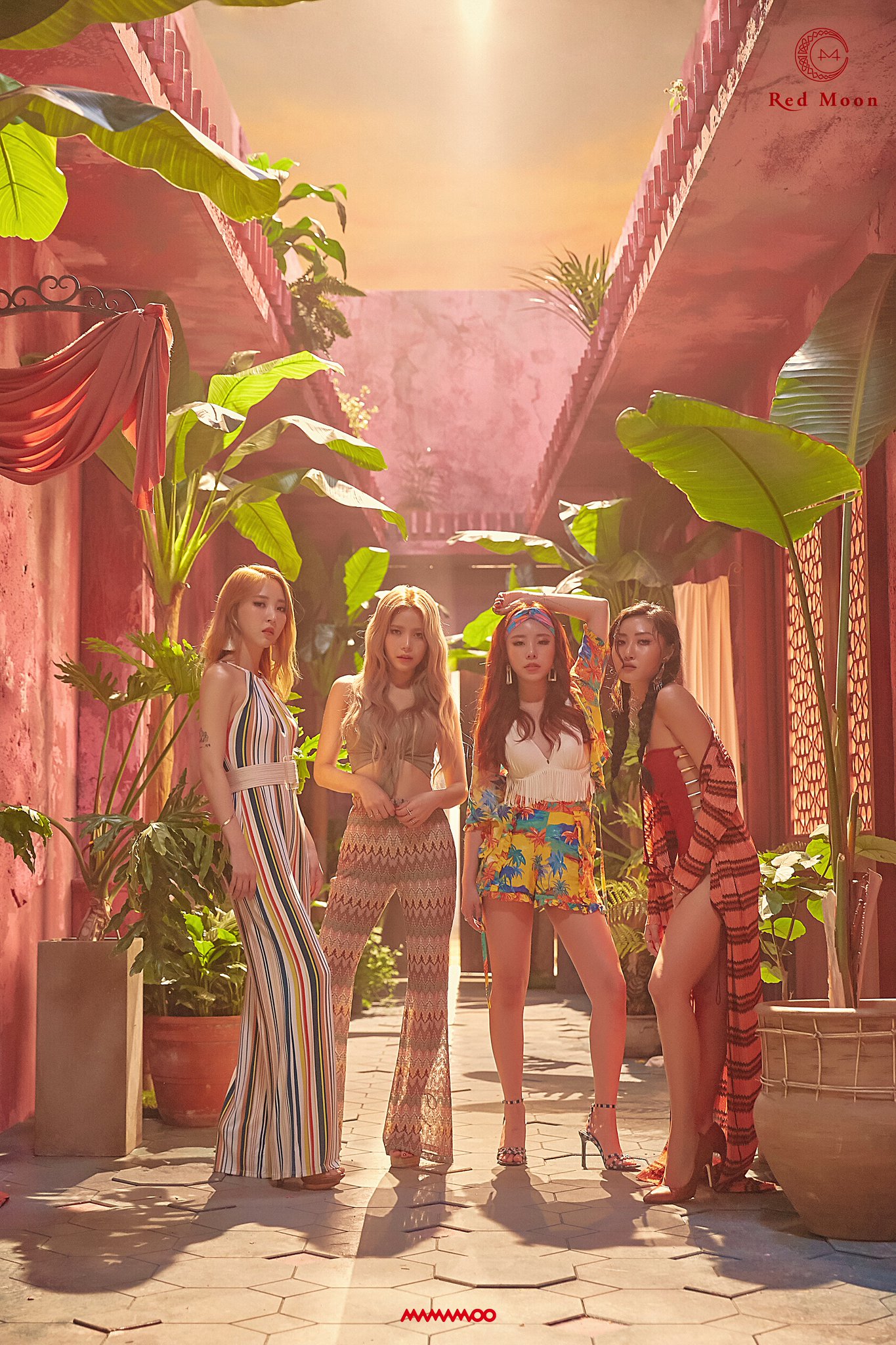 Continuing from Yellow Flower, Mamamoo has returned with Red Moon, with the ladies persisting to portray a more mature side of themselves, and blowing fans away with their impressive vocal skills. It’s interesting how the group uses colour to preview the mood of their mini-albums. Where Yellow Flower represented the sentimentality of spring, Red Moon tries to fire up the summer with its six tracks, and almost succeeds.

Red Moon opens with “Midnight Summer Dream”, an alluring, sexy track with eerie lyrics that break away from the expectations of your usual summer night, and brings another, more disturbing aspect of it. With the catchy beats of the snares and drums, the seductive xylophone, and the notable vocals, “Midnight Summer Dream” makes for a confusing bop when the lyrics hit you.

I was alone when I fell asleep.
But someone is standing in the room.
I probably saw wrong.
(…)
I thought it was a dream,
But why do I keep looking behind me for some reason?
It feels like someone is watching me.

The mini-album then goes on to its title track, “Egotistic“, a pop song with a heavy Latin influence, like an increasing number of K-Pop songs. I do feel that the song appealed to me more because I first listened it while watching the music video, though. With the aesthetic appeal of the visuals, the song made a greater impression on me than it would have just by itself.

What is impressive about the track is that it’s consistent in bringing out the edgy, summer vibe that Red Moon is all about. Despite the song’s genre being unique from the rest of the tracks, its beat and lyrics stay true to the fiery, excited energy that the mini-album tries to bring. A groovy dance track, “Egoistic”‘s provocative lyrics and the contrast between Moonbyul’s rap and Solar‘s vocals during the pre-chorus is what made the song. It may not be Mamamoo’s best track, but personally, the track is second only to “Sleep in the Car”, though I suspect the music video had a large part to play in that. 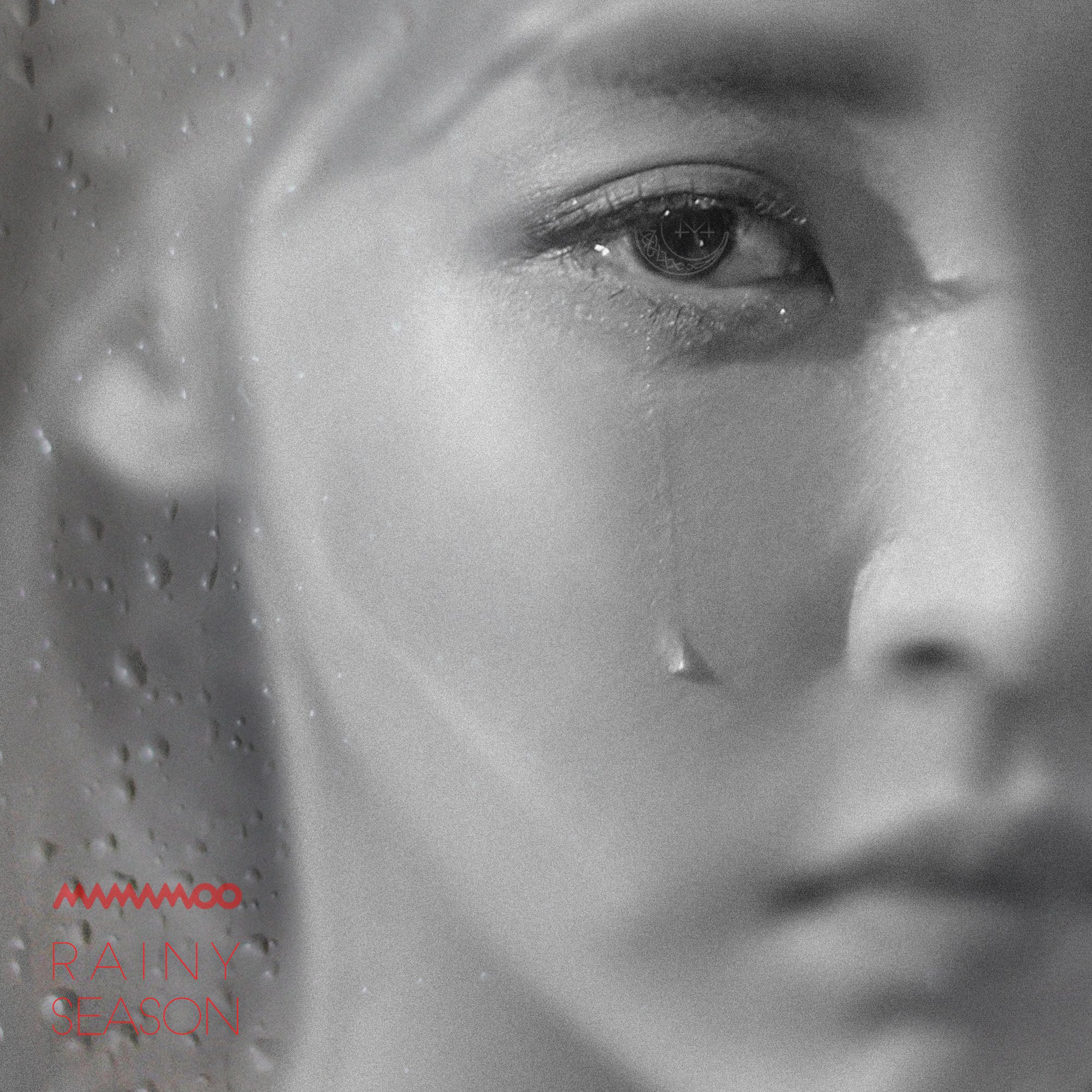 Red Moon then takes a turn with its pre-release ballad single, “Rainy Season”. This R&B song had all of them singing in a lower register, closer to their natural range, and it really worked. With its minimal instrumental and an emphasis on the harmony of the quartet, this ballad is bound to make even non-ballad fans (like me) want to listen on. Staying consistent in presenting a fresh perspective of the summer season, Mamamoo provide an anti-thesis to your usual idea of summer; our stereotypical ideas of the season are full of the hot sun shining down on us, and whirlwind summer romances. Yet, “Rainy Season” talks about a sad break-up during the wet, summer monsoons — a scenario we rarely think of.

The next song — which sounds a lot like something GFriend would put out — “Sky! Sky!” has a refreshing beat, but is very unlike anything Mamamoo has released. While fresh music from any group is thrilling, this didn’t cut it for me. Moonbyul’s rap felt out of place and forced, particularly because instead of continuing on the heavier beat that the rap relies on, the song turns back to its original instrumental backing. The only engaging part was the juxtaposition of the upbeat, cheerful instrumental and the actual gloominess of the lyrics, which talks about the narrator being unable to get over their love interest. 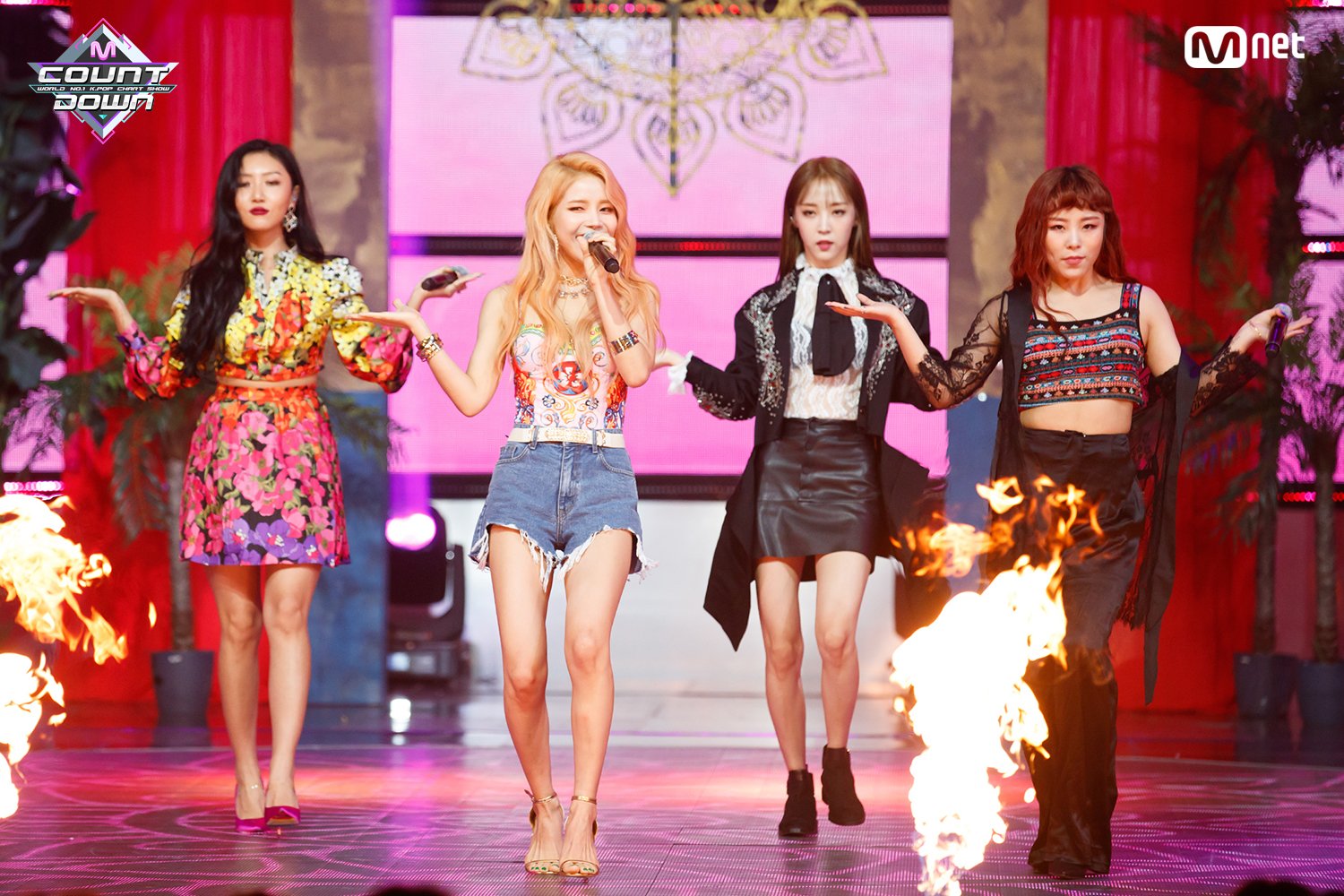 Following on the concept of juxtaposition comes the next song, “Sleep in the Car”, which makes you want to do anything but sleep in the car. That’s probably the point: “At least you can sleep in the car,” sing the four ladies. With lyrics written by Solar, Moonbyul and Hwasa, this song boasts Moonbyul rapping and the powerful, rough vocals of the rest of the members, and has a classically funky beat that makes you want to dance on your seat. Both the lyrics and rhythm go hard, making the song a top contender for the best song on the mini-album.

Red Moon wraps up with “Selfish“, Moonbyul’s duet with Red Velvet‘s Seulgi. Together, they reestablish the meaning of being selfish, and promote the message of loving yourself and providing yourself with self-care. A perfect song for summer, I think, when the idea of having to have a summer body seems daunting.

A mid-tempo R&B track with some hi-hats and drums, the song falls short in terms of instrumental, and presents itself as just another mediocre K-Pop song. Like “Egotistic”, the music video has a colourful aesthetic, and contributes a huge part in making the song appealing to its audience.

All in all, Red Moon tries extremely hard to be different from your usual summer music, and almost succeeds. Experimenting with new, unique styles, Mamamoo falls just slightly short of making a fantastic mini-album start to finish, though their attempt is commendable. As a casual listener of Mamamoo’s music, Red Moon has intrigued to discover more from the quartet, who show a mature, edgy versions of themselves this time around.