The Rumour Mill: Go Hyun-Jung And The Ethics of Celebrity Journalism 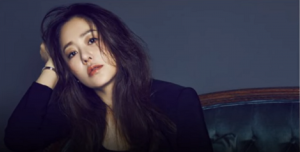 It was confirmed by IOK Company on February 8 that actress, Go Hyun-jung would no longer be filming in the leading role of the SBS drama Return. Rumours of conflicts between Hyun-jung and the directing team were confirmed by both SBS and IOK. The conflict was not able to be resolved amicably and Hyun-jung “accepted SBS’s notice of departure” to leave the drama.

Prior to the confirmed split, rumours from both sides of the matter were reported, often using anonymous, single sources as the basis. This kind of journalism, even when applied to celebrity stories, is unethical and makes it difficult to trust media sources.

According to the Code of Press Ethics adopted by South Korean newspapers in 1957, news sources are meant to present truthful, objective, and factual statements that are free from external influence. There are a number of practices generally frowned upon in ethical journalism, the use of anonymous sources being one.

“Journalists should, in principle, specify the source of the information they use in reports. However, they can accept the request from the source for anonymity if they believe there is an overriding public interest or news value at stake. Even in this case, journalists should try to confirm the reason why the source requests anonymity, the source’s institutional affiliation, and his or her place in that organization.” – Code of South Korean Press Ethics 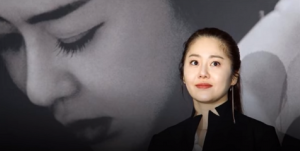 A number of external factors make it difficult for newsrooms to uphold the lofty ideals of the Press Code. The legislation of the country is one of the barriers to free and factual reporting. The Basic Press Law, passed in 1980, restricted many media freedoms and gave the government power to revoke the registration of print publications. Independent news organisations were taken over by a single state-run institution; local newspapers were shut down; and national newspapers were prohibited from sending correspondents to provincial towns. Journalists were banned from newspaper writing and editing by the Ministry of Culture and Information.

Media censorship was managed through different arms of the government and coordinated through “reporting guidelines” which were enforced through varying degrees of intimidation. Public criticism of government censorship grew so vocal that even the state-run Yonhap News Agency reported that “TV companies, scarcely worse than other media, were the main target of bitter public criticism for their distorted reporting for the government in the early 1980s.” The law was abolished in 1987, however, press reforms have been gradual.

Freedom House has ranked press freedom as “partly free“, as media houses are prohibited from reporting information perceived to be pro-North Korea and can be prosecuted under the National Security Act. Defamation laws also carry a maximum sentence of seven years in prison which can act as a deterrent to free speech. The Korean Communications and Standards Commission still exercises control over publications through warnings, fines, or suspension of broadcasting licenses. The KCSC is mainly government appointed, and in 2010, the UN said the Commission “essentially operates as a censorship body”. 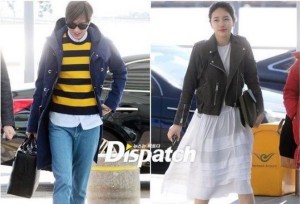 Corporate businesses have also been implicated in attempting to influence news coverage through leveraging advertising revenue. According to an Atlantic article, journalists who uncritically accept the word of powerful corporations are referred to as “Samsung scholarship students.” During the 2017 corruption trial of Samsung vice-chairman, Lee Jae-yong, and other top execs’ texts were revealed between media executives, journalists and Samsung staff offering positive coverage in exchange for advertising and other favours. Samsung’s reputation for attempting to influence the media is notorious. Allegations range from trying to kill press coverage of a film portraying them in a negative light to criticisms of “advertising oppression” prompting journalists to self-censor or have their advertising revenue pulled.

The influence of government and corporations in the media has had a tangible effect on how much people trust their news providers. According to the Reuter’s Digital News Report, only 23% of South Koreans trust the news, the lowest confidence level out of the 23 countries surveyed. The reasons behind this mistrust could be rooted in the history of censorship and interference disrupting accurate media coverage. People have even theorised the breaking of entertainment news stories has been coordinated to distract from negative political stories. These conspiracies don’t seem so fantastical considering the history of media manipulation in the country.

Most Koreans get their news from Naver which accounts for about 70% of Korea’s internet news. The platform holds a lot of influence over what information reaches the public. Naver has been accused of manipulating the ranking of trending articles in response to influence from people in power. In October last year, the news portal apologised for reportedly burying an article criticising the Korean football league from its main sports news tab upon request by the sports organisation. The Korea Herald called it the “first confirmed case of news manipulation by the portal.” In a country where over 80% of the population primarily accesses their news through the internet, the prospect that it can be so easily influenced is a cause for concern. 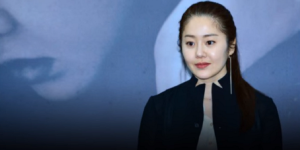 Naver’s desktop and mobile news portal is South Korea’s most popular news site, but they are able to skirt responsibility for the articles they publish because they do not produce the content. However, there are some quality control mechanisms in place. The Committee for the Evaluation of News Partnership is tasked with evaluating news outlets who supply content to portal sites like Naver and Daum. The committee also punishes content producers who violate contract conditions by publishing sponsored or violent content or clickbait. Sometimes news outlets will attempt to get more hits on their sites by producing multiple articles that are almost identical relating to a trending keyword.

The committee is made up of members chosen by the Korean Newspapers Association and the Korean Broadcasters Association, among others. It has been criticised primarily about the lack of transparency in the assessment criteria for choosing news outlets. While it is imperfect, it provides some quality oversight to the overwhelmingly unregulated internet news game.

All these external factors make it more difficult for journalists to abide by a code of ethics and easier for them to resort to unsavoury tactics to feed the public interest. Ethical issues in celebrity coverage are by no means exclusively a Korean problem. Peggy Jo Abraham, news director of E! Entertainment Network, bemoaned the phenomenon of some US media outlets no longer insisting on independent confirmation before publication or distribution. Ken Baker, West Coast executive editor for Us Weekly magazine said we have become a voyeuristic society and spoke of the need to distinguish between newsworthy stories and  “journalistic pornography”. Deciding on the editorial value of a story is based on different things, celebrity status and entertainment value may all contribute to its relative importance. That being said, all the content contained in the story should be objectively told and held to an editorial standard. Simply repeating gossip is not journalism and should not be publicised as such.

The consequences of circulating prurient articles speculating on the lives of celebrities don’t only distract from stories with greater public interest, they also affect the subjects on which they focus. Negative press surrounding an entertainer can be a death knell to their career. Scandals regarding an entertainer’s professionalism including accusations fueled by anonymous information have happened before with disastrous effect on the subjects’ careers. Yewon and Lee Tae-im’s scandal in 2015 had a serious effect on Tae-im’s career and reputation. It became so serious, Tae-im appeared in a celebrity edition of Hello Counselor to dispel misconceptions about her character. 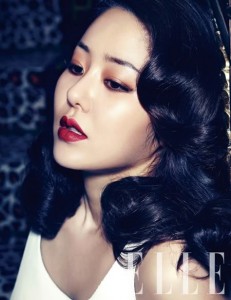 In Go Hyun-jung’s case, she has lost a leading role in a high-profile drama while the publicity over her departure from Return has objectively benefited SBS. Good Data Corporation revealed their rankings of the “most buzzworthy TV appearances” for the week of 5-11 February based on netizen reactions, the number of news articles, blog posts, communities, social media posts, and video clip view counts for each category. Hyun-jung’s departure from Return placed first in the drama category.

According to Nielsen Korea, the drama’s 14 February broadcast hit peak viewership ratings of 20.4 percent. The 15th and 16th episodes of the drama both earned respectable viewership numbers, in part due to the controversy surrounding the final episodes. Meanwhile, more articles about Hyun-jung’s attitude and smoking habits have emerged which will doubtless influence her reputation with the public and potential employers.

Rigorous fact-checking and ethical standards of reporting are not often mentioned when discussing entertainment journalism, but how it is conducted can expose problems with the media industry as a whole. News outlets allocate time and resources to reporting on the entertainment industry and those resources should be valued at least by factual journalism. The consequences for the subjects of the stories should also be considered. It seems as though, in a media environment that can be controlled by those in power, individuals can be easily used and forgotten, like yesterday’s news.

Who is Korea’s Most Distinguished Talent of 2010?

“Daemul” still at the top