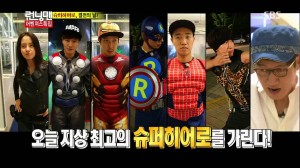 Last week was a great week for K-dramas as some good new dramas got better and new drama with potential didn’t disappoint. Heroes were born, enemies were made, friendships were tested and hearts were broken–all signs of a great week in K-pop.

The following are my picks for the 5 Things that happened in K-pop last week that were just a tad more special than the rest. If you are not up-to-date on your K-pop and don’t like spoilers, proceeding would be a big mistake. Big. Huge.

In last week’s episode of Monstar, we finally got a glimpse into the back story of Cha Do-nam and some clues as to what might have happened between he and Park Kyu-dong. At the urging of Sun-woo he comes to the group’s practice to prove to Seol-chan that he doesn’t want to be part of the group not because he can’t due to no talent, but because he really doesn’t want to. Of course he really wants to, but has been avoiding it due to the big secret behind why he and Kyu-dong are no longer friends.

4. Best Wishes To You

Choi Jin-hyuk lucked out getting the role of gumiho daddy Wol-ryung in the K-drama Gu Family Book. He’s been acting for 7 years, but it only took two episodes for him to use that luck and some of his awesome acting skills to create ‘Wol-ryung Fever’ making him a new hot commodity in the K-drama realm.  He appeared in an episode of LOEN Entertainment‘s CSI Series and talked about his contribution to the drama’s OST, the song “Best Wishes To You,” what he thinks of ‘Wol-ryung Fever’ and which Seo-hwa is his ideal type. Been loving Gu Family Book it hasn’t been great, but it’s been good and I can’t wait to see how the story will end next week.

3. The Queen is Back

Go Hyun-jung‘s newest drama The Queen’s Classroom debuted last week and instead of trying to rule the country, she’ ruling one sixth grade class. She plays the new teacher at school and her students quickly learn that she is all work, no play, ruling the class with an iron fist. The kids in the drama are great and Go is quite frankly scary as the no nonsense teacher. I get that she’s probably not evil and has her reasons for trying to teach them about life in this manner, but boy it’s been kind of brutal so far.  In this scene she takes over the 6th grade self defense class and takes out her frustrations with the previous haphazard demonstration on poor Ricky Kim.

So this is kind of a first for 5 Things because I’m highlighting something that didn’t really happen this week, but something I did this week–and that would be all finish watching all the episodes of Mamma Mia on KBS World‘s YouTube channel (thanks to a Seoulbeats’ reader’s suggestion).  The good news is the station uploads full English subbed videos of their shows on the channel. The bad news for international fans who keep up-to-date with their K-pop is that the videos are usually uploaded a few weeks after they originally aired in Korea.  But I’ve learned that being able to enjoy a show like Mamma Mia with the English translations is definitely worth the wait or a second viewing. I’m a big fan of gag woman Kim Yeong-hui and her mom. MMA fighter Kim Dong-hyun was a good sport and is getting a lot of love on the K-variety circuit with him also appearing on last week’s Running Man as the “Hulk.”

The K-drama I Can Hear Your Voice is turning out to be an awesome show. The characters are multi-faceted and the show’s pace is swiftly satisfying. Loved this scene when Lee Jong-suk’s character, Park Soo-ha, gets to know the real Jang Hye-sung (Lee Bo-Young). He gets a real big dose of reality when she turns out not to be the perfect princess that saved him that he has imagined her to be, but a real working woman who doesn’t look perfect when she first wakes up, isn’t a great cook and frankly is a bit of a slob. The great part of this scene that got cut out of the clip below is when a disillusioned Soo-ha screams “No!” in class when his teacher talks about the beauty and wonder of first love and how everyone’s first love is like that in their hearts.  The drama’s ratings continues to increase with every episode and has a pretty good hold on first place for the Wednesday/Thursday drama slot.

K-dramas at the End of the World (Part 2)