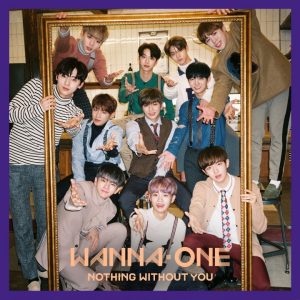 Wanna One debuted in August and topped the charts with “Energetic“, from their 1 X 1 = 1 (To Be One) EP. Just three months later they have returned with the repackaged version, 1 – 1 = 0 (Nothing Without You), which adds three new tracks and two remixes to the group’s discography. With the promotional power of Produce 101 Season 2 behind them, their popularity seems assured, and this comeback proves that the music is worth the hype.

Vocalists Minhyun, Jaehwan and Sungwoon open the album with intro “Nothing Without You”. Its short but sweet and functions both as a love song and a sincere message to the group’s fans to thank them for staying by their side on the journey to success. This track works in tandem with outro “To Be One”, symbolising the boys’ determination to achieve their dreams. It is interesting that the first verse of “To Be One” is identical to the chorus of the intro of the same name on their debut album. This serves as a neat way for Wanna One to wrap up the first step of their career, while promising fans that there will be more to come through the heartfelt lyrics.

The title track “Beautiful” is one of the three new songs on the album. Alongside a cinematic MV, it introduces a new side to Wanna One in contrast to the high energy dance tracks such as “Energetic” and “Burn It Up”. It is unusual for a rookie group to change their image so drastically this early in their career, yet Wanna One pull off the shift to a more melancholic sound with a smooth, sincere pop ballad that will tug at the heartstrings with its surprisingly poignant lyrics. 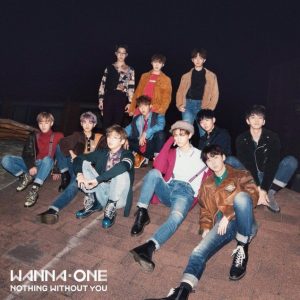 These similes add weight to what could otherwise have been a fairly generic break up song. The multi-layered production also gives “Beautiful” depth musically. The song is built from soft synths and a mid-tempo beat that make it soothing but add enough zest to create an earworm. The subtle piano backing the English hook sweeps towards a chorus that enables each vocalist to shine as they trade lines together. By allowing Daniel to perform the final verse a cappella, the song ends on a perfect, bittersweet note. This song was an unexpected choice from Wanna One, but a move that proves their versatility.

The two other new tracks, “I Wanna Have” and “Twilight” both effectively round out Wanna One’s pure pop sound, but the cute cotton-candy production of “I Wanna Have” disguises the sincerity of its lyrics. The song tells the typical story of the boys being lovestruck over a beautiful girl who’s caught their eye, which is a universally relatable theme, but the verses pinpoint small details of having a crush to make the song stand out. 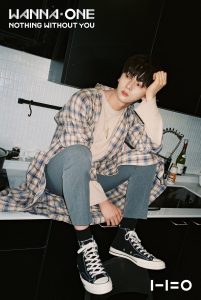 “Twilight” introduces a stronger dance-pop sound the group has already proved themselves adept at, and leads smoothly into remixes of “Burn It Up” and “Energetic”. The “Burn It Up” remix reworks the original to create a much more streamlined production that enhances the song. While “Burn It Up” was originally a great hype track lyrically, the cluttered background meant its potential was somewhat lost in the noise. This new version strips that back and gives the members’ performances a new clarity, making it well worth the repackage. The reworking of “Energetic” gives the boys’ debut title track another dimension, with two funky breakdowns slipped in before and after the bridge. The addition of electronic flourishes, autotune and reverb add some edge, making the song even more punchy than in its original incarnation.

1 – 1 = 0 (Nothing Without You) is a great demonstration of why repackaged albums are always worth a listen. Wanna One have taken this opportunity to develop and improve upon their original sound while playing with a more melancholic image in the title track. With the album topping South Korea’s music charts on the day of its release, Wanna One have firmly found their footing in the industry, proving themselves capable of musical depth and versatility. I definitely want to hear more.